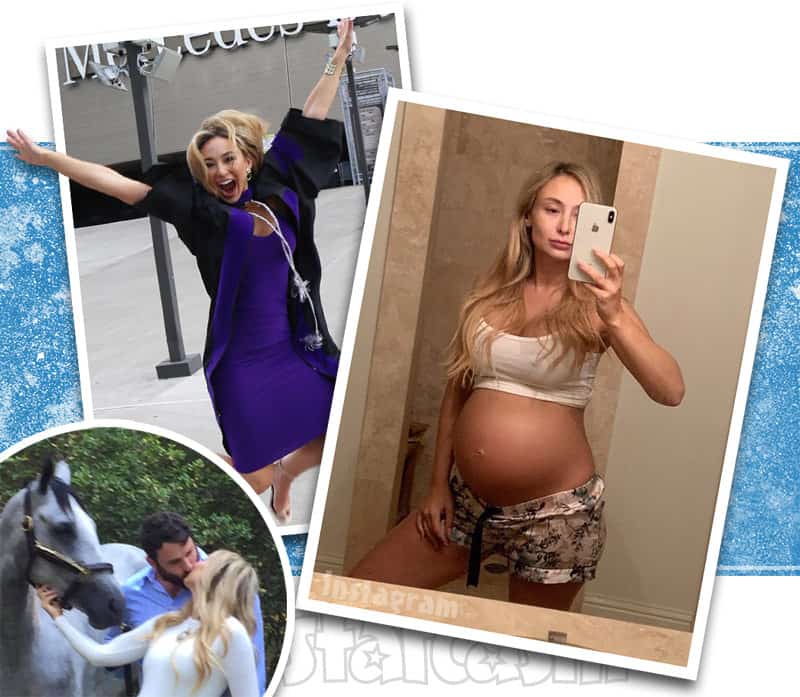 It has been a CRAZY year for Southern Charm: New Orleans star Reagan Charleston! Almost exactly one year ago, Reagan announced that she and husband Jeff Charleston were splitting up. Since that time, the 31-year-old reality star has graduated law school, divorced, passed the Bar Exam, remarried, opened a brick and mortar store for her jewelry line, and gotten pregnant with her first child!

WHO DID REAGAN CHARLESTON MARRY?

Clearly, the marriage and pregnancy are the biggest shockers for show fans — especially given how quickly they happened after Reagan’s divorce from Jeff. However, part of the reason that Reagan’s new relationship developed so quickly is because it didn’t involve someone new.

Reagan and her new husband, 32-year-old Reece Thomas, first dated over a decade ago. The two reconnected after Reagan’s split from Jeff. “We had instant chemistry; it was like no time had passed at all,” Reagan tells People. “The last decade just went out the window and we picked up just right where we left off, when we were in our early 20s, like college kids.”

Especially after my divorce, it was so nice to have someone who felt familiar. I had spent months living on my own in the French Quarter, living an independent life. And right when I felt ready to start dating again, Reece came back in my life. It felt like serendipity. Like everything happened for a reason. There’s no other way to describe it: it just feels right…

…He’s my second chance. I’d gone through this really difficult transition in my life after my divorce and I was looking at being 30 years old where my friends were getting married for the first time and having babies and starting families and I was looking at completely starting over. That was terrifying. But then Reece came back into my life and everything fell into place.

I immediately realized what I had in front of me — a second chance at love, at being happy, at a stable marriage, at having a family. I did not miss my chance to get on that boat. And yes, it wasn’t convention that I immediately was in another relationship after my divorce was finalized; I understand that. But when you know, you know. To stifle that or slow it down, it would have just felt like enormous regret

Reece Thomas is the Operations Manager at Elite Thoroughbreds in Folsom, Louisiana. If you follow Reagan on social media, then you have undoubtedly seen her numerous photos with Elite Thoroughbred mare Silver Dove.

“Surprise! Southern Charm New Orleans' Reagan Charleston Is Married with a Baby Girl on the Way ‘This is my second chance at love, at being happy, at a stable marriage, at having a family,’ Reagan Charleston tells PEOPLE” ☺️ Thank you, @people & @ninedaves — Link in bio for full story & more pictures by the ever talented @mattdiaz_photog x @mateoandcompany #southerncharmnola @bravotv • Biggest thank you of all to my love @reecethomas504

Reagan says that her take on having children took a quick turn after reconnecting with Reece. “I spent so much time convincing myself that I didn’t want kids, that I didn’t want a family, that it just wasn’t right because I had this career and every excuse I could make for myself,” Reagan reveals. “And then as soon as we started seeing each other, it was like, 6 months later we started talking about when we wanted to get married and start having a family.”

Things must have happened VERY quickly, because Reagan is due next month! Her actual due date is June 18, but Reagan has been told by her doctors that she could go into labor at any moment.

Reagan explains that some pre-labor issues at right around 30 weeks had her on bedrest. But the super-busy reality Renaissance woman was taken off of bedrest a couple of weeks ago, freeing her up to get back to hustling — as much as an eight-month pregnant woman can.

Amazingly, all the major changes in Reagan’s personal life over the past year may not be able to compete with all of the changes in her professional life! Back in October, Reagan opened her very first brick-and-mortar store for her Reagan Charleston Jewelry lin.

“What a magical night!!” Reagan wrote in a caption of an Instagram photo from the Grand Opening on October 18. She was effusive in describing her “dream come true”:

Thrilled to open the doors to Reagan Charleston Jewelry in Canal Place! Come see us today! Second floor across from Saks & BCBG • We are open until 7! Thank you to all of my wonderful friends and family who came out to support this milestone occasion!! This is a dream come true. I am so in love with my little jewel box!! My cup runneth over! … • And a very special thanks to my sister @reina_renee who will be managing the store and to my amazing @canalplacestyle Style Board Mentees who were the most beautiful @reagancharlestonjewelry Models! ??? #SouthernCharmNOLA #nola

Meanwhile, back to law school! Reagan graduated Loyola University’s Law School in May — right after she passed the Bar Exam in April. Remember, she had to prepare for the Bar Exam while six to seven months pregnant and maybe on bedrest!

WILL REAGAN START HER OWN LAW PRACTICE?

So what is next for this reality star, Bravontreprenur, lawyer, and first-time mom-to-be? Reagan reveals that she does plan to put her law degree to work by going into practice with her new father-in-law.

“We’ve been getting prepped on top of all of this,” Reagan tells People. “I’ll be able to bring my baby to work. The idea of balancing family and career was something that was so scary to me, but the whole family is rallying around right now. Reece has been so supportive in helping me figure out how to navigate all of that.”

Reagan says that she plans to focus on real estate law.

Reagan’s current personal and professional trajectories are taking off at such an explosive rate that is seems impossible to sustain them! On the personal end, I suppose it is possible that Reagan could quickly follow up with another pregnancy — perhaps twins or triplets? 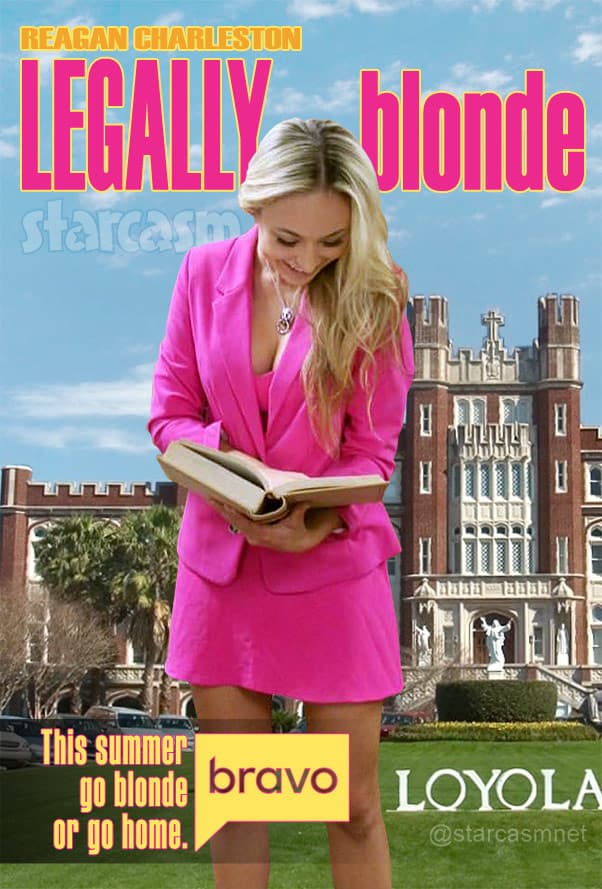 All joking aside, CONGRATULATIONS to Reagan! So much about reality TV fandom is celebrating pettiness and misfortune, so it always makes me smile to see someone with a ? ton of hustle enjoying the successes that can come from hard work. I look forward to meeting Reece when Southern Charm: New Orleans Season 2 premieres Sunday, June 2 at 9/8c on Bravo!

Ciara and Russell Wilson made a baby