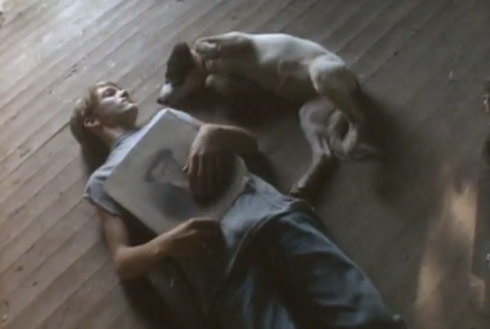 Some peeps are trembling in their conspiracy theory boots that tomorrow’s predicted Mayan apocalypse will bring about the end of the world. This doomsday theorizing immediately made me think of one of the very first music videos I ever loved and still one of my favorites, R.E.M.’s “It’s the End Of the World As We Know It (And I Feel Fine)” from their 1987 release Document.

In the clip, directed by James Herbert, a young kid with a skateboard is seen rummaging through the trashed remains of an abandoned farmhouse, periodically showing his finds to the camera. Just in case you’re not familiar with the classic here it is:

There was just something magical in the combination of the song’s rushing lyrics and this all-American looking kid sifting through the disregarded mess and then dancing towards the end that has always stuck with me. This was the time that big hair bands ruled but everything about this was not that. The sound, the look, the sentiment – all of it together remains relevant and succinct to these eyes and ears.

I checked up on this thing we call the internet, something that kid wouldn’t have had then – or a cell phone for that matter, to see what had become of the young man who was featured alone in the clip. His name is Noah Ray and today he plays in a band of his own, out of Athens, Georgia, called Music Hates You. Here’s a side-by-side of Mr. Ray: 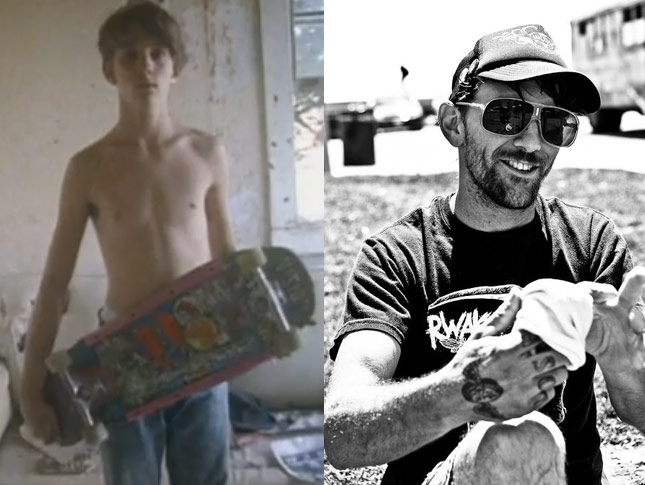 In an article posted to R.E.M. in the Hall, Jim Thompson caught up with Noah and asked him how the video affected his life. Ray was a local high school student when a skateboarding friend introduced him to Herbert. He arrived at 5AM for the shoot and 8 hours later with minimal direction he was done with his work. When he appeared on MTV and the video caught fire he suddenly became a local celebrity of sorts which of course made his life suck at school.

“I was a poor white trash kid in high school, and all of a sudden, I had more popularity than the popular kids. Popular kids don’t like to lose their popularity, especially to white trashy kids. It just made it rough.”

Funny enough, Noah wasn’t in to the local band that had made it big. His taste at the time leaned more to The Ramones or KISS. 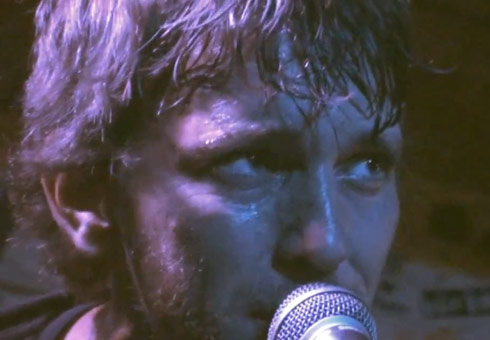 My favorite part of being in Music Hates You has always been playing music with the guys that have been in the band. Every one of them has been a wonderful player, co-creator, and friend. No one more passionate than Greg. No one more authentic than Zack. No one more loving than Forest. No one understood it more than Patrick. No one more honest than Erin. No one more natural than Keith. I have no idea why I was there, but I’m glad they never caught on that I shouldn’t have been (grinning). Glory to God.

Thanks guys, for playing music with me tonight.
F**k off…
and gooooooooooood night.

Noah’s living proof that life moves on. And so it will after Friday too.

What happened to the ‘JK Wedding Entrance Dance’ couple? Are they still together?

Where is The Hills’ Justin Bobby now?