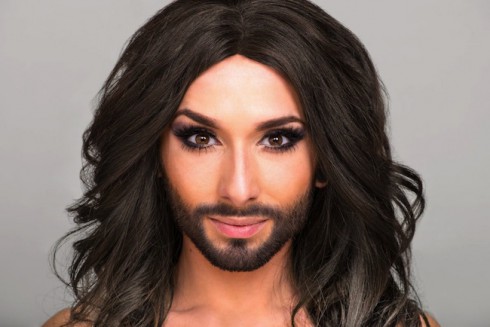 25-year-old Austria bearded drag Queen Conchita Wurst is making international headlines the weekend by winning the Eurovision Song Contest 2014. She won the competition with a rendition of a song called “Rise Like A Phoenix.” Wurst told reporters after the show, “For me, my dream came true. But for society it showed me that people want to move on, to look to the future. We said something, we made a statement.”

Tom Neuwirth created the persona of Conchita Wurst when he was a teenager to deal with bullying. The name “Wurst” can mean “Who cares?” In German. Conchita looks a bit like what Kim Kardashian would look like with a bear. 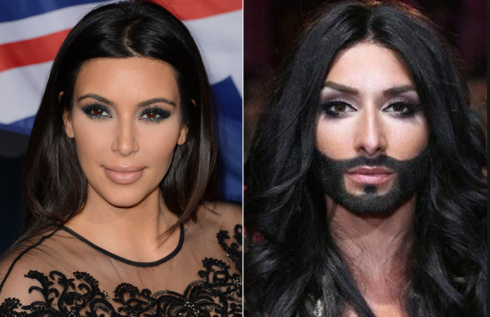 But here’s Conchita, a.k.a. Tom, sans beard and makeup: 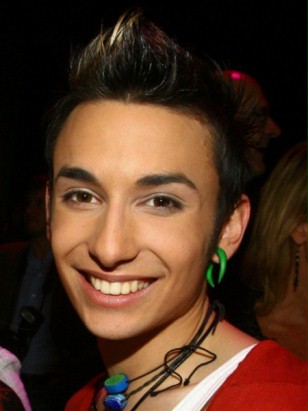 Conchita has made it clear that she is not a transgendered woman, but rather a drag queen, who does it all for show. Even the beard is painted on. She wanted to make this distinction because “[being transgendered] is such a huge decision and it’s just incredible what you have to go through to become a woman,” Conchita tells us. “But me as a drag artist, this is just dressing up and painting.”

With the beard and the makeup Conchita bears a striking resemblance to Russell Brand, who played up his look-a-like status on Instagram 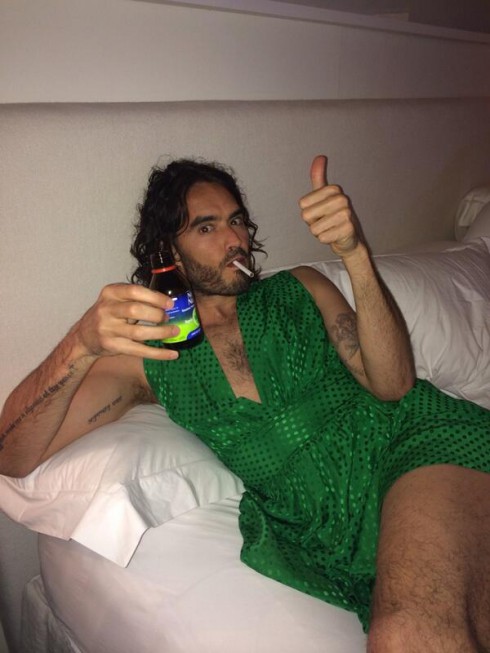 BEFORE THE 90 DAYS Darcey Silva shares before & after transformation photos