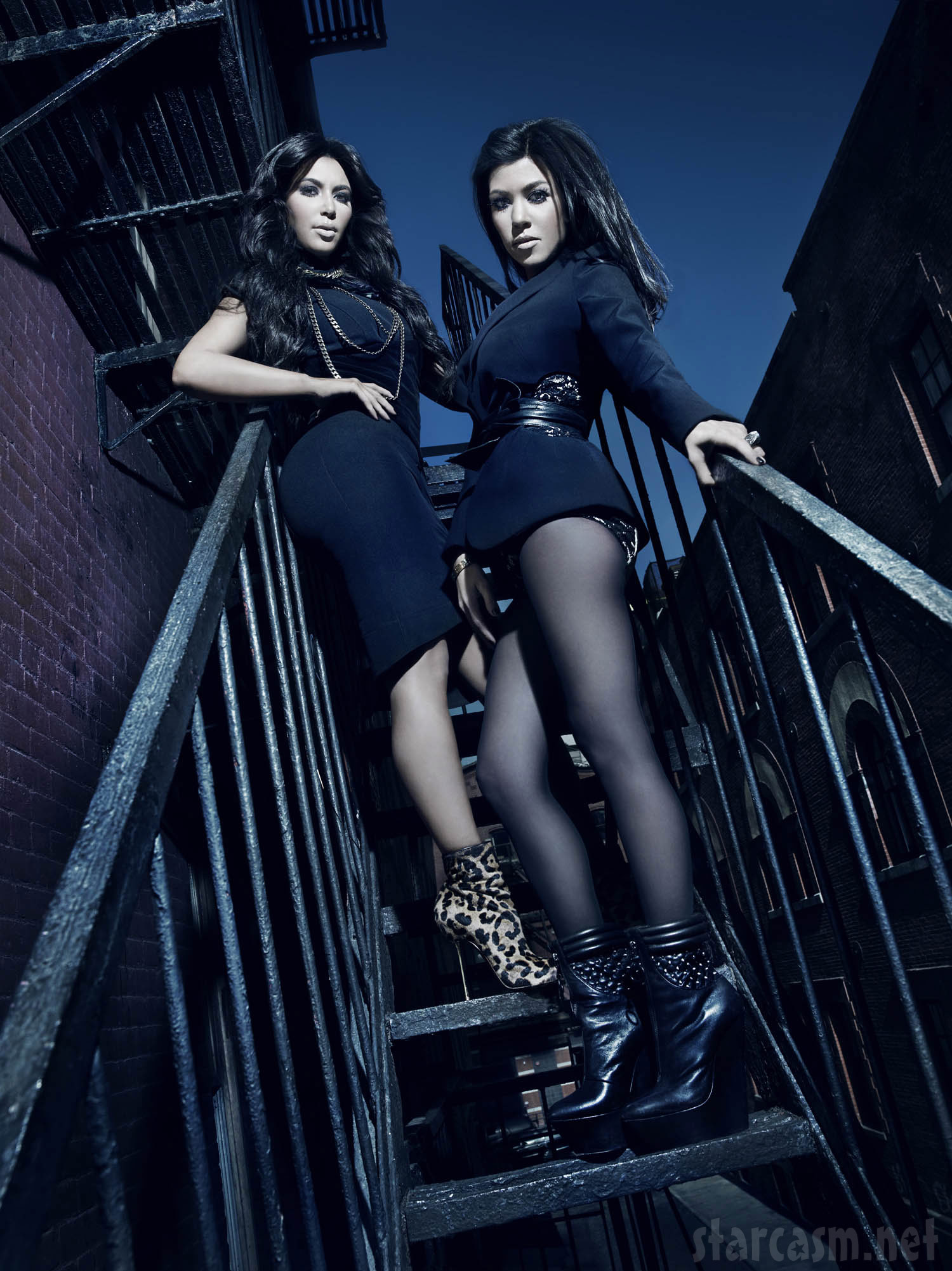 On Sunday, January 23 at 10/9c on E! the Kardashians further expand their reality show empire by invading the Big Apple when sisters “Kourtney and Kim Take New York!”

(Click on any of the images for larger photos in the gallery – and click on most any of those for the super-sized pictures!) 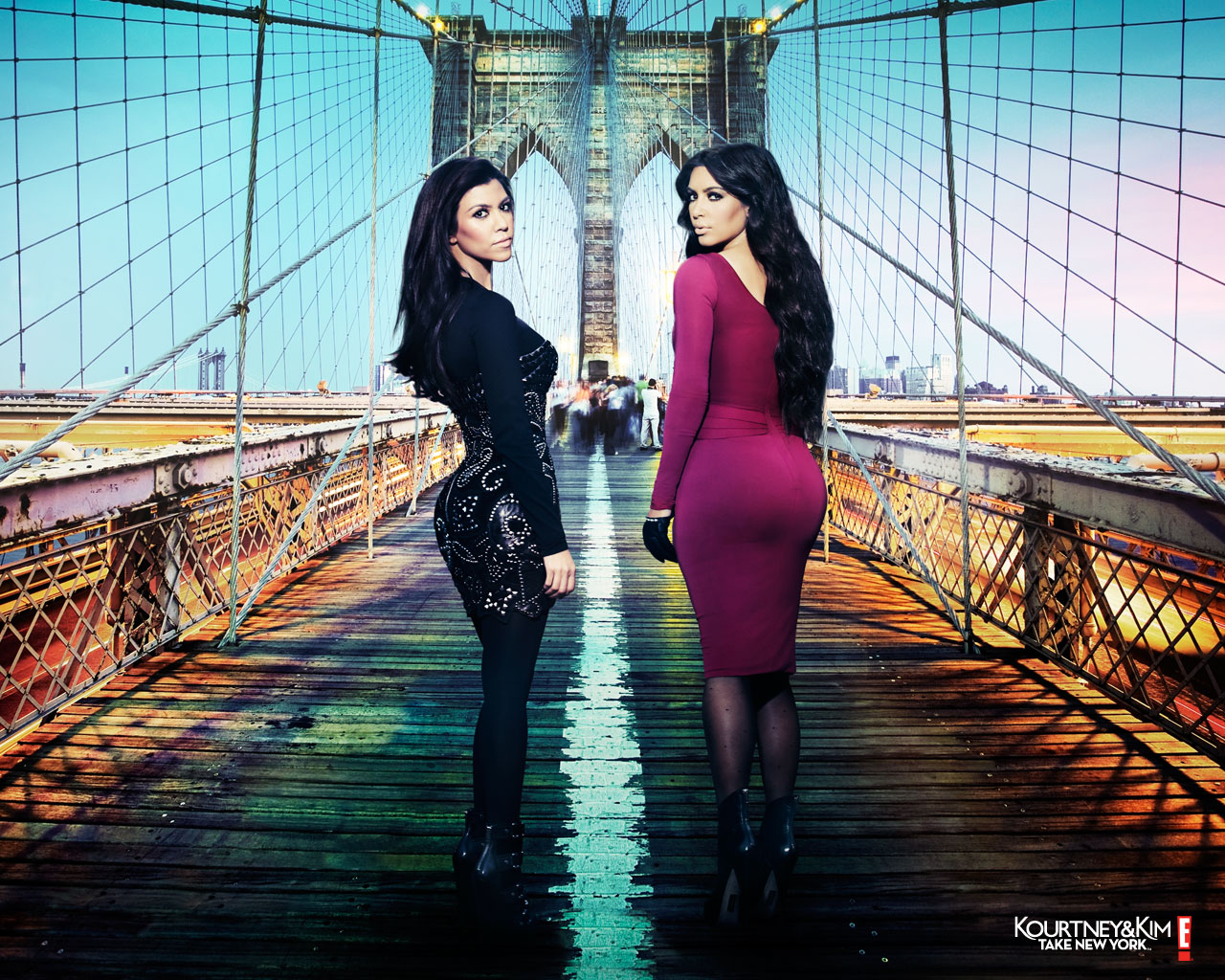 The spinoff will mark the second major city “taken” by Kourtney after she and her other sister Khloe Kardashian “took” Miami in their own reality series last summer.

So what can we expect from Kourtney and the walking gourmet eye-candy shop that is Kim Kardashian in the premiere season? The show should feature a lot of Kourtney’s beau Scott Disick (meh) as well as a newly single Kim looking for love in the city that never sleeps. (Woo hoo!) 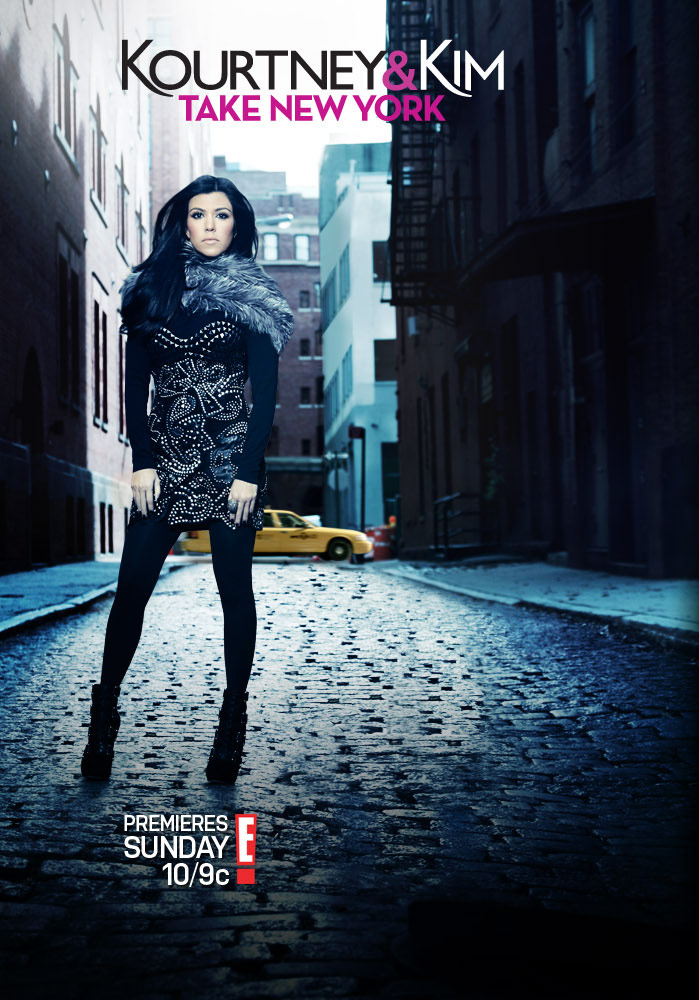 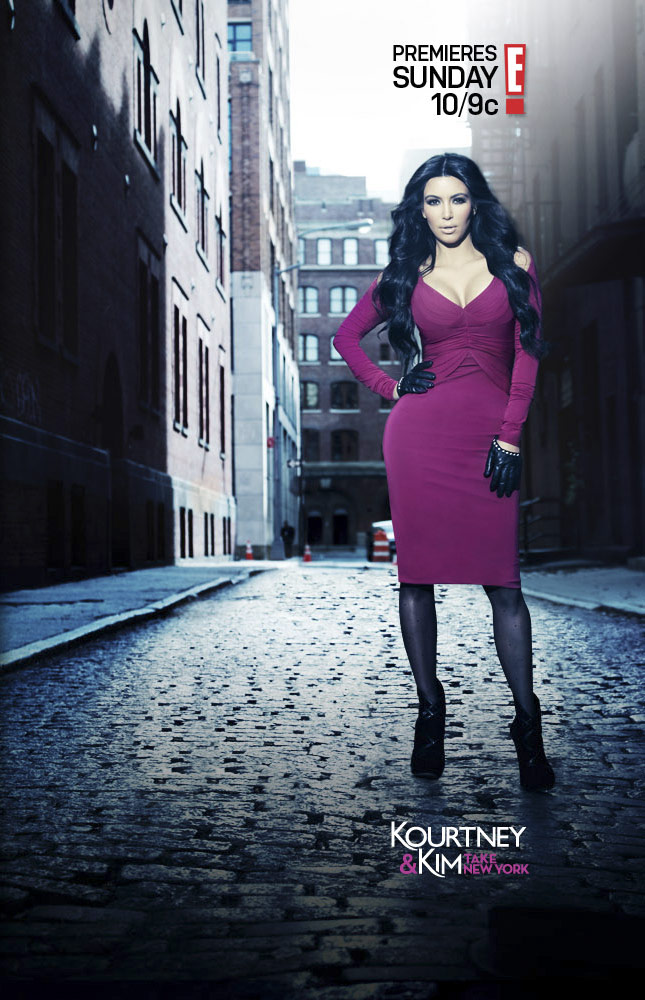 Also, much like Kourtney and Khloe Take Miami, KaKTNY will feature the opening of a new D-A-S-H store, the family’s third. Speaking of “the family,” I’m sure we can all expect numerous appearances from Kim and Kourtney’s Keeping Up With The Kardashians co-stars and family including mom Kris Jenner, step-pop Bruce Jenner, brother Rob Kardashian and step-sisters Kendall Jenner and Kylie Jenner.

This next image is my favorite of the promo photos for the show because it features Kim Kardashian in a black and white geometric patterned dress that somehow makes Kim seem even curvier than she is already! Perhaps it was designed by Kim C. Escher? (Be sure to click on it for a larger picture so you can see the actual print!) 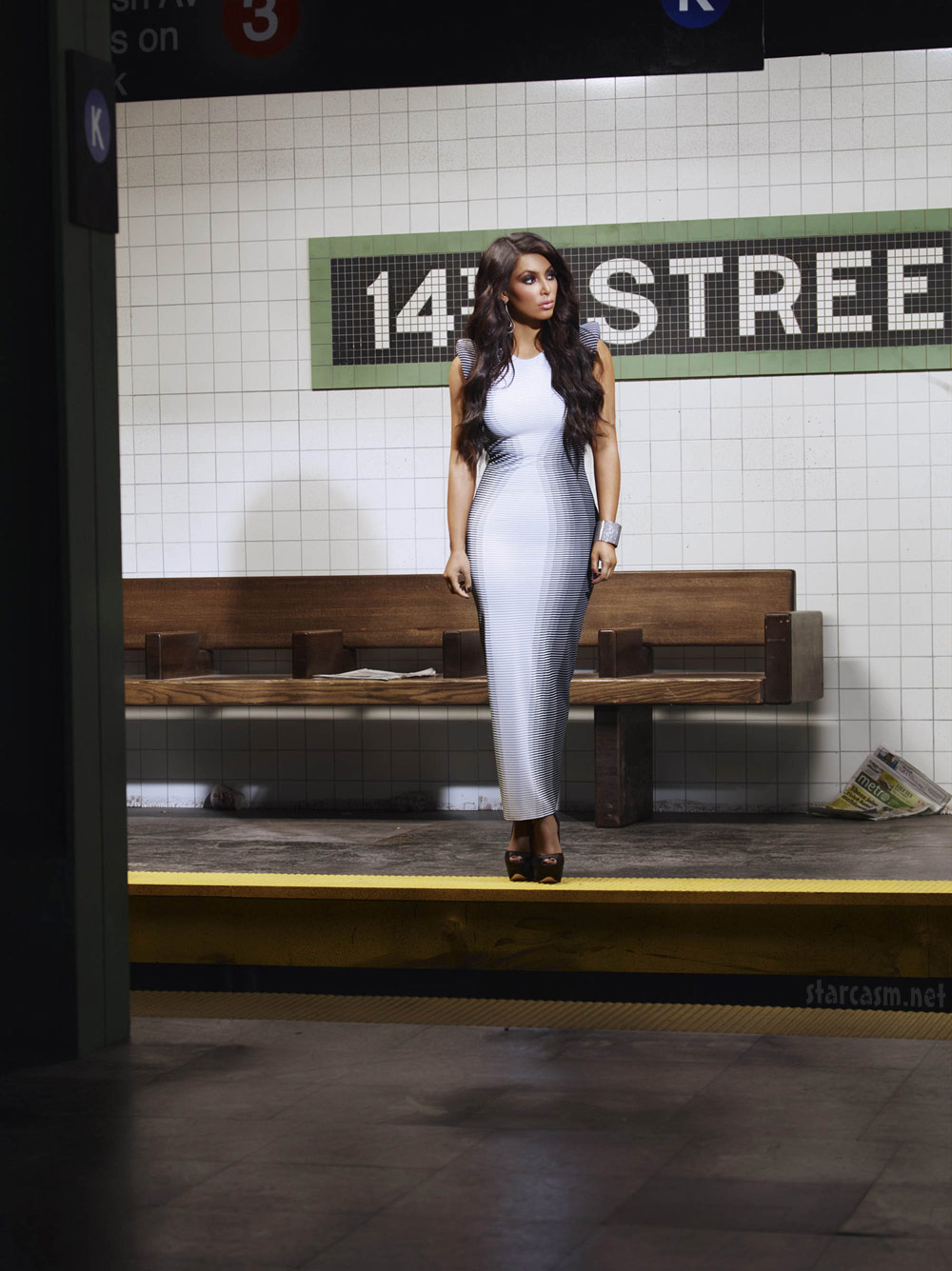 And here’s another photo with a closer look at Kim Kardashian in the same geometric patterned dress: 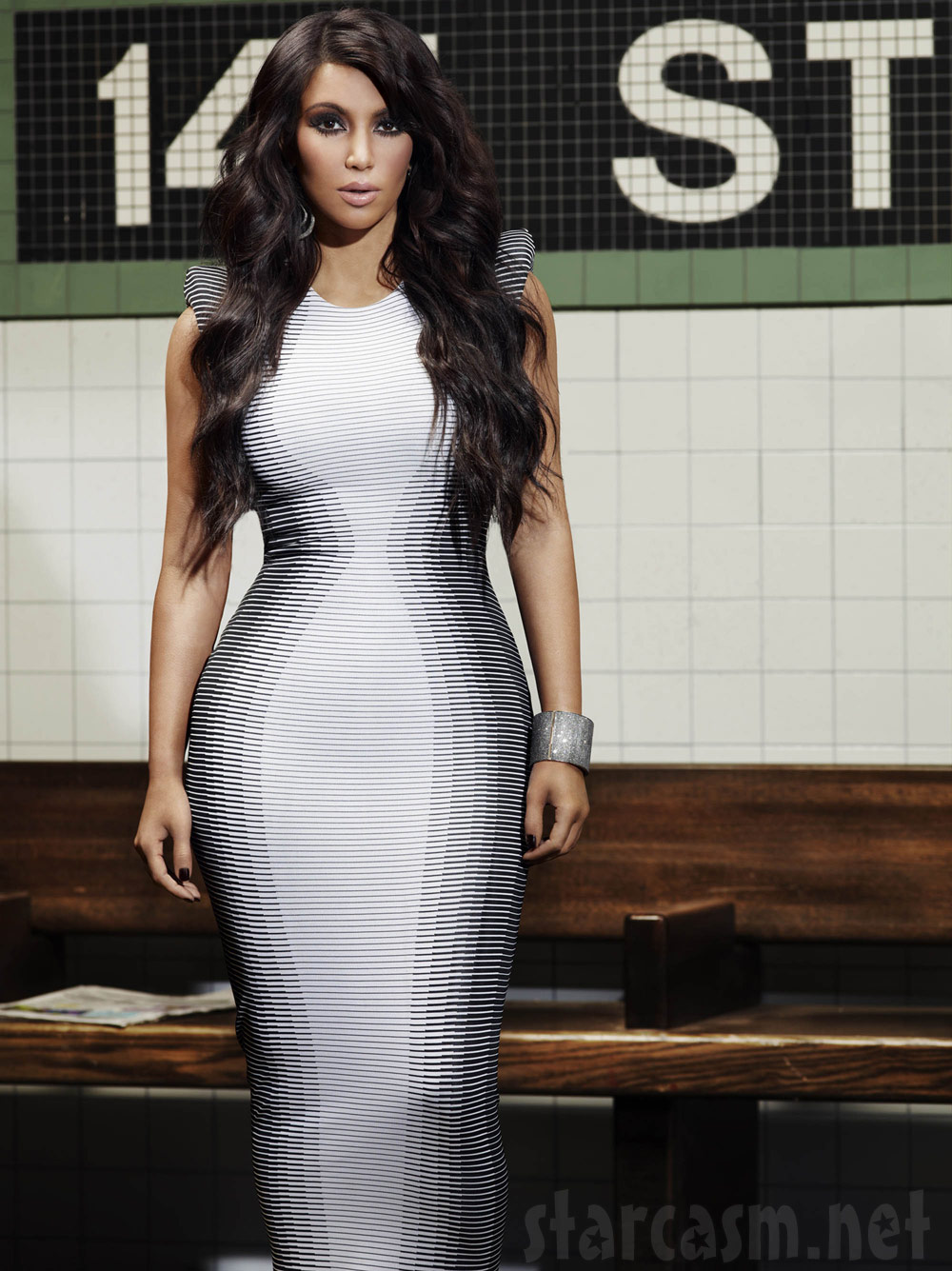 Here’s the brief promo trailer for Kourtney and Kim Take New York followed by a sneak peek clip and then a gallery of promotional images featuring Kim and Kourtney looking absolutely Kardashtrulescent! 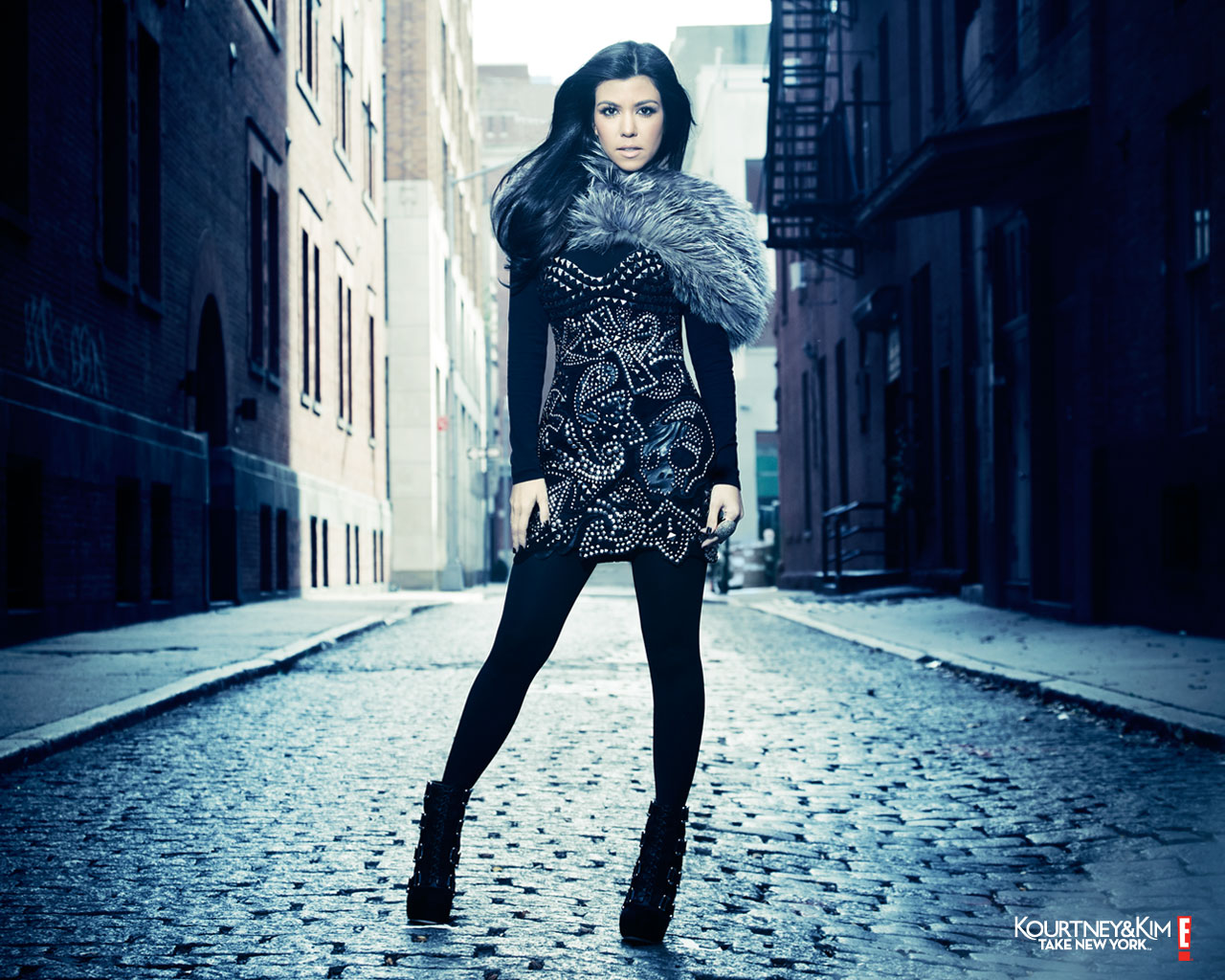 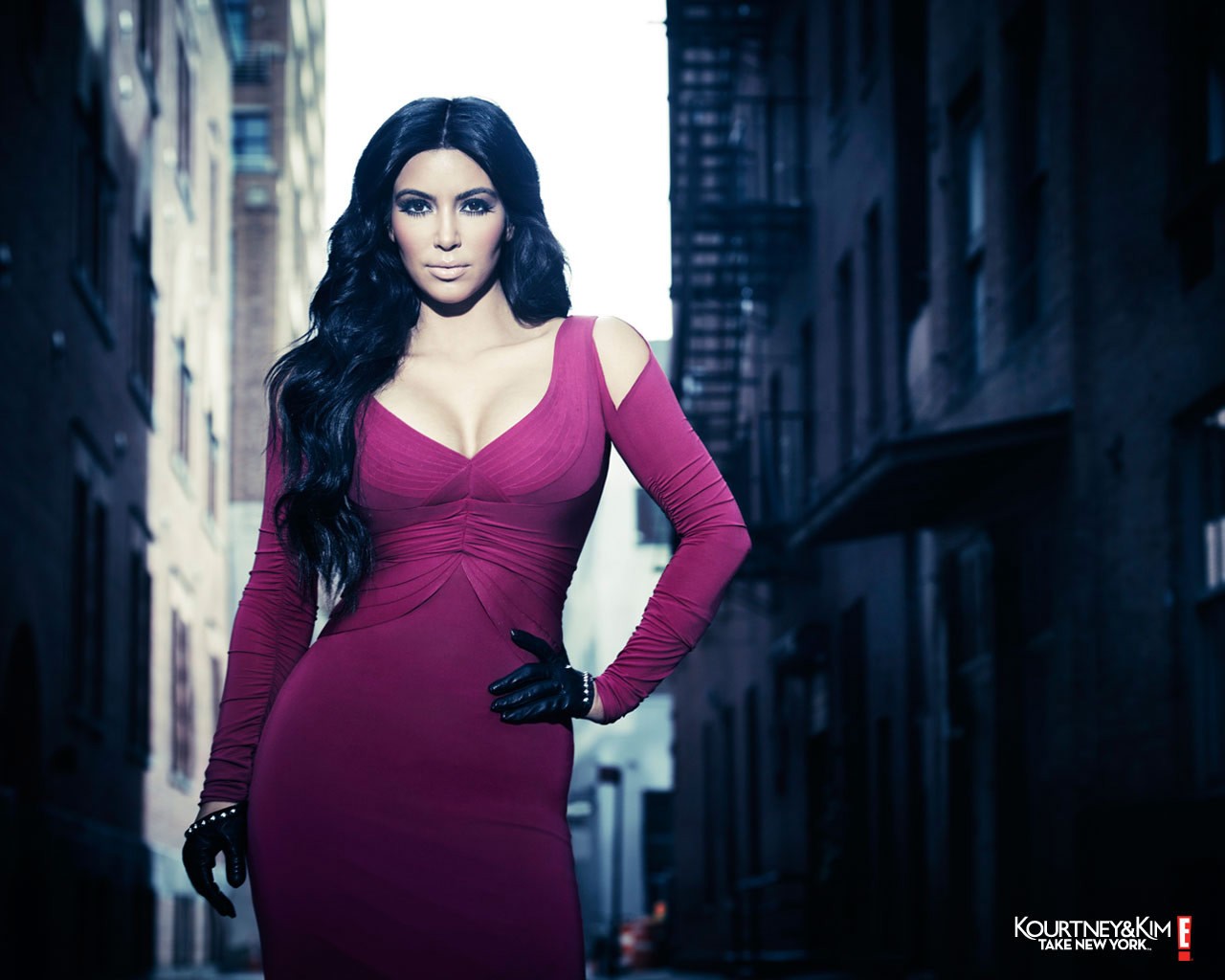 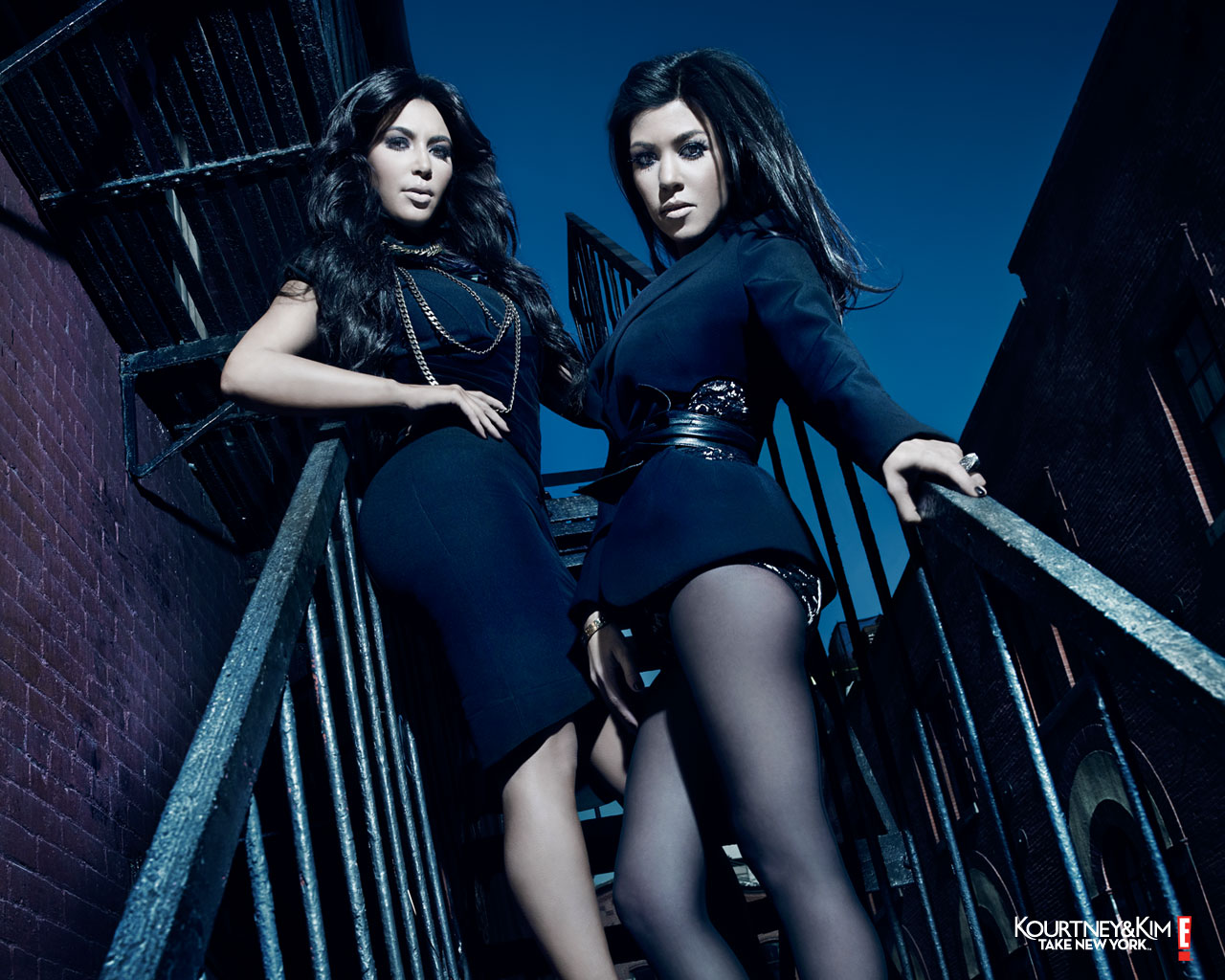 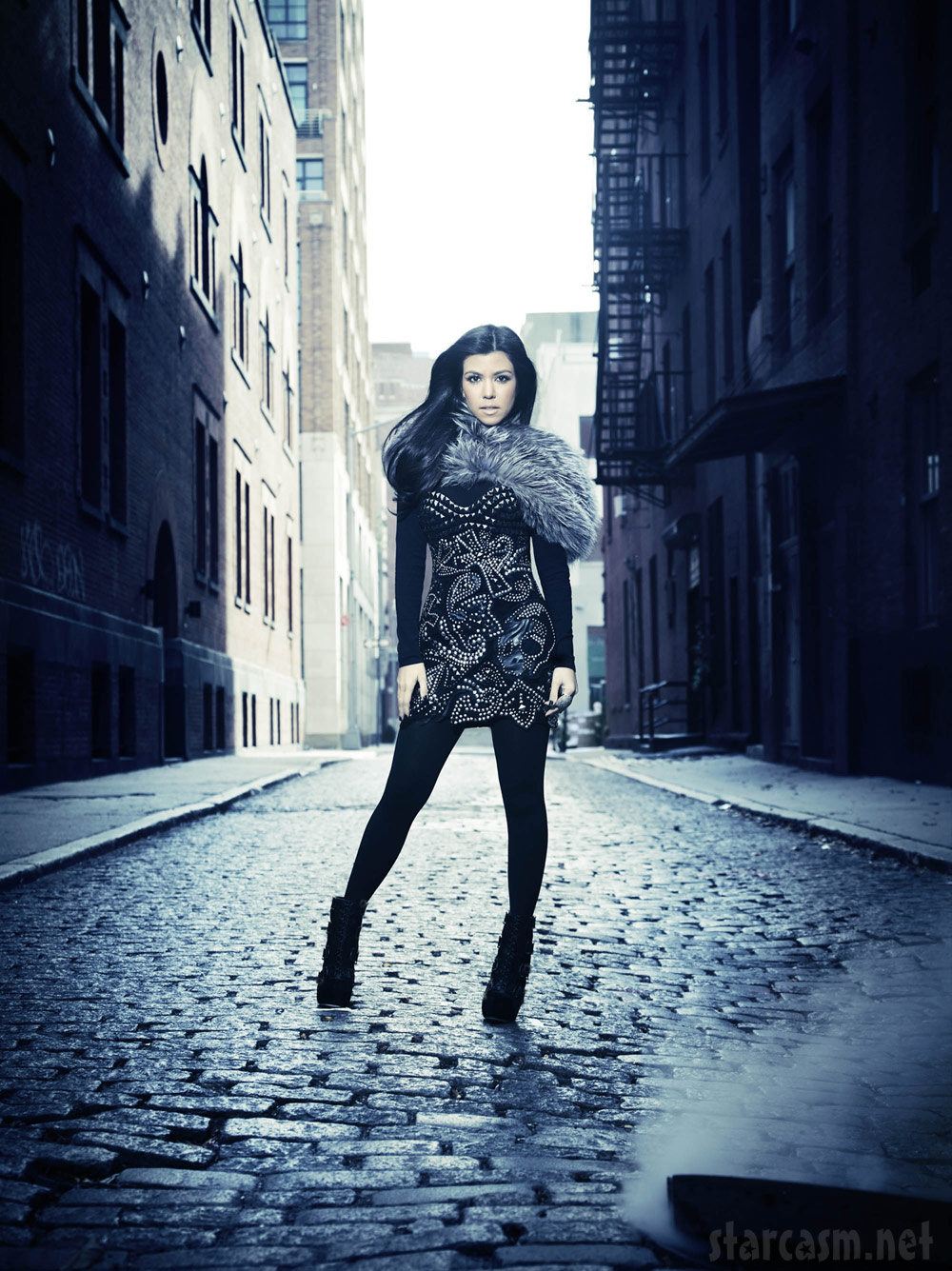