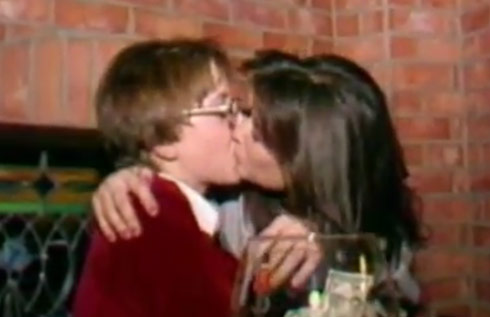 We live in amazing times with these here interwebs. For a celeb caught up in a scandal they can be amazingly rough times because just about anything ever caught on video will more than likely end up on YouTube.

Entertainment Tonight was doing a feature on actress Demi Moore, who (according to her reps) is currently seeking treatment for exhaustion and stress, and they released a mega cringe-worthy vintage clip from 1982. In the video, a visibly inebriated 19-year-old Moore repeatedly kisses her 15-year-old General Hospital co-star Philip Tanzini at his birthday celebration party.

Moore was married at the time to musician Freddy Moore.

Here’s the viral vintageness but be warned, a slurry Demi uses some foul language and this is one of those things you will never be able to unsee.

Here’s the official version from ET (it takes a while to load):

At one point during the clip Demi says, “I love Philip and he’s the only one I love.” Though just a lad, Philip chimed in quickly saying, “We’re going to get married by the way. Don’t let her husband find out.”

In current Demi-world, the 911 call that recently led her to be rushed to the hospital has been released but the version is a heavily edited one. It’s been widely reported that the she was inhaling nitrous oxide in the form of whip-its but in the call there is just a reference to “smoking something.”

Based on the reports of her doing whip-its, a means of getting high universally associated with young adults and teenagers, we wondered if she perhaps has an unhealthy attachment to youth. I’m not sure this unearthed video makes me feel any better as to the possible answer to that. 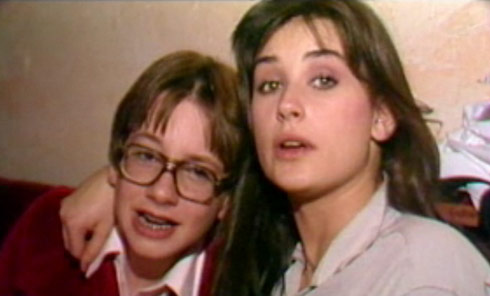 Interestingly enough, the boy in the clip is now a highly regarded voice-over talent. You can check out Tanzini’s site here and you’ll probably recognize his voice as he’s the man who currently narrates E!’s True Hollywood Stories. I’m assuming he’ll be having to do one for Demi here before too long.