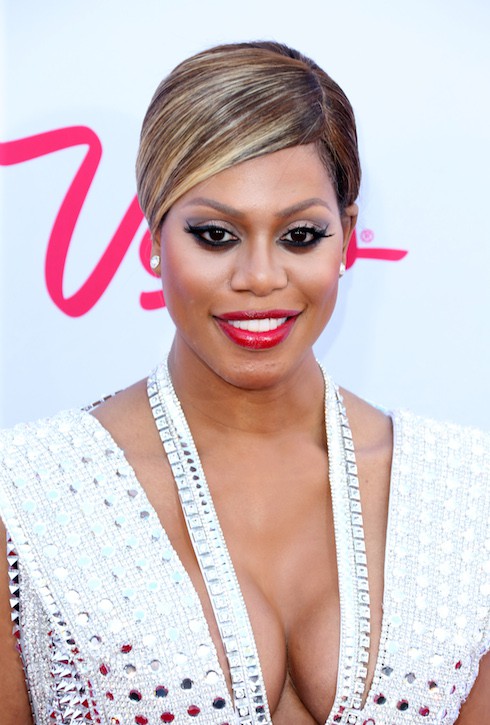 Orange is the New Black season three debuts tomorrow. It should be really good! The internet is excited! Are you guys excited? The reviews are good! It sounds like this will be the richest season yet: the funniest, the darkest, the most complex. All good things!

One thing we’ve found out as the cast has made scores of promotional appearances over the past few weeks is that Orange is the New Black season three features the most sex scenes of the show so far. According to at least one cast member, it’s also “the sexiest season by far.” That’s wonderful news for fans of hot and heavy prison action, but can sometimes lead to bad news for the cast, since things can get out of hand very quickly. Specifically, things like the time Taylor Schilling and Laura Prepon were filming a sex scene in the prison library and Schilling got so into it that she wound up cutting her face:

Said Laura Prepon, “Those scenes are always so technical, especially where we’re beating each other up. One scene she got cut in the face and there was blood on her cheek.”

Added Schilling, “I scratched myself. You can see that, it was awful. I gouged my chin with the tag and we had to add the scar into the rest of the season.”

So: when you’re watching Orange is the New Black season three, if you notice a little scar on Taylor Schilling’s face where didn’t used to be one, you now know what the story is.

Plus: Here is a video mashup of Titus from Unbreakable Kimmy Schmidt arriving at Litchfield Prison. Why is he there? Who knows? Who cares? It’s Titus!

That’s some fine up-mashing. Orange is the New Black season three debuts tonight: 12 midnight if you’re on Pacific Time; as late as 3 AM on Friday if you’re under Eastern Time. Will you be staying up late tonight and / or shutting yourselves in this weekend to partake of the new episodes?

PHOTOS, VIDEO Joanna and Chip Gaines celebrate the opening of the Fixer Upper silos with a massive #Silobration