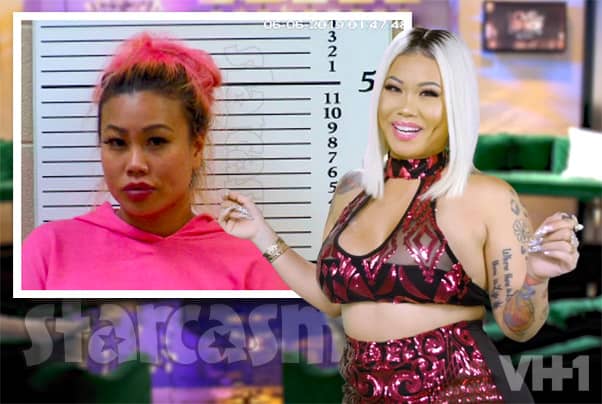 According to jail records, Lovely Mimi (real name Myha Thi Luong) was booked in Cherokee County, North Carolina at 1:24AM Thursday morning and was released less than two hours later after posting bond. She is officially charged with felony possession of a schedule 1 controlled substance. The charge is a Class I felony in North Carolina, which is punishable by 3-12 months in prison if convicted.

Trappalachia was the first to report on Lovely Mimi’s arrest. The site reports that Mimi “allegedly dropped an unknown amount of ecstasy on the floor of Harrah’s Cherokee Valley River Casino, according to Cherokee tribal police.”

Ecstasy is a schedule 1 controlled substance, so the report does match with the charge.

The site adds that Mimi bounced after posting an unsecured bond of $1,000. Her next scheduled court date is June 27.

If you’re curious why Mimi was at a casino in Murphy, North Carolina, that’s because there are no casinos in the state of Georgia and Harrah’s Cherokee Valley River Casino is the closest to Atlanta. It’s about 118 miles away, which is just over two hours of drive time. That drive time increases to well over six hours if you leave The ATL during rush hour.

Run-ins with the law are nothing new for Mimi. As we previously reported, she has an arrest history that includes a 2013 arrest in Maryland that saw her facing multiple drug charges, as well as one firearm-related charge. She would eventually plead guilty to a single charge of marijuana possession with intent to distribute. She was given a suspended sentence of 363 days and fined $145 in court costs.

Lovely Mimi has yet to acknowledge the arrest to her 2.7 MILLION Instagram followers.

UPDATE – Mimi shared a VERY lengthy YouTube video in which she talks about her arrest at length! Click here to watch the video and get a full recap!