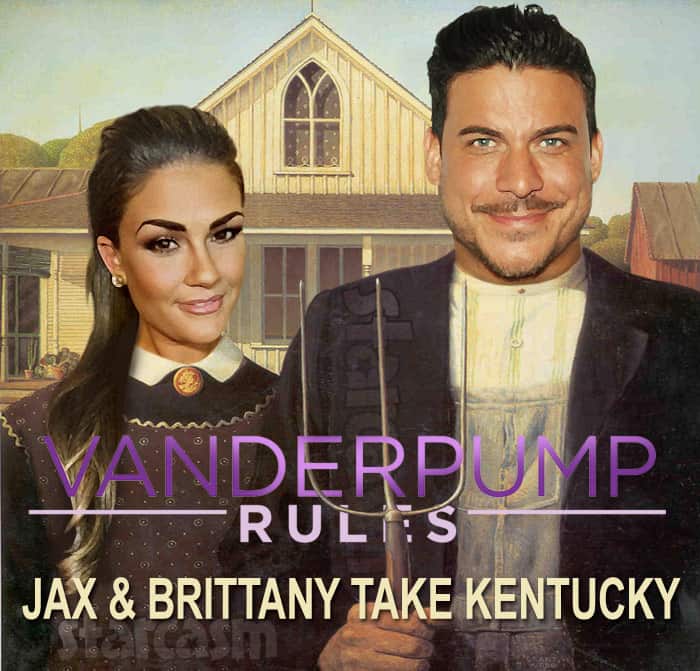 It was first reported in October that Pump Rules couple Jax Taylor and Brittany Cartwright were getting their own spin-off series, and now we have the first official look at what is officially being called Vanderpump Rules Jax & Brittany Take Kentucky!

When the spin-off story broke there were no details about the show available, but offered up this speculation at the time, which turned out to be spot on:

The source didn’t have any details about what the concept of the Jax Taylor and Brittany Cartwright spinoff series will be, but I think it is pretty easy to make an educated guess given their recent social media posts from a farm in Brittany’s home state of Kentucky. I assume the series will be a gender-bending take on Green Acres with the focus being Jax’s adjustment to life on the farm.

Here’s the trailer, featuring Farmer Jax having some difficulties adjusting to to that bluegrass life:

From the official press release announcing the show: 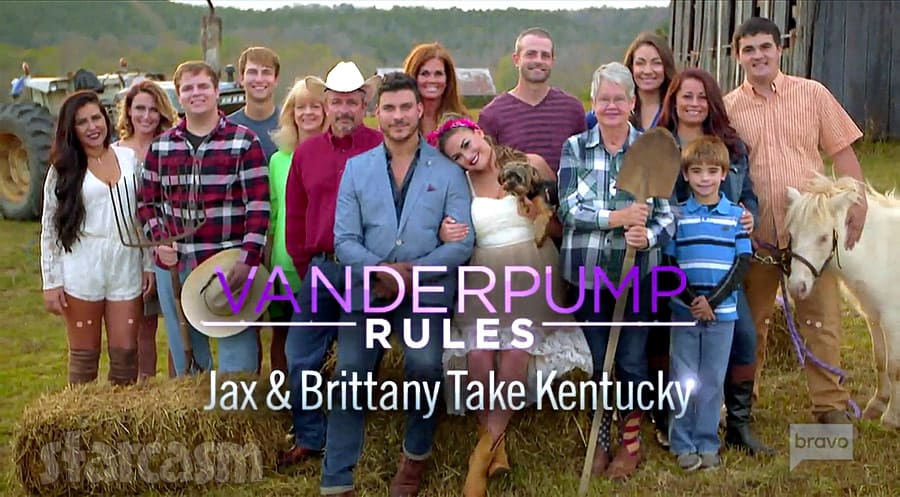 NEW YORK – April 10, 2017 – Bravo Media SURves up southern hospitality with “Vanderpump Rules Jax & Brittany Take Kentucky.” Set to premiere this summer, the half-hour series follows bad-boy bartender Jax Taylor and his southern belle girlfriend Brittany Cartwright as they head on vacation, leaving the comfortable confines of Los Angeles to visit her family on their Kentucky farm. Ditching his signature chunky sweater for overalls, city-boy Jax is the ultimate fish out of water as he tries to embrace the southern lifestyle and make a lasting impression on her family and friends.

So what do y’all think? Yee haw or hell naw?

Was Jax Taylor really in the Navy for 4 years? Here’s everything we know