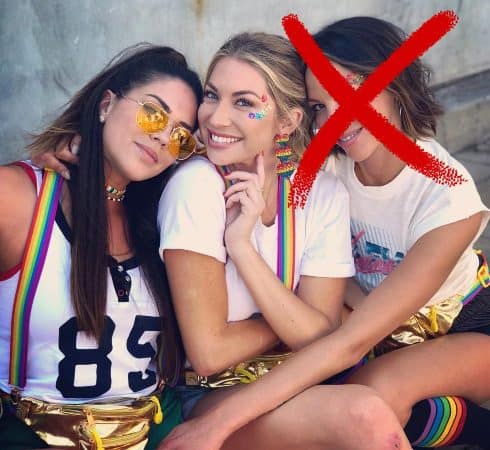 Vanderpump Rules fans had a major scare when it was announced earlier today that original cast member Kristen Doute was fired from her starring role on the Bravo series.

Radar Online broke the story and reports that Doute’s drama-free lifestyle caused her to be “downgraded to a ‘friend’ of the cast” and blamed the demotion on her overall lack of story line.

“She doesn’t have a lot of drama in her life these days,” the source explained.

While it’s true that Kristen had a quiet Season Six, fans were shocked to hear that such drastic measures were taken to shake up the cast for Season Seven.

Hours after the news broke, Kristen took to Twitter to clear up any misunderstandings regarding her status on the show. She called Radar a “trash bag tabloid” and claimed the story is #fakenews:

I hate giving that trash bag tabloid any attention.
But that is ? #fakenews ? https://t.co/ngY69ERQpW

Stassi Schroeder backed up Kristen with her own #fakenews tweet:

Many pointed to Kristen’s relationship with beau Brian Carter as the culprit for her low-key season. Despite a few bumps here and there, i.e. the rumored hot tub hookup with ex James Kennedy, Kristen and Carter have been happily together for three years.

Love her or hate her, VPR wouldn’t be the same without Doute!

Jessica Bradford is a writer for Starcasm