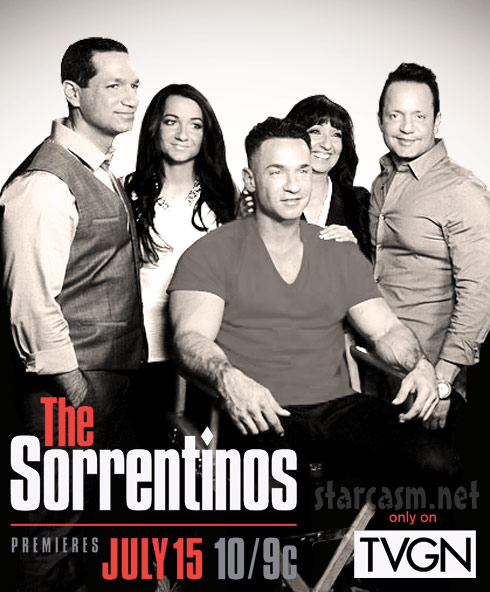 Former Jersey Shore stars Snooki, JWoww and Pauly D have had their shots at spin-off reality series, and now it’s The Situation’s turn! Mike Sorrentino and his family are the subject of TV Guide Network’s new reality show offering The Sorrentinos set to premiere Tuesday, July 15 at 10/9c. Check out the preview trailer:

“The world knows me as Mike ‘The Situation,'” Mike says at the beginning of the clip, “and now you’ll get to know my beautiful family, too.”

TVGN SERVES IT UP FAMILY STYLE WITH “THE SORRENTINOS” ORIGINAL REALITY SERIES PREMIERING ON TUESDAY, JULY 15 AT 10:00 PM, ET/PT

LOS ANGELES – June 3, 2014 – Sit down to family dinner with the Sorrentinos as they welcome viewers into their homes and lives when they make their debut with the all-new reality series THE SORRENTINOS, premiering Tuesday, July 15 at 10:00 PM, ET/PT, only on TVGN. While this family isn’t traditional, they live their lives the same way they enjoy their Italian food – al dente and authentic.

The eight 30-minute episodes will follow the Sorrentino family – Mike (youngest brother), Linda (mother), Marc (middle brother), Melissa (sister) and Frank (older brother) as they embark on life after reality in their hometown of Howell, N.J. TVGN released an extended first-look video clip of THE SORRENTINOS online at: http://on.fb.me/1uaPhkj.

THE SORRENTINOS spotlights one of world’s biggest reality TV stars in the aftermath of fame and scrutiny. Mike is sober, finished with “Jersey Shore,” taking a serious stab at an acting career and also looking to set the record straight once and for all about who he really is. The stakes are high. Not many get a second chance for a first impression, and to add to the mix, Mike’s loving but quirky family are along for the ride. 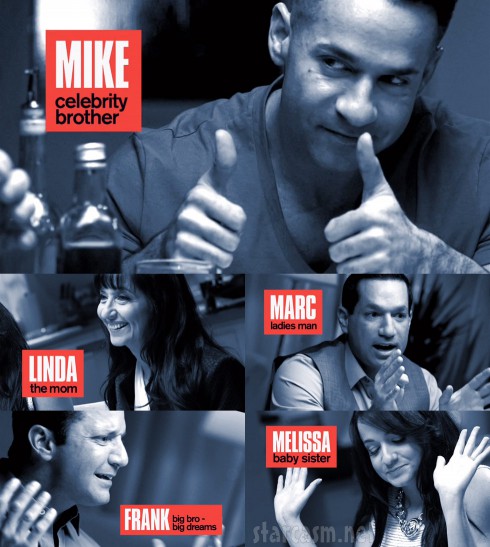 The series will follow the entire Sorrentino family who are in the midst of major life changes. Melissa, Mike’s sister and the glue that holds the family together, is engaged and preparing for a wedding. She also is tasked with helping her mom, fondly referred to as “Peaches,” find a man worthy of her time, as Peaches traverses the scary world of dating. Middle brother Marc is pursuing his passion of music trying to make it to the top as a DJ and at the same time, making a career for himself with the family’s tanning business which he runs. Finally, Frank, the eldest, is revisiting acting, something he loved and had success at as a child. The only things bigger than the Sorrentinos’ dreams are their hearts and love for one another. Bonds like these either make you or break you, because family, at the end of the day, is everything.

THE SORRENTINOS is produced by Seth and Julie Jarrett of Jarrett Creative.

PHOTOS VIDEO The Situation PETA ads with lots of… cats