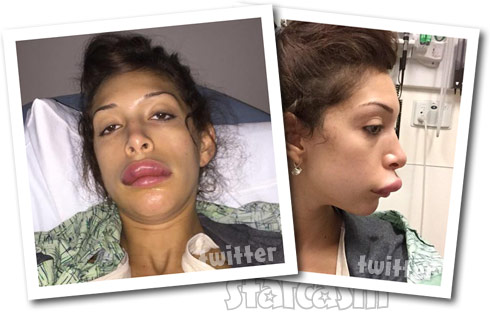 Farrah Abraham is famously not averse to surgical and other artificial enhancements to her appearance, but with her most recent trip for lip injections she apparently got a little more enhancement than she bargained for. A LOT more! 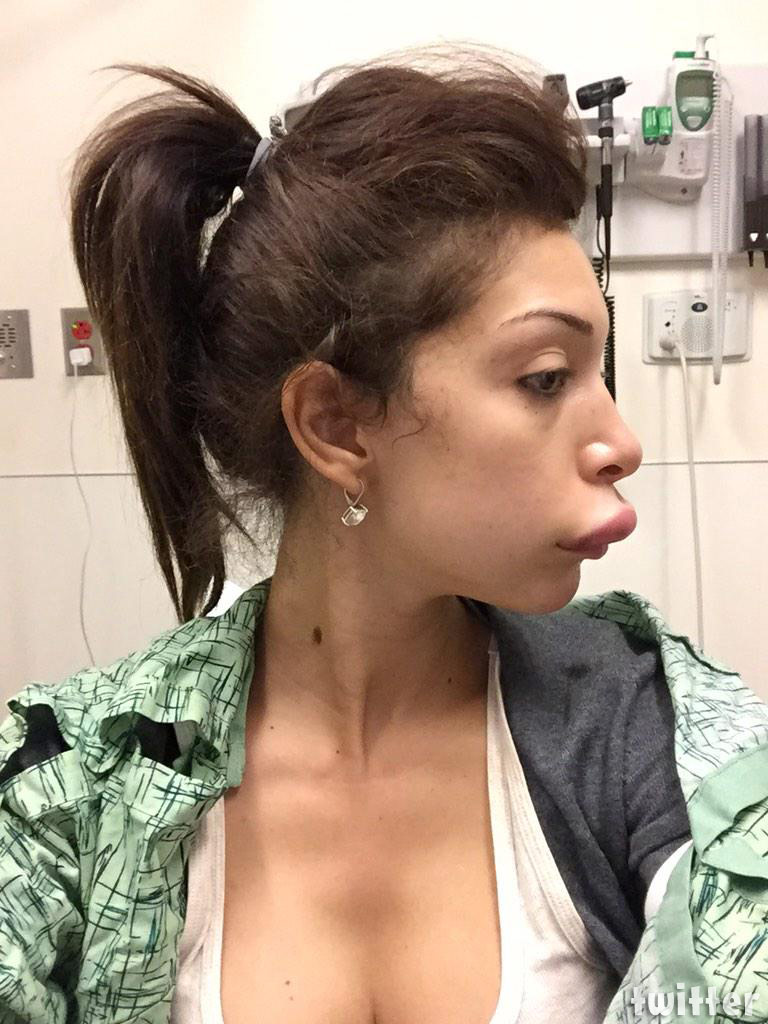 Farrah posted the photos above and below online and captioned them on Facebook with, “Monday just got ‪#‎Botched‬ …. Oh boy never again La Jolla need a better doc like NOW ‪#‎plasticsurgery‬ girlsfriends don’t say I didn’t warn ya.” 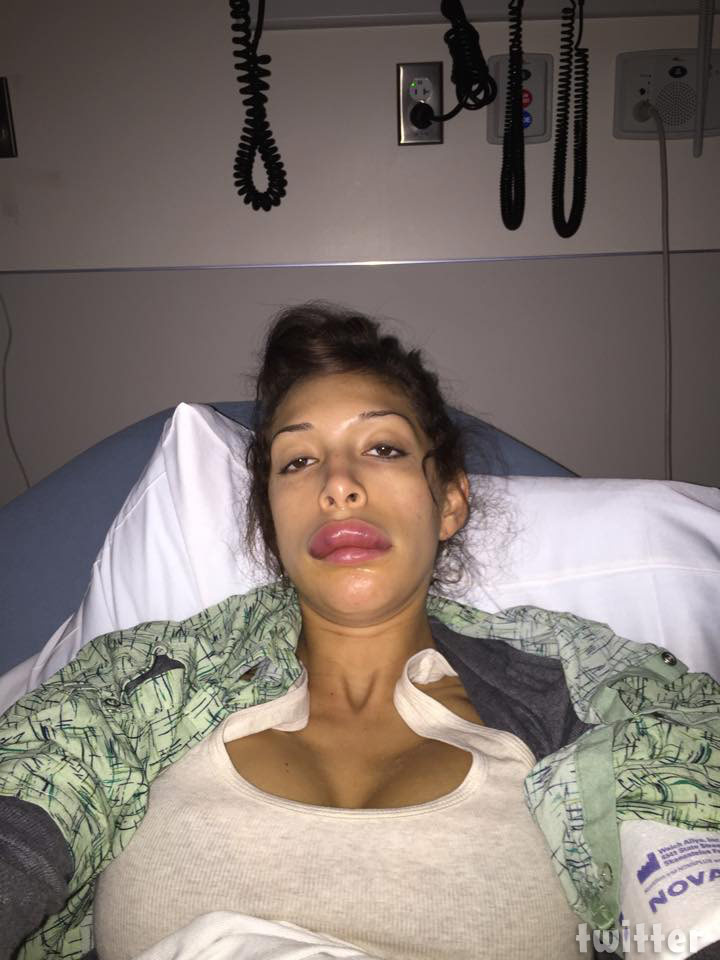 As you probably surmised from the La Jolla mention, Farrah is currently out in California. It’s unclear what project she is working on out there, and if having an overly swollen lip will be a huge detriment, but she will need to be back to a somewhat normal appearance at least by January 17 when she is scheduled to make an appearance at The Scene in Commack, NY.

Here are a couple of zoomed-in side-by-side photos: 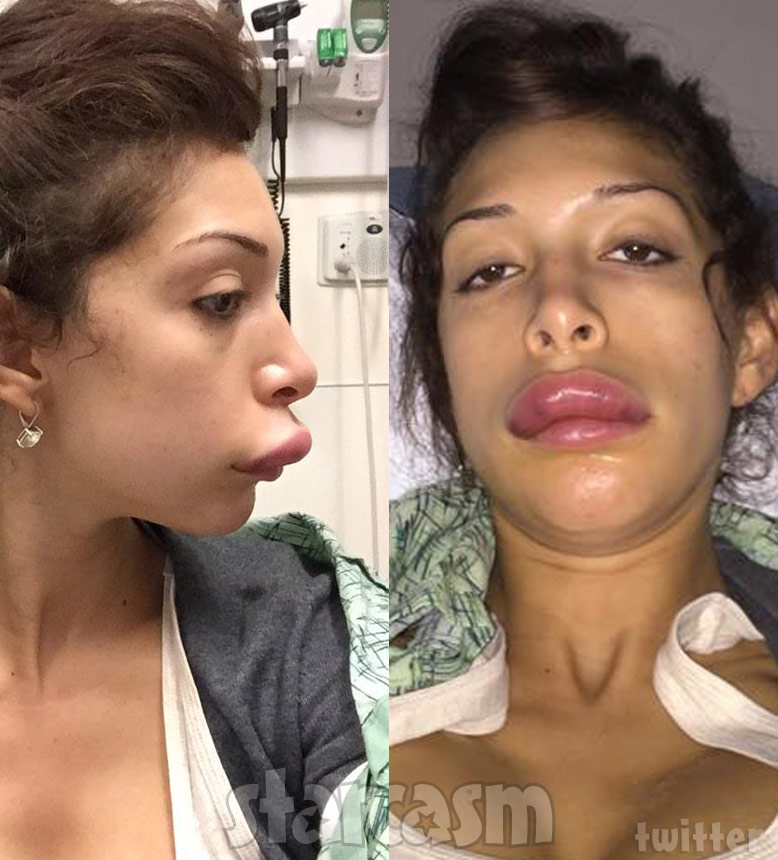 I’m thinking that Farrah might want to consider expanding her already sizable reality show resume and give Botched costars Dr. Paul Nassif and/or Dr. Terry Dubrow a call in time to make it on Season 2! (Hmmm.. Could that have been Farrah’s plan all along?)

Hang in there Farrah, I’m sure things will be back to normal soon. You just need to keep a stiff upper lip! 😉

UPDATE – Apparently we weren’t the only ones able to have a sense of humor abot the whole thing. Farrah just tweeted these side-by-side photos of herself and Futurama star Leela for comparison:

UPDATE – TMZ has now picked up the story and they are reporting that “Farrah got a new procedure, where the doctor puts an implant in the patients lip.” The site adds, “Farrah says she researched the doctor and the procedure and decided it was a safe bet. She was wrong. She says the doctors are trying to figure out if her body had an allergic reaction or if the implant itself was defective.”