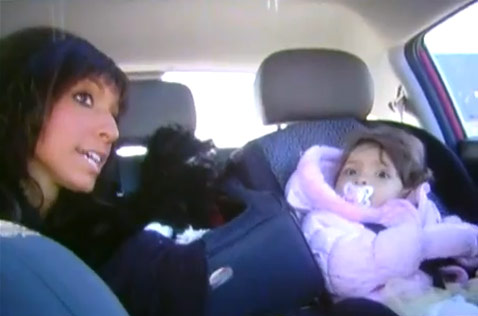 Our Teen Mom Season 3 commercial collection is growing! We previously shared the preview spotlighting Amber Portwood and the one with all four girls – now we can add Farrah Abraham to the list.

It’s yet another video taped television screen clip uploaded to Youtube, but it’s more than enough to get the gist of the commercial:

It looks as though a big part of Farrah’s storyline this season will be about Sophia’s father Derek Underwood, who died tragically in a car accident in 2008. Last season, after Derek’s sister agreed to submitting a DNA sample, it appeared as though Farrah would have no problems proving Derek was the father of Sophia, which would enable her to receive social security benefits. But, judging from the commercial, it looks as though she is running into some problems.

Derek’s family should also play a huge part this season after his mother, Stormie Clark, attempted to gain visitation rights against Farrah’s wishes. (Read all about that legal battle HERE. To see a rare photo of Stormie and Sophia together as well as more background on the Farrah/Stormie feud CLICK HERE.)

Without a doubt it should be an emotional roller coaster for Farrah, who seems to be just beginning to tackle her feelings of grief over the loss of Derek. But, judging from the fact that she has since moved to Florida to attend culinary school, there is reason to be optimistic that Season 3 will end on a positive note for her!