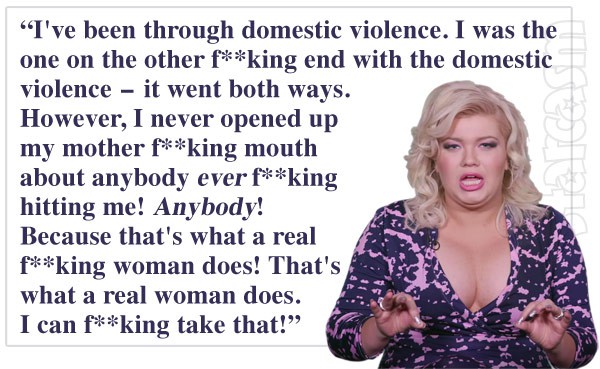 Teen Mom OG Amber Portwood continues her very public post-Matt Baier meltdown on social media with a series of Instagram live videos in which she very angrily says lots of stuff she will most likely regret without being able to say exactly what it is that people most want to hear: namely that she and Matt are done and they’re only staying together because they signed up to showcase their relationship on Marriage Boot Camp: Reality Stars.

In her most recent Instagram Live video, Amber Portwood lashes out at the haters and critics in a f-bomb blitzkrieg of angry humble bragging in which she continues to insist she is a “real woman,” in part because she can “take” being the victim of domestic abuse without telling anybody. She also continues to pound home the fact that she was the one who launched the entire Teen Mom franchise and that no one who criticizes her has overcome as much as she has in her life.

Here is Amber’s Instagram Live video followed by a transcript of most of the first 16 minutes or so:

[about Farrah] That’s why you always get the shows two to three people after me, b!tch, because I said no. And now I’m about to f**king do it because they’ve been fighting for two and a half months for me, b!tch! It was two days for your ass. Get the f**k out of here. If MTV gave a f**k about your story they would have been ‘Oh no, don’t do it.’ It took them two-and-a-half months to get my story out, what the f**k does that tell you?

You call the f**king paparazzi on yourself! I was the only one in New York that had paparazzi following me from the f**king hotel to the f**king airport. Nobody else did! So f**k you b!tch! I’m done! I’m done! I’m never big headed. I never say sh!t. I’m always f**king humble, but — I don’t even tell motherf**kers how much money I make! I let you dumbasses think I make $10,000! What the f**k are you talking about?! I let you dumbasses think that! I got a bank account! I got a f**king safe! You will never know how much f**king money I’m worth! Ever! Ever!

And b!tch, don’t think I’m living in this f**king house with no money! Don’t think I have all these motherfu**king diamonds — four karats in my f**king ears right now — because I have no f**king money! Get the f**k out of here! When you see me on TV, that’s not show jewelry, that’s real f**king diamonds! 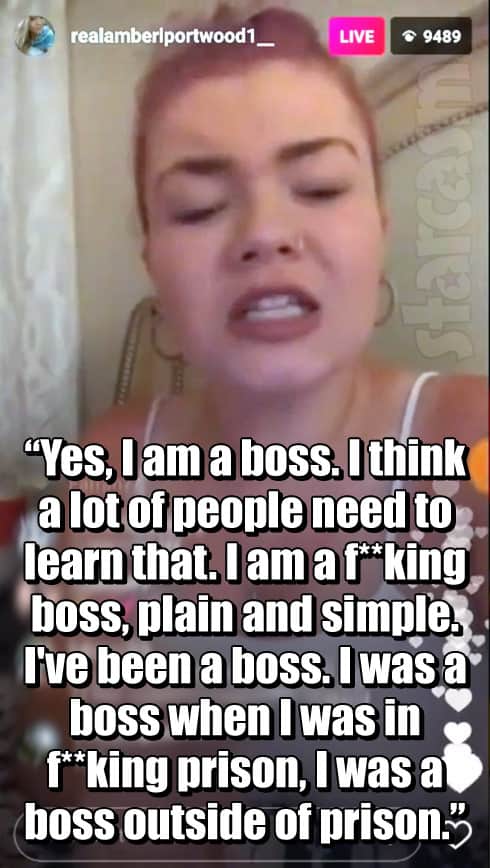 I’ve been on TV for TEN YEARS, on a reality show! Give me respect or get the f**k out!

This is the funny thing: You’re watching me. You’re watching me and you want to talk sh!t when all I f**king do is give my heart and soul and my life and all my experiences — which have been hell — out and open to the world, to my fans, just to help people. If I showed you guys some of the DMs — people trying to commit f**king suicide every other night, me talking them out of it — all that sh!t — you couldn’t f**king handle that! That’s a world on my f**king shoulders! I’m talking about thousands — thousands a f**king week! You couldn’t f**king handle that. Get the f**k outta here!

I think people are so f**king nosy today that they just can’t take the show for what it’s worth. And, I’m going to put my life out there for guys, and I’m going to be the honest — the most honest f**king person probably in reality television for you. The most honest f**king person. I don’t care if you believe it or not. I’ve been in this business for a long f**king time. I know a lot of motherf**kers that you guys don’t even know! And I never open my mouth, ever! I never try to act like I’m anything other than what I am. This was me before MTV! This was me right here! This was me, you can ask anybody that grew up with me — this was f**king me! 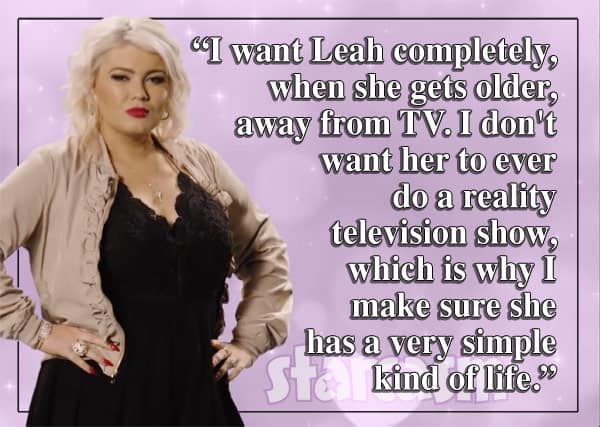 I want Leah completely, when she gets older, away from TV. I don’t want her to ever do a reality television show, which is why I make sure she has a very simple kind of life.

Yes, I am a boss. I think a lot of people need to learn that. I am a f**king boss, plain and simple. I’ve been a boss. I was a boss when I was in f**king prison, I was a boss outside of prison.

NOTE: In all seriousness, Amber appears to be in REAL trouble and I hope she has someone close to her able to get her some sort of help. I know that statement would be met with more rage from Amber, but hopefully someone close to her understands this. Oh, and appearing on Marriage Boot Camp: Reality Stars with Matt Baier seems like just about the worst thing in the world for her right now. That being said, Amber Portwood is an adult and she can do whatever the hell she wants — as she points out repeatedly in the the video above.