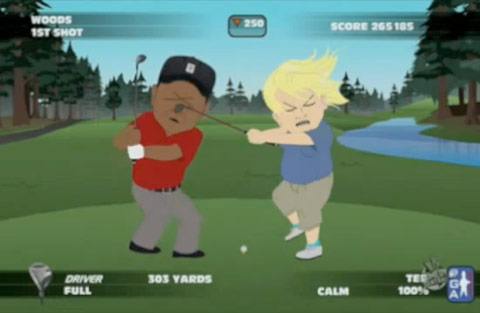 Youtube seems to be policing these pretty heavily, so I’ll include a clip from Daily Motion just in case the one above gets taken down:

The Mortal Kombat style golf game features pills, car chases, Swedish accents, Pre-Nup Power-ups and sex addiction therapy, all based on the Tiger Woods scandal and alleged domestic abuse he suffered at the hands of wife Elin Nordegren the night he wrecked his SUV into a tree. I have to admit it looks pretty fun! And less violent than most new video games… There’s a hundred billion kazillion dollars waiting to be made if EA Sports has the balls!

(I wonder why they didn’t throw in a “Finish Him!” right before Elin won? You think the Mortal Kombat folks have a trademark on that?)

Here are some more screen captures showing different elements of the game: 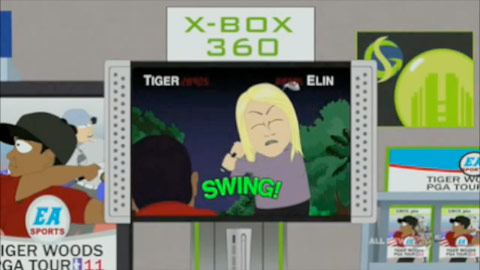 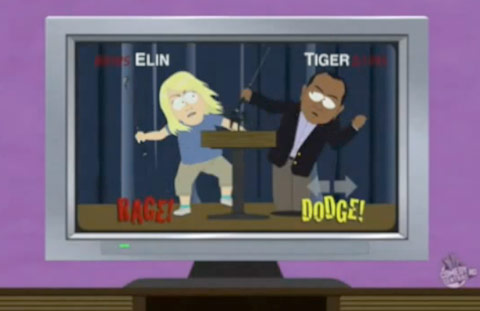 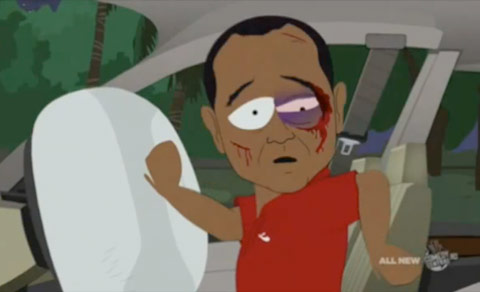 Good ol’ animated comedy shows! They remind us nothing should be off limits when it comes to the funny, be it domestic violence, racism, religion or doo doo.

VIDEO: Conan vs. Colbert and Stewart, a dance-off for the ages