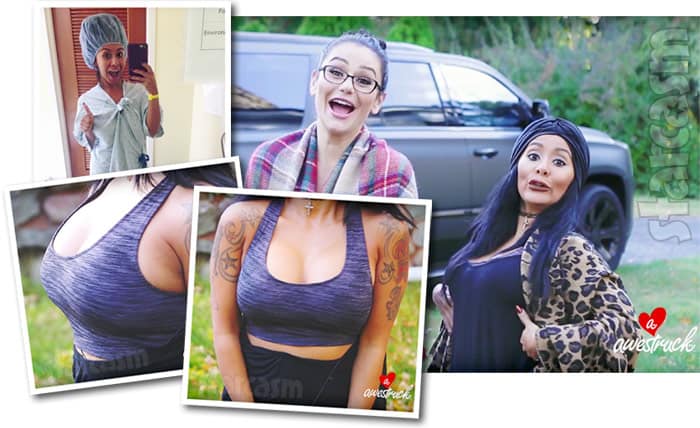 Nicole “Snooki” Polizzi had a couple big (but not huge) surprises in store for her Jersey Shore bestie Jenni “JWoww” Farley on the set of their go90 show Moms With Attitude as she unveiled her brand new secret boob job!

“I wanted to share with you a huge secret today that I’m actually revealing to Jenni,” Snooki says at the beginning of the clip. “I haven’t told anyone yet: I got my boobs done!!!”

Snooki reveals that she had the procedure done a week ago and that JWoww has no idea. “I’m one week out of surgery, so they’re very crazy,” Snooki says of her newly enhanced meatballs. “My nipples are like falling off,” the always candid 28-year-old mother of two adds. “I look like Frankenstein right now and I haven’t told Jenni.”

Here are some photos of Snooki’s new boobs, that look very unFrankensteinish to me: 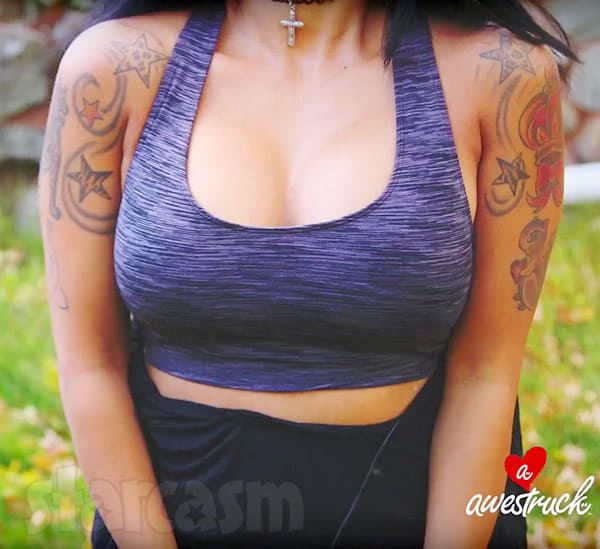 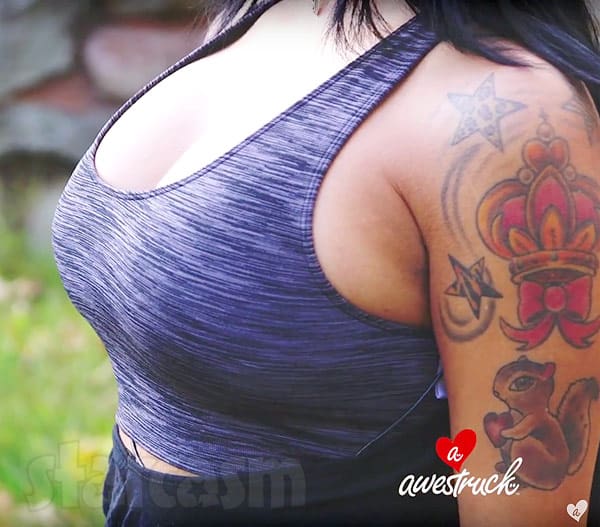 Snooki electing to have the procedure comes as even more of a surprise given her previous comments about wanting to wait until she is through having children — which she is apparently not. “I know in previous interviews I told everyone I wanted to wait to have my boobs done until after I had kids,” Snooki confesses, “but I could be 50 by then. I’m in my prime right now. I’m gonna be 29 and I want to be as hot as I can!”

Prior to JWoww’s arrival, Snooki explains her motivation for having the breast augmentation as well as what it was like before and after the surgery:

I call this my little mommy makeover. Being a mom, obviously your boobs are destroyed by having kids, especially breast feeding. I breast fed Giovanna for a year. I want to look hot for my husband but I also want to feel great about myself and that was just an insecurity that I had. 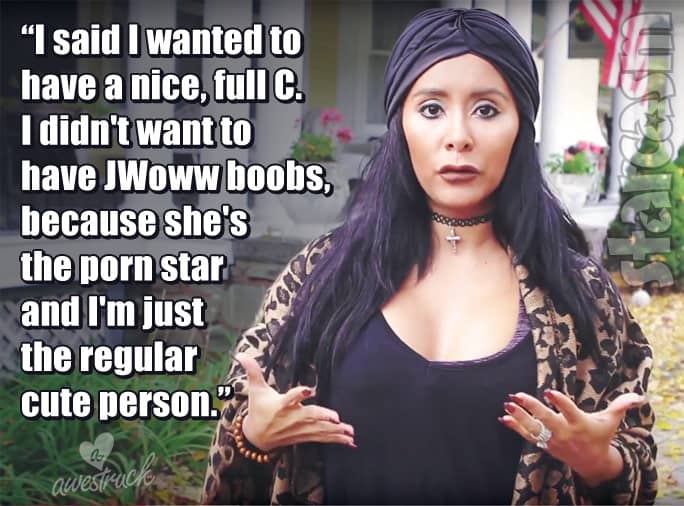 Definitely a little painful. I mean, I can’t pick up my kids, so that sucks. At night I can’t really sleep because you have to sleep tops up.

I’ve literally been working my ass off in the gym for like three years now. You know, just losing weight and trying to be a fit mom and have a healthy body, but you can never change your boobs. Because once your boobs sag, that’s just like it. I feel so confident with myself as a woman, as a wife, as a mom. So, I kind of feel complete now.

Here’s a photo that Snooki shares in the video of herself just before the surgery: 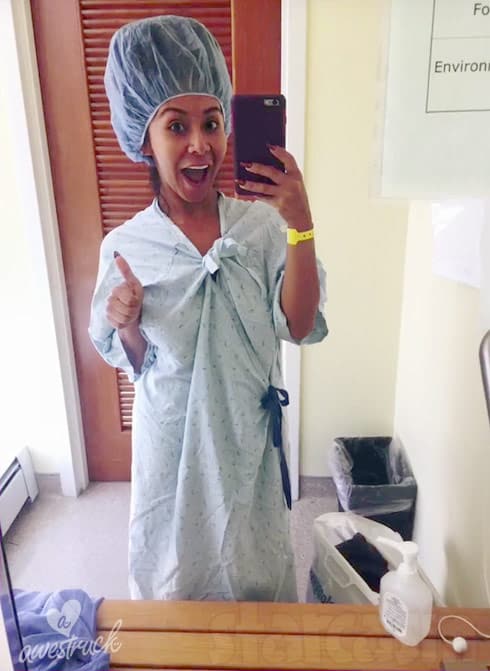 At this point JWoww rolls up in her SUV and bestie chemistry ignites in typical awkwardly hilarious fashion:

“I got my t!ts done,” Snooki finally exclaims when JWoww doesn’t pick up on numerous hints.

“Wait a minute, you actually did!” says JWoww. “I thought you were wearing a really good sports bra!” I’m pretty sure that would have been a great sports bra. 😉

Congratulations to Snooki, and a big thanks to her for sharing the reveal in such an entertaining way. And, of course, Snooki will continue to update fans on her progress, including a Youtube video of her check up with plastic surgeon Dr. Tutela:

UPDATE – Snooki actually received some criticism about her appearance in the video (good ol’ internet) and she took the opportunity to celebrate Bullying Prevention Month with this message:

By the way, its bullying prevention month. So I’m sitting here beyond excited to share with you guys my story and all I see is people calling me ugly and gross because my makeup sucks cause I could hardly do it myself post surgery. I can handle it, you telling me im disgusting. But others can’t. So being that’s its BULLYING PREVENTION MONTH, Be a Nice F**king Person and lift people up instead of being a d!ck and making them feel terrible about themselves. That is all.