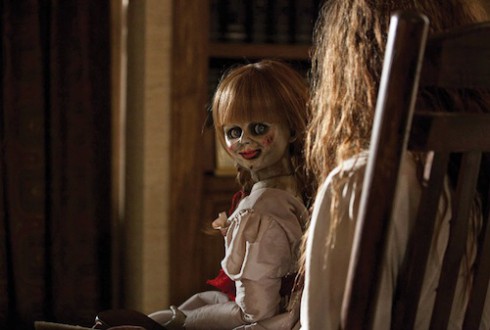 The Conjuring is supposed to be based on a true story, but one of the scariest parts of the film is the creepy doll Annabelle. Is she real too?

The haunted doll in the movie IS based on a real doll, but she looks nothing like the one in the movie. The real Annabelle is a Raggedy Ann doll who resides at the Occult Museum at the back of the house of the demonologists depicted in the film, Ed and Lorraine Warren.

According to lore on the Warrens’ website, the antique Raggedy Ann doll was purchased by a mother for her nursing student daughter in 1970. Soon the daughter, Donna, and her roommate Angie claimed that the doll would appear in different places and rooms, and in different positions. They reported that the doll would write messages like “Help Us” and “Help Lou” in a child’s scrawl.

After the unexplainable behavior continued the girls took the doll to see a medium who contacted a spirit who said it was a young girl named Annabelle Higgins who died in a cornfield where their apartment complex was built. They decided to give Annabelle permission to live with them and be loved, but it turned out it was not a young girl’s spirit they contacted, but a supposedly evil, demonic one. 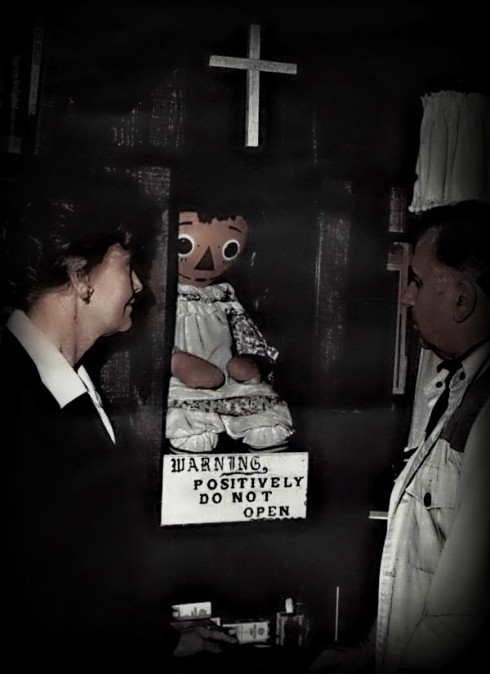 The real Annabelle doll with The Warrens

Donna and Angie’s friend Lou, who didn’t know about the doll, claimed that he awoke to find the doll strangling him when he stayed over one night. Eventually the Warrens came to investigate the situation and arranged an exorcism. Afterward the exorcism they took Annabelle home with the, where she appeared to levitate in a chair. After a number of other strange incidents they had a special case built for Annabelle to protect themselves from the spirit believed to be inhabiting her. Since the case was built she has reportedly not moved, but the Warrens blame her for the death of a young man who came to visit the museum and aggressively banged on the glass of her case. 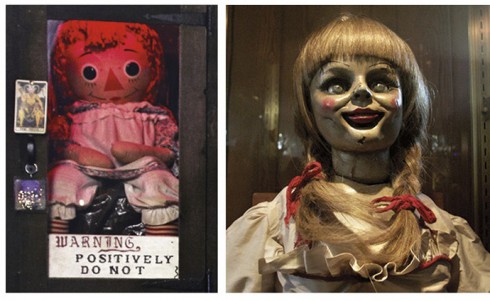 Do you believe the story of the haunted Raggedy Ann doll?

How many restaurants has Diners, Drive-Ins, and Dives visited?