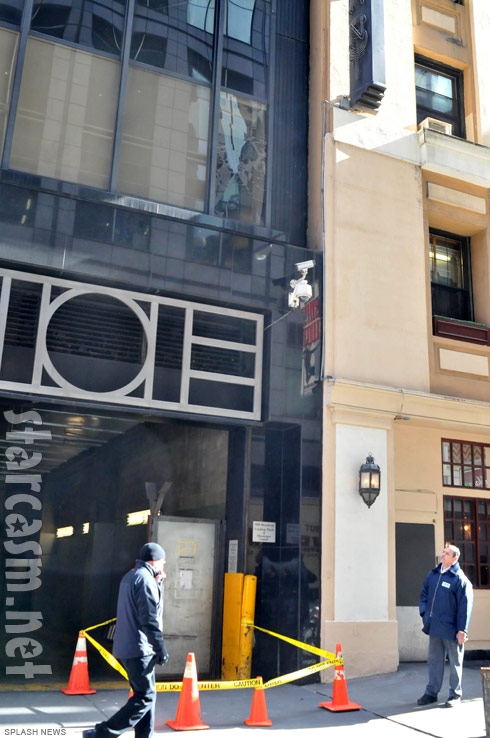 Singer Chris Brown was on Good Morning America this morning to promote his new album F.A.M.E. and seemed to get a bit irritated when interviewer Robin Roberts continued to ask about his 2009 assault of then-girlfriend Rihanna. Chris Brown’s anger continued to simmer after the interview in his dressing room where he was yelling so loudly security had to be brought in.

In addition to the yelling, Chris Brown reportedly smashed a window while enraged, sending broken glass showering down on 43rd St. and Broadway. You can see the busted window in the photo above and here is a zoomed-in picture: 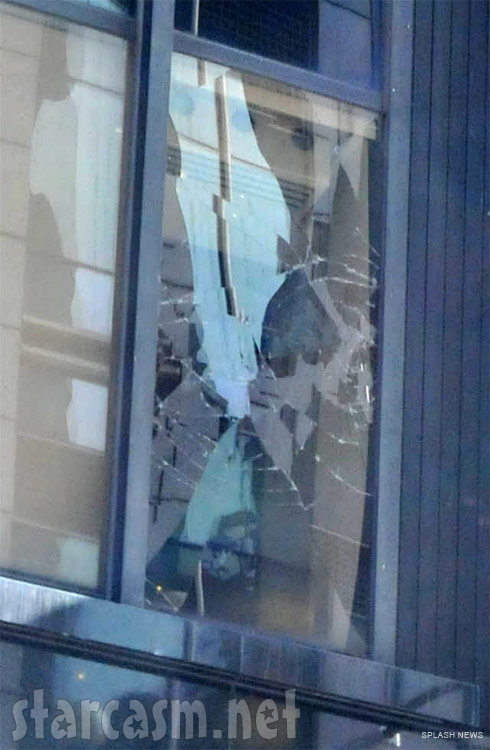 His next angry boy move was to remove his shirt, confront a Good Morning America producer, and then walk out of the studios before his scheduled second performance which was to air later online. 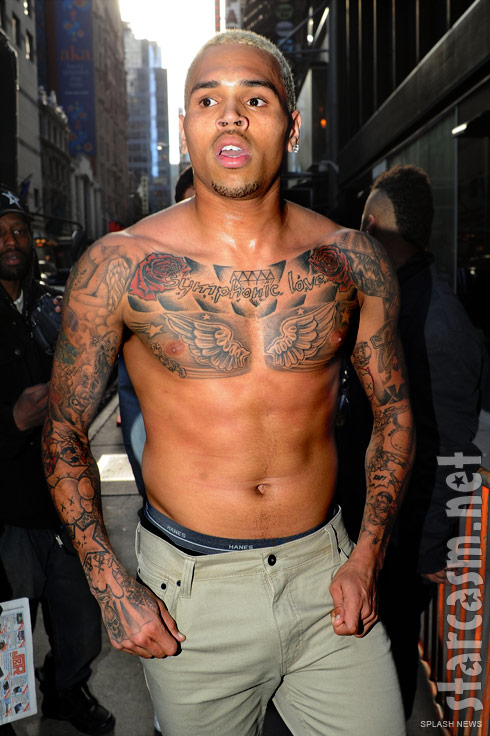 Just after taking his ball and going home the angry, shirtless Brown took to Twitter where he once again began lamenting the fact that people can’t seem to forget that he punched Rihanna in the face repeatedly:

“I’m so over people bringing this past sh-t up!!!” he tweeted. “Yet we praise Charlie sheen and other celebs for there [sic] bullsh-t!”

Pusha T offered up his support to Brown and seems to think he is someone little girls should look up to:

I understand @chrisbrown, I’m going to buy F.A.M.E. Actually I’m gonna buy 10 copies and give them to my nieces and god daughters.

So much for anger management! Chris, nobody is going to leave you alone about the Rihanna incident when you keep reacting like a angry, spoiled little brat every time you get asked about it. Oh, and continually lashing out violently (i.e. giving and NBC window the same treatment you gave Rihanna’s face) is just making things worse. I don’t know what your new album is about because like most people I haven’t heard it, but it’s obvious that it doesn’t do a good job of addressing the title because part of having F.A.M.E. is having your past mistakes (and that’s a pretty nice way of talking about domestic abuse) brought up in public forums and interviews.

***Speculation time! Since no one actually saw Chris Brown bust the window and since Robin Roberts has said her questions were approved by Chris Brown and his people prior to the interview I’m thinking this could all have been a poorly conceived publicity stunt. If that is the case then the fact that blogs like this one are talking about it would suggest that it was a success, but reinforcing the notion that Chris Brown is a childish, violent dude can only hurt him in the long run and all but crushes any chance he will ever be able to move beyond the Rihanna assault.