Beautiful and opinionated Real Housewife of Orange County, Alexis Bellino, has revealed to E that she suffered with eating disorders that began as a young girl and continued through her college years.  In opening up about her past struggles she hopes to help those who find themselves in a similar situation.

The self professed Christian and mother of three said that, “I suffered from both anorexia and bulimia.” She added, “It’s time to try to help people with something I overcame.” 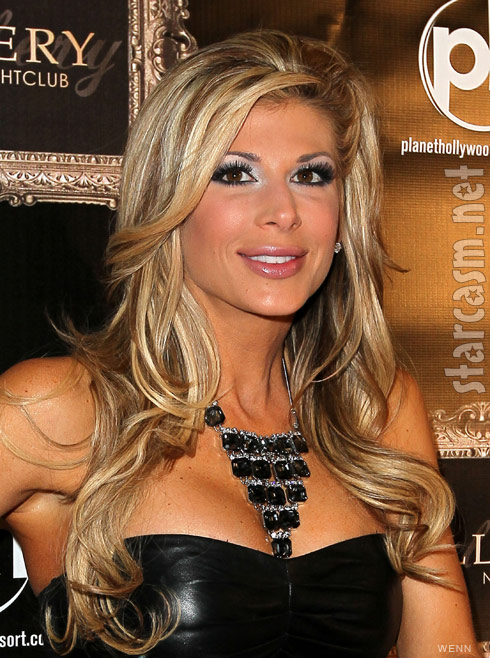 The trigger for her disorder came at the age of 12 when she discovered that her parents would be divorcing.  Her teacher noticed and let her mom know that it appeared as if young Alexis wasn’t eating.  Although she struggled with what she labels “control issues” throughout her teen years when it came time for college life Bellino gave way to the disorder.  “In college I would go days without eating, because it does consume you…I would do both, but mostly purging because I would be out with friends. It’s not pretty.”

Here is a video clip courtesy of E in which the reality star and burgeoning fashion designer discusses her struggles with anorexia and bulimia:

“I’ve been through a lot of therapy you have to understand too over the years.  I’ve been instructed it’s something like alcoholism, and I use that analogy often, ‘Once you’re an alcoholic you’re always an alcoholic.’  You can’t go, ‘I’m not an alcoholic anymore.’  So suffering from an eating disorder you can’t go, “Oh, I’m cured, I’m completely cured.”  But, you don’t have to practice it.”

The way Alexis finally received help is an important lesson to all of us to be aware of friends and loved ones if they are showing the common signs of an eating disorder which you can learn more about here.  For Bellino it was her roommate who noticed and took action by contacting Alexis’ mom.

Alexis reportedly still watches what she eats like a hawk, and told Life & Style that she never goes over 900 calories a day, which is insane! An average woman who works in an office and never gets any exercise needs at least 1200 just to keep her organs and metabolism running properly.

The rail thin reality star, who currently weighs between 118-122, has a weakness for dessert, but avoids eating it by serving everyone else, but putting lots of salt and pepper on hers. This eating disorder thing puts a whole new spin on why she went crying in the bathroom during Peggy Tanous’ fancy dinner party. Of course, there were other factors involved, but being hungry probably didn’t help.