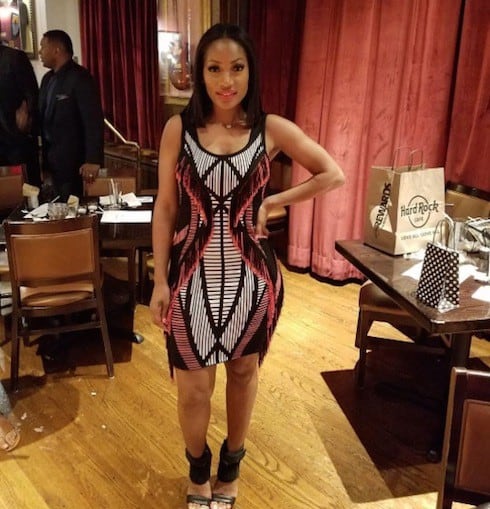 Former LHHATL cast member Erica Dixon has been channeling her inner Tommie over the past few days. Erica’s gotten her biggest headlines since her days on the show thanks to an arrest following a road rage incident which saw her take on seven (7) police officers in a Spring Break-esque drunken fight.

TMZ broke the story; according to their take, Erica was first pulled over for speeding, and tried to drive away from the citing officer before he’d finished giving her a ticket. (The same article says that Erica claimed she’d already been given the ticket.) More police show up and try to get Erica under control, but the three shots of Grand Marnier Erica says she’s had appear to take over.

Erica was cited for disorderly conduct after the fight, which was of course captured on video: 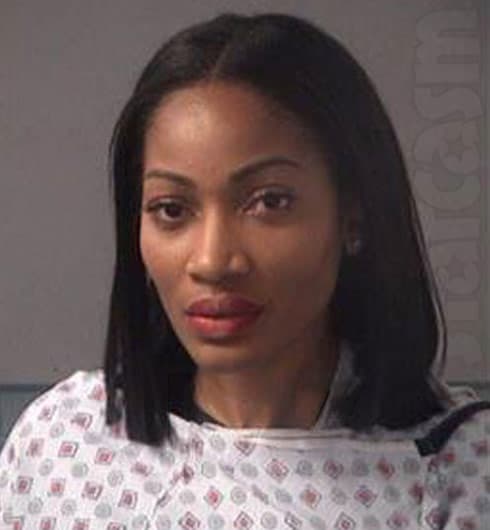 Then, just one day later, Erica appeared on Streetz 94 for an already-scheduled interview with Jazzy McBee. The interview immediately turned to the arrest video and incident behind it–because what else are you going to talk about?–and Erica shared her version of the events.

According to her, the situation began with an irascible officer demanding that she get out of her car and stand in front of his own. The officer gave her a ticket and gave her her license back, but apparently also told Erica that if she drove off, he would be arrested. It was then that he asked if she’d been drinking, Erica admitted to having three shots of Grand Marnier, and she pulled around to the pump at the gas station because she had to go to the bathroom.

The whole thing was “crazy,” in Erica’s telling, because she claims she was never read her rights and the arresting officer was simply looking to harass her from the outset.

“These people that pissed me off the most,” Erica says, “are the ones recording and not one of them called 911.”