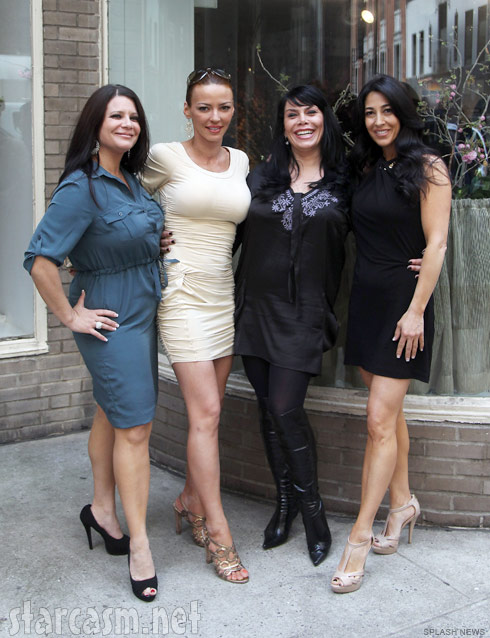 I have to admit that I love me some Mob Wives especially my girl Drita D’avanzo who posted the following song to her Facebook page from rapper G FELLA.

The song is called appropriately “Mob Wives” and Drita wrote that, “One of my biggest fans wrote this.” It’s a brief track but it hits hard and heavy just like a Karen Gravano punch to the face! Check it out (adult language heads up):

If you like the track you can find out more about G FELLA via his official website here. His bio says that G:

“Hails from Westchester, NY G FELLA is one of the most talented rappers ever to grace the genre. G FELLA uses his incredible verbal skills to tell his authentic story. He is the first Italian-American rapper to make a significant impact in the world of hip hop.”

The ratings were great for the first season of the docu-drama that followed four Staten Island ladies with ties to the mob. VH1 has signed on for a second season and we can’t wait for more freakin’ fireworks.