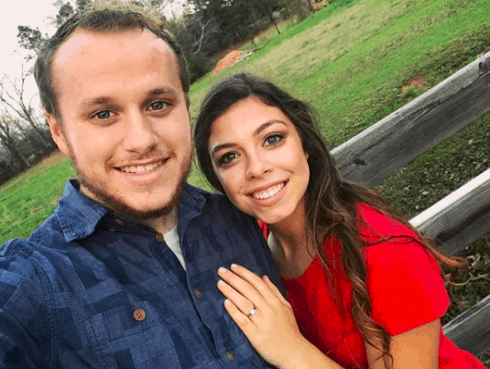 Josiah Duggar and Lauren Swanson Duggar tied the knot on June 30, 2018 at a ceremony her father Dwain Swanson officiated, but they’d only been officially courting for about 6 months and engaged for 4 months. Tonight’s premiere of Counting On Season 8 starts off with the cute way Josiah asked Lauren to court him. (Courtship is a special kind of committed dating in-between friendship and engagement.) 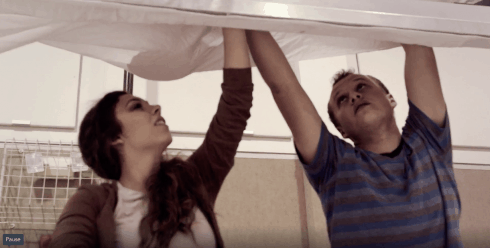 Although they’ve a bit of a whirlwind romance, Josiah (21) and Lauren (19) have known each other for 7 or 8 years. They first met when Lauren’s family was passing through and stopped by the Duggar family’s church. Since then they’ve seen each other off and on at church-related conferences. Lauren’s family recently moved to Arkansas, making it easier for the lovebirds to get to know each other.

On tonight’s episode, filmed in December 2017, Josiah arranges for his sisters to take Lauren out to dinner. They spent some quality girl time together throughout the meal, but the big surprise was planned for dessert.

Once their sweet treats arrived (Lauren opted for some fruit while some of the other girls indulged in cheesecake and chocolate,) Josiah showed up as a surprise. He then asked Lauren if she wanted to court him (of course, as per Duggar dating etiquette, he had already gotten approval from Lauren’s father.) She seemed excited and definitely surprised at this development. The pair kept to the side-hug restrictions, but it seemed evident that they definitely wanted to kiss at this momentous moment.

Of course, they didn’t have to wait for long! In just a few short months they were officially wed. Here’s a glimpse of Lauren walking down this aisle with her father. 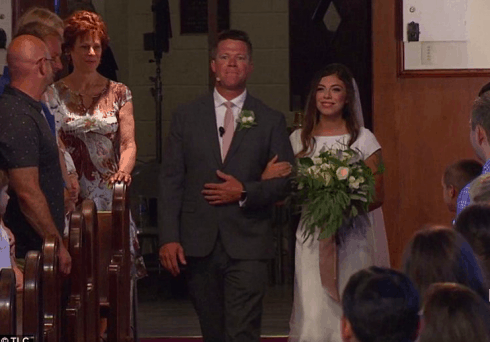 When the pair officially announced their engagement in March, the Duggar family put out a statement on their website praising Lauren.

“We have known Lauren and her family for a very long time and have seen how she has grown in her knowledge and understanding of the Lord. She is a wonderful, caring, compassionate young lady, full of zeal for Christ. We are very thankful for her.”

While it’s rare for a Duggar courtship to not lead to marriage, Josiah Duggar was in a prior courtship with Marjorie Jackson in 2015. The courtship only lasted a few months before the two parted ways and Marjorie has since gone to college and written a book that addresses her time with the Duggar family.

Jed Duggar lost hard to a Democrat in deep-red Arkansas

REPORT Joy-Anna Duggar wedding date is this Saturday, May 20!