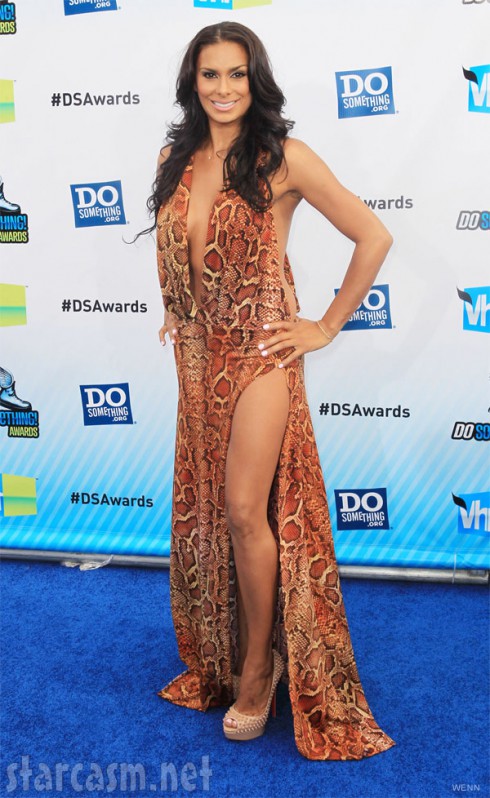 Laura Govan, star of Basketball Wives: LA and fiance of the Memphis Grizzlies’ Gilbert Arenas, recently lost an impressive 85 pounds. After giving birth to her four children, the reality star had ballooned to 225 pounds and she didn’t what she saw seeing in the mirror — so she made a change.

“This is who I’ve always known,” Govan told Celebuzz in a new interview. “I’ve only known the 225-pound pregnant Laura for five years. I was 117 pounds, I was tiny… my first daughter six years ago I gained 100 pounds. I was 224 pounds with my fourth baby… I [even] had weight in my ears, I was chubby in the lobes and I said ‘I can’t do this anymore.'”

Here are a couple Laura Govan before and after weight loss photos:

As for where all the weight came from, the answer is simple. “It definitely came from eating,” she admits, adding that on average, she was eating two cakes a week. For Laura, her weight had gotten so out of contol that she knew she had to do more than just diet.

And speaking of working her a** off, you can see Laura means that pretty much literally in these two photos she tweeted of herself before heading out to an event at the end of August:

“I started working out. I had to change my mind. You just have to really not be lazy and stay dedicated,” she says.

“The difficult part was the timing, I didn’t have much time,” Govan admits. “I had to figure out when and where I could work out — in the morning before they [my kids] got up and at night when they went down…and in between I’d work out with them at soccer practice. I was running up and down the court.”

Laura’s weight loss methods may be a bit unconventional, but it certainly worked for her!

Check out her entire interview with Celebuzz below: