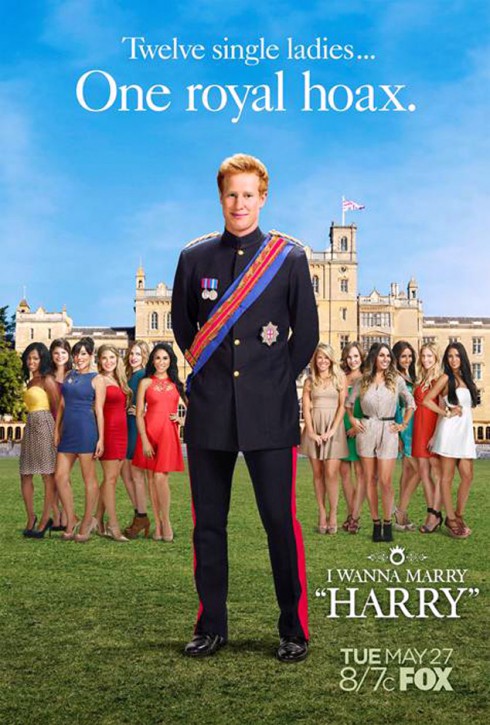 This summer, Fox will follow 12 hapless American women as they fall head-over-heels in love with the man they are led to believe is Prince Harry. As the new I Want to Marry Harry preview reveals, it will be a comedy/tragedy on par with some of Shakespeare’s best works.

In the trailer, the omniscient narrator explains producers convinced the contestants they could win a “royal fairytale wedding.” To quell skepticism, they hired fake paparazzi and thoroughly trained Matthew Hicks (the fake Harry) to act the part.

“I really hope I have what it takes to pull it off,” faux Harry says.

Based on the ladies’ reactions, it seems like he does…

“That security is not for show. It’s real,” one keen contestant said while “bodyguards” held paparazzi back.

But, the charade must come to an end at one point. And, shockingly, the ladies don’t seem to take the news that well. (Possibly except for the one who didn’t discriminate with Harrys: “Prince Harry. Harry Potter. I don’t care.”)

I Want to Marry Harry premieres on Fox on May 27.

VIDEO: Prince Harry dancing in Jamaica, you can’t help but have a crush on him