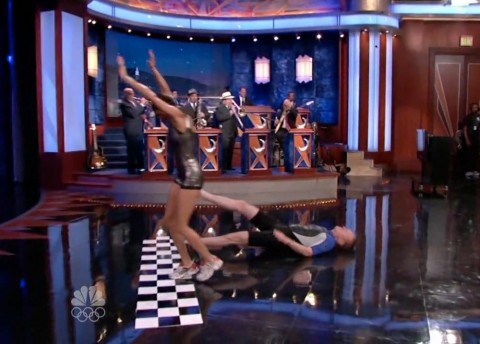 Conan O’Brien made headlines last week when he suffered a concussion filming a comedy skit with Teri Hatcher. Poking a little fun at the fact that Teri had recently completed the 2009 Nautica Malibu Triathlon (see pictures of her competing here), Conan and Teri ran their own mini-triathlon. During the final leg, which ended on The Late Show’s main stage, Conan slipped and fell crossing the finish line, hitting his head on the concrete surface. He would try to continue filming the show, but eventually had to be taken to the hospital. Here he is with Andy Richter talking about the incident and revealing video footage for the first time:


Hmmm…it seems NBC.com is having issues with it’s version of the video in some versions of Firefox, so here’s one from youtube with just “the race” and another with the complete segment:

Here are some photos from just before the Conancussion, featuring a mucho goofy Coco and a hot ‘n’ healthy Teri Hatcher: 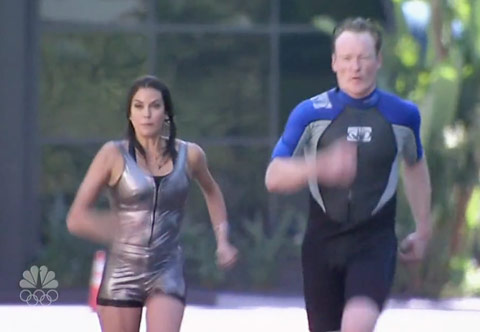 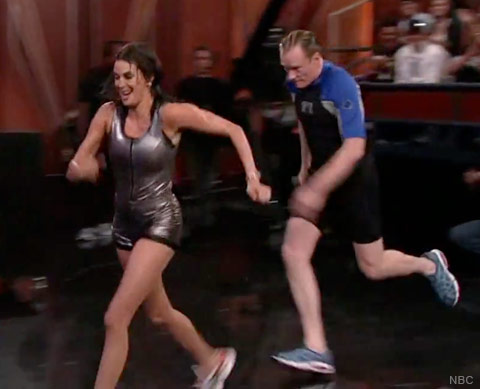 As usual, Conan had a great sense of humor about the whole thing, commenting on the amount of media attention he received for his Teri Hatcher skit injury by announcing, “So tune in tomorrow
when Eva Longoria pushes me down an elevator shaft.”

I know I would watch! Of course, I would also watch Teri Hatcher in her silver jogging suit! 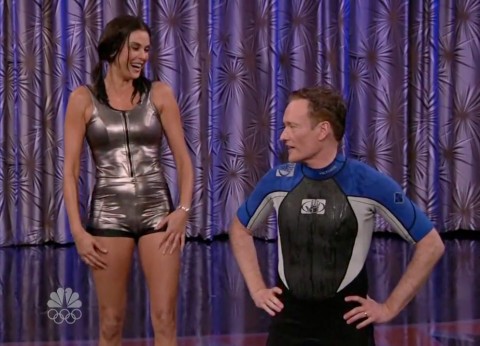