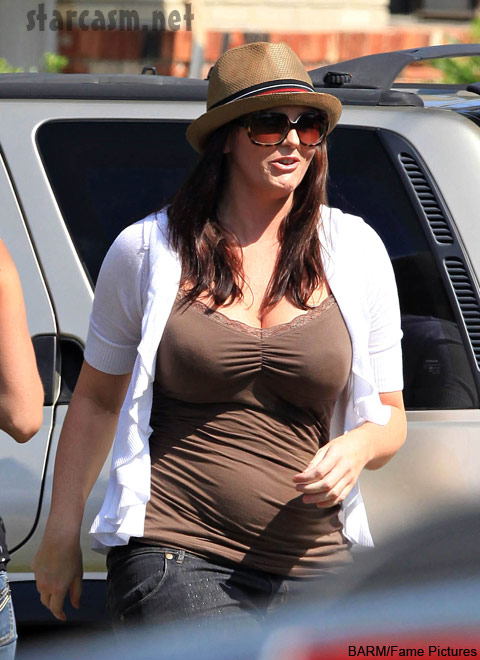 Here are some first photos of Samantha Burke going out in public after the birth of her daughter Sophia. No pictures have been sold yet of little Sophie, so her precious face was protected by a blanket. At this point Samantha can’t afford for a photog to steal her meal ticket (she plans on selling first pictures of the baby to a mag) because Jude Law is now asking for a DNA test.

Burke’s lawyers are seeking quite a hefty child-support sum from the actor, and up until now it was reported that he intends to pay up. Samantha’s grandmother, Delores Burke, has called him “less than a gentleman,” and Samantha’s father Denis Burke has alledgedly asked the star to “be a man about this.”

Samantha claims that she fell in love with Jude in a major way after their one-week encounter, and fell sad went he ran away to Europe, leaving her lonely and knocked up. 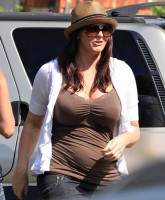 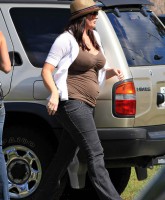 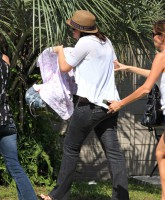 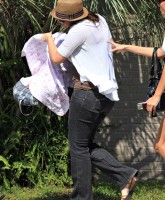 REPORT Anne Hathaway is pregnant with her first child