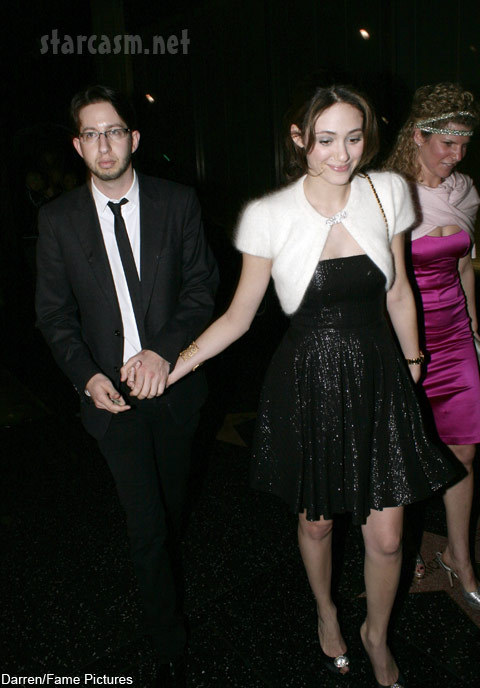 Emmy Rossum and Justin Siegel together 2/8/09

Barely known actress and singer-songwriter Emmy Rossum and Justin Siegel have ended their secret year-and-a-half marriage. Siegel, a music producer, filed for divorce Friday, September 25, 2009, citing irreconcilable differences. He is seeking spousal support from Emmy, and expects her to pay all divorce costs.

The couple married February 17, 2008, and kept the whole deal a secret by filing a confidential marriage license. No one found out about the marriage until early August, 2009, when then had already parted ways.

Word is that Rossum has moved on quickly, and is now getting close to Adam Buritz from County Crows. Rossum starred alongside Gerard Butler in 2005’s Phantom of the Opera, played an orphan in Songcatchers, and this year starred in Dragonball: Evolution. In 2007, she released an album Inside Out.

Fergie and Josh Duhamel are getting a divorce