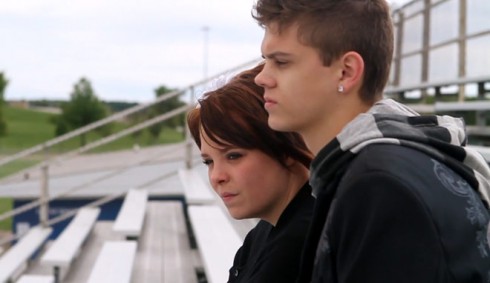 When Teen Mom stars Catelynn Lowell and Tyler Baltierra placed their daughter Carly for adoption in May of 2009 it was one of the most heart-breaking moments in television history. For the two youngsters it was a terribly painful moment that nearly tore them both apart – and a moment neither have regretted, thanks in large part to Bethany Christian Services, the adoption agency that not only found a wonderful home for their daughter, but also helped the both of them through the struggles of dealing with the inevitable emotional trauma of giving a child up for adoption.

Now Catelynn and Tyler are helping to repay the debt they feel towards Bethany Christian Services by appearing in one of their commercials! Catelynn talks about how fearful she was in the initial stages of the adoption process and how Bethany Christian Services works with the birth mothers closely to help guide them through the decision making process and then the adoption, if that’s what the mother decides.

Pregnancy counselor Dawn Baker, who you might recognize from 16 and Pregnant and Teen Mom because she was the one who helped Catelynn and Tyler, says that they try to remain neutral in the decision making process and try to help the mothers make the best possible decision for their particular situation. For example, the first thing they do is help the mother put together an adoption pros and cons list. I can only imagine how small the pros list must have looked to Catelynn and Tyler when they completed it!

Another interesting take is that one of the adoptive parents points out how important it was to them that the birth mother was counseled well – which makes all the sense in the world, especially in an open adoption situation in which the birth mother will be seeing the child on occasion.

“In 2009, MTV Networks launched a ground-breaking show, 16 & Pregnant, that became a bigger hit than anyone imagined. Bethany Christian Services was contacted by the network because they were hoping to feature an adoption story on this new show. Months later Catelynn and Tyler debuted on the show and as they say, the rest is history.” 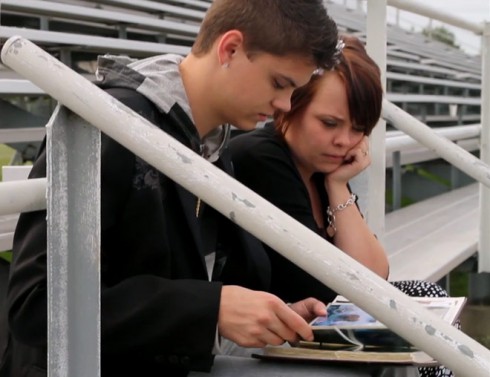 Want to know more about Bethany Christian Services? Here are some links followed by their brief “About Us” statement:

Bethany Christian Services is a global non-profit organization serving orphaned, abandoned, and vulnerable children on five continents. As a leader in adoption and family services worldwide, we strive toward a world where every child has a loving family.

Since 1944, we have been serving children who are alone or vulnerable. Our comprehensive social services include pregnancy counseling, adoptio…n, foster care, family preservation, and post-adoption counseling because we know children thrive in safe, loving, and strong families. This is how we demonstrate the love and compassion of Jesus Christ.

Catelynn has been so moved by the positive affect her counselor Dawn had on her that she is hoping to follow in her career footsteps and become a counselor herself!

And if you want a serious flashback, CLICK HERE to watch the original profile video made by Brandon and Teresa that would eventually lead to Catelynn and Tyler choosing them as the adoptive parents of Carly!