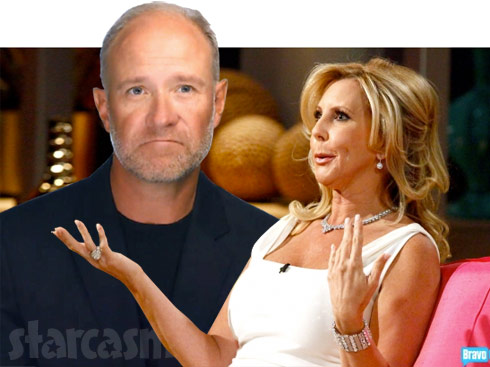 There are a lot of folks saying they are tired of hearing about Brooks Ayers and #Cancergate, but the traffic on every story we do about it (not to mention the huge boost in ratings for The Real Housewives of Orange County this season) seem to suggest otherwise. So, with that in mind, here are the latest Brooks Ayers #Cancergate updates, including Vicki’s rather angry reaction, plus more reactions from Vicki’s RHOC co-stars.

(In case you missed it, Brooks has admitted that he fabricated the obviously fabricated medical records he presented as proof that he was getting treatment for his cancer. That admission came shortly after the hospital he claimed to be receiving treatment at flatly denied he was ever a patient.)

First up we have Vicki Gunvalson FINALLY getting off the Brooks Ayers Express as she tells Extra‘s Mario Lopez, “I hate him, I hate him with everything in me,” before adding, “and I don’t hate people, but I believed him, I trusted him, I defended him, took a bullet for him when people didn’t like him.”

Vicki, who has been told repeatedly by basically 90% of every human being around her and on the internet that Brooks is untrustworthy, is now trying to gain sympathy for being deceived. “I’m guilty of loving him and believing him. Who hasn’t believed someone that you loved?” Vicki asks, before then getting a bit emotional, “And why would you lie about cancer when I’ve had three friends die of it in the last two years? I had my dearest friend just die of stomach cancer.”

“I was born [to believe] that you trust and honor the person you’re in love [with] — why would I think he would be lying to me, what would be his benefit… ? The lies had to be enormous, what he went through to make these lies up,” she said. 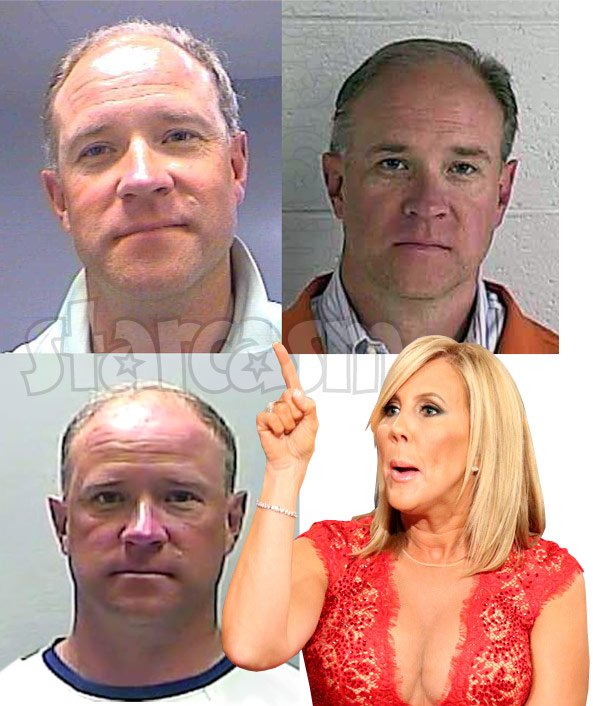 Vicki then made it clear that she was never in on Brooks’ many lies, and that she is above such shystering. “My life is so abundant, I didn’t need to make a fake storyline, and I sure as hell wouldn’t make it up about Brooks… As God as my witness, I would never want to make something up like this; it’s actually quite sick,” she said, before showing a little humility in a message to some of her RHOC co-stars. “I’m embarrassed. I want to tell the girls I’m sorry.”

Amazingly, with all of the people in her life telling her all along that Brooks can’t be trusted, it was Tamra’s visit with a psychic that first made Vicki suspicious. “I think that towards the end of filming, with the start of the psychic and Tamra saying the psychic didn’t see cancer, I thought, ‘Well, then cool, he’s cured,’ but then it… didn’t make sense and why is he switching doctors? He was at City of Hope, then he switched over to Hoag… and at the end of the day, I thought, ‘That’s his journey.'”

Yes, that’s his journey, but Vicki, you were tied to him with a very short rope!

Meanwhile, Brooks naysayers are piling on after his admission that he fabricated his medical records. Of course Vicki’s frenemy Tamra Judge was quick to respond. Here’s her reaction on Facebook:

Former RHOC star Gretchen Rossi, whose fiancé Jeff Beitzel died from leukemia in 2008, issued a scathing statement about Brooks to E! News. “Being that I watched my fiancé take his last breath as he passed away from cancer, I am appalled and disgusted that anyone would lie or makeup false documents about a very serious disease that millions are fighting against for their lives everyday,” she said.

E! News even managed to get in contact with Vicki Gunvalson’s brother, Bill Steinmetz, for his reaction to #Cancergate. “I’m astonished,” he says. “I’m floored that he would bring paperwork with him that’s false. I don’t understand the thought process.”

Bill later revealed that he was pretty much the only member of Vicki’s family that came to the support of Brooks. “I was the only one who had his back during the duration of the relationship because Vicki was telling me all these good things about him,” he said. “Now I think I’ve been conned.”

Meanwhile, the rest of the family seems like they were like the rest of the world. “The other side of my family—my other sisters and my niece—didn’t believe anything,” he revealed. “My mother didn’t at first but then after a while, she was like, ‘Whatever makes Vicki happy, you guys just have to accept it.'”

As we previously reported, Brooks Ayers will continue his “No Apologies Apology Tour” as he stars in the “Brooks Tells All” special with Andy Cohen airing Thursday, November 12th, at 9/8c on Bravo.