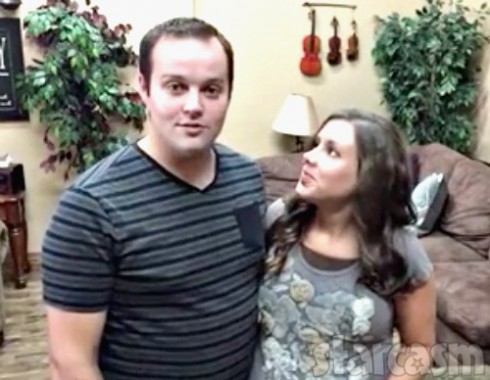 Anna Duggar is finally opening up about the ongoing sex scandal that’s rocked her family and turned her husband into a pariah. TLC has just released a new promo for this December’s three-part series Jill & Jessa: Counting On; in it, Anna shares some of her thoughts on husband Josh’s devious ways, and reflects on where her family’s at now.

Anna was most recently in the news herself when Amy Duggar called a Country Music Awards joke at her husband’s expense “the best thing ever.” She’s kept mostly quiet since the worst of Josh Duggar’s infidelity and molestation accusations, which Josh has been widely criticized for joking about. According to one family friend, when Anna found out about Josh’s indifelity, “she just cried.”

Keeping all of that in mind, Anna Duggar’s fresh tears during the latest trailer for Jill & Jessa: Counting On make perfect sense:

“It was heartbreaking to hear what had happened,” Anna says, in response to Jill and Jessa’s commiseration. “I cried a lot of tears,” agrees Jill. Jessa asks “Somebody who you love, how could this happen?” In response, Anna turns her eyes to the floor.

The trailer does end on a more positive note. “We’re getting through,” Jessa affirms, and Jill chimes in: “We will come out of this fire.”