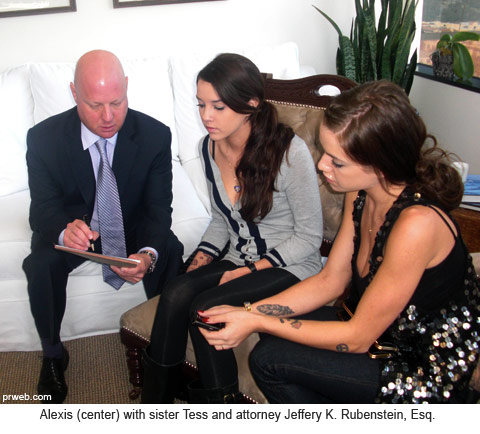 In the premiere episode of the new E! reality series Pretty Wild we saw Alexis Neiers Arlington being arrested for her alleged involvement in the infamous Burglar Bunch Bling Ring, who robbed a number of celebrity homes in the Los Angeles area over a period of months. As mentioned in a previous post, Alexis has confessed to being present when Orlando Bloom’s house was robbed last July, but she claims she was drunk at the time and didn’t know that her friends were planning the burglary.

Alexis filmed an emotional video blog for E! which she must have recorded shortly after getting out of jail. In the video a tearful Alexis talks about being completely surprised that the police were there to arrest her, and then describes what it was like to be taken away immediately without any friends and family and put in a holding cell she describes as the worst place we could imagine. Alexis takes us through to the point of her release and the overwhelming jot she felt at finding mother Andrea Arlington and sisters Tess Taylor and Gabrielle Neiers as well as tons of paparazzi waiting for her. 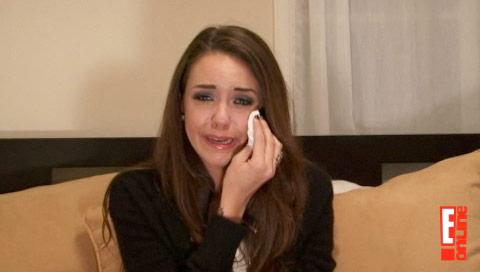 When police showed up at the Arlington home with an arrest warrant for Alexis it kind of put a damper on the girls’ annoyingly glib demeanor and over-the-top celebutant rebel attitudes. Suddenly the non-entertaining artificiality of a soon-to-be-canceled reality show was injected with some real reality and entertaining drama! My guess is that the majority of the rest of the season will mainly focus on how the family deals with the legal battle surrounding Alexis’s arrest and it has the chance of being a really unique glimpse into the legal system from the perspective of a high-profile defendant and her family.

I hope E! was able to scramble their strategy and adjust the focus of the show, otherwise we will continue to see three fame-hungry women and Gabby popping Adderall, breaking curfews, kissing douchebags and taking modeling and acting jobs away from those with talent. In other words, Keeping Up With The Kardashians Lite.

VIDEO Sarah Palin is Gun-Ho? What does TWILF mean? “The Stupid Virus” cartoon