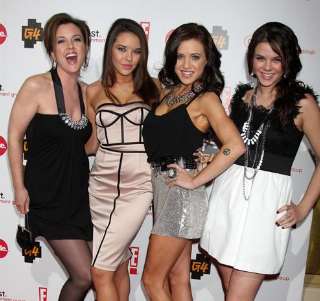 Pretty Wild is an E! Reality Show that’s part scripted gag-inducing lines and partly the real story of two young things (Alexis Neiers Arlington and Tess Talyor) trying to break into Hollywood. They have obstacles to overcome along the way, like their former Playboy model mom who still yearns for the spotlight herself, and of course, the fact that Alexis is standing trial for breaking into Orlando Bloom’s house in connection with the Hollywood Burglar Bunch ring.

But back to the mom. There’s only been three episodes and not much action despite the scandalous arrest and court proceedings. They mostly sit around and say scripted, corny things to each other. Considering that this is all so planned and thought out, it’s a bit odd that they made such a fuss of Andrea feeding the girls Adderall in the morning, or right before their court date.

Adderall is a stimulant, an amphetamine that’s almost exactly like street speed. It genuinely helps people who actually have Attention Deficit Disorder focus at work or school. The girls do not appear to be going to either work or school, unless you count pole dancing lessons, but maybe they need it to memorize their scripts.

If they really have ADD, why not just quietly give them the pills with breakfast and not proudly announce it to your camera crew as if you were giving your children their daily vitamins. All this just seems a bit odd since not only is Adderall a widely abused prescription drug that could stop your heart if you took too much of it, but it’s also been popularized as a weight loss drug being abused by Young Hollywood in their maddening desire to stay thin. That very same Young Hollywood that were victims of the Burlar Bunch.

LHHNY Did Peter Gunz get back together with Tara Wallace? New spoilers indicate rekindling of old flame