It looks as though the poor man’s Lindsay Lohan might be headed back to jail after former Pretty Wild! reality star and convicted Bling Ring member Alexis Neiers was caught with black tar heroin at her home earlier today.

According to TMZ police were checking on Alexis, who is still on probation for robbing Orlando Bloom’s house last year, when they found the heroin.

UPDATE – CLICK HERE to see Alexis Neiers’ mug shots in which she is wearing an embarrassingly ironic t-shirt!

Alexis’ previous stint in jail made national headlines because of the connection to the Bling Ring robberies and the fact that E! was filming the Pretty Wild! reality series when Alexis was arrested. Her trial and conviction played out in season one of the show and she would eventually serve one month of her six month sentence behind bars at the Lynwood Correctional Facility in California before being released July 23. 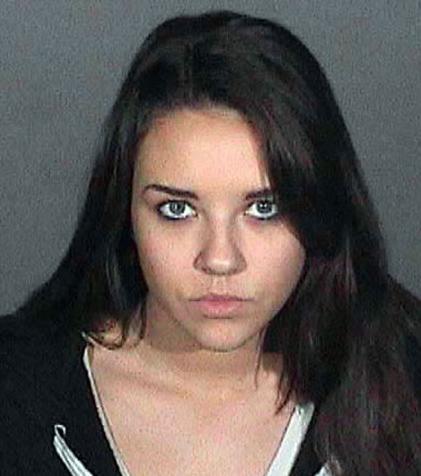 A serious probation violation like this one doesn’t bode well for Neiers who, according to TMZ, could face “some serious time behind bars.”

I have a suggestion for Alexis, she should just claim that the heroin wasn’t hers and that she found it in a purse she stole from Paris Hilton!

The fact that Alexis might be into drugs should come as no surprise considering TheDirty.com published photos of her and her sister Tess Taylor smoking pot and Tess doing a little heroin!

Perhaps Alexis should watch THIS VIDEO in which she gives some advice to Lindsay Lohan on serving time. 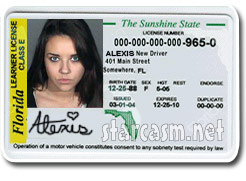 UPDATE – As is always the case with any Alexis Neiers story there is an update. From TMZ: “Law enforcement sources tell TMZ, Neiers was also found with a fake Florida driver’s license. All in all, she was booked on three counts — probation violation, possession of a controlled substance, and perjury (for the fake ID).”

This horrible police sketch may actually be a genius tactic