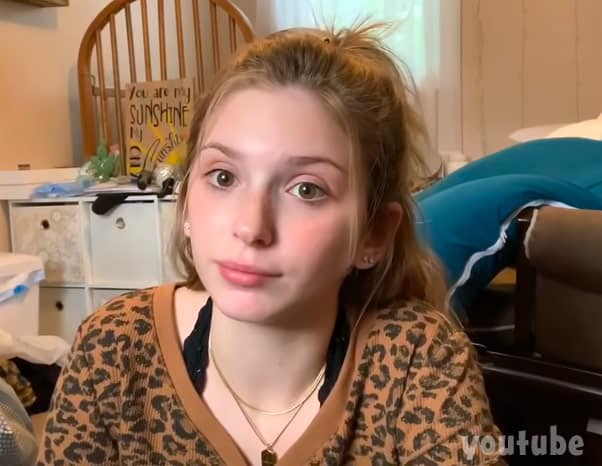 On the current season of TLC’s Unexpected, teen mom McKayla Adkins’ life is more chaotic than usual as she gives birth to her daughter Gracelynn while tensions between her family, her ex Caelan, and Caelan’s family are at an all-time high. Gracelynn was born back in January, which means eight months have passed. So, are things any less chaotic for McKayla now? No. Not at all.

The 19-year-old reality star uploaded a Youtube video on Monday titled “Life/Mental Health Update” in which she reveals that she is currently going through a litany of problems. “My life has been crazy lately,” she says near the beginning of the 7+ minute clip.

Fans of McKayla are probably aware that she started college at the beginning of September in hopes of becoming a nurse. After a month of classes, it appears that college is just too much for her right now.

“School has just been a lot. Nobody really told me how much would be taken out of me,” McKayla confesses. “People said that this school I’m going to was going to be hard, and it’s going to be pretty much sucking the life out of me, but with two kids, it’s sucking the life out of me even more. I just feel like I’m not giving my kids the attention they need. I don’t have time for myself. I don’t have time for literally anything. I go to school, I come home, I study.”

“I’m probably going to have to drop out and get a job, and then go back to college when my kids are older and can understand why mommy’s not around,” McKayla explains later in the video. “Because right now they don’t understand…They’re just, like, ‘Mommy’s not around.’ And they’re going to get attached to other people, and that scares me.”

In addition to taking her away from her kids, McKayla also says that being a student is preventing her from making money. “I might not be in college for much longer for the simple fact that right now I’m not really making any money because I don’t have time for Youtube, which, as most of you guys know, Youtube is my job. And I just don’t have time for it any more. So I haven’t been making videos, which means I’m broke pretty much. And I need a job, whether it’s Youtube, whether it’s actually going out and getting job, which I’m applying to a few places today.”

So what about her career plans? “I still want to be a nurse,” McKayla says, “but at this point in my life it’s not going to happen.”

Here is the full video from McKayla, which also includes McKayla’s reactions to fans who question why she has been so mean to Caelan and his mother Shelly this season. McKayla also updates on the relationship status with her new boyfriend!

It seems the chaos continues for the