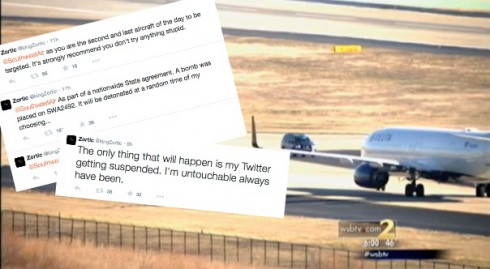 Today was a scary day for U.S. aviation. Two flights landed at the Hartsfield-Jackson International Airport in Atlanta after being accompanied by military fighter jets when officials say threats were received of a bomb aboard each aircraft.

One of the planes was a Delta flight flying in from Portland and the other was Southwest arriving from Milwaukee. Airport spokesman Reese McCranie said each of the threats were deemed “credible.”

Thankfully, no evidence of a bomb or explosives was found aboard either plane though FBI official are still interviewing passengers as well as investigating “all the feeds and onboard Wi-Fi.”

Atlanta’s WSB-TV News was the outlet that reported the threats were made via Twitter from the handle @kingZortic. This person eerily tweeted directly to Delta and Southwest threatening of bombs on board and, surprisingly, the Tweets haven’t been deleted. 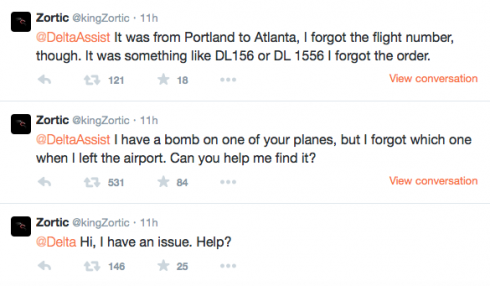 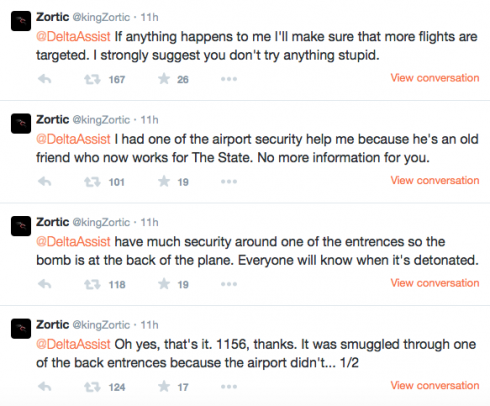 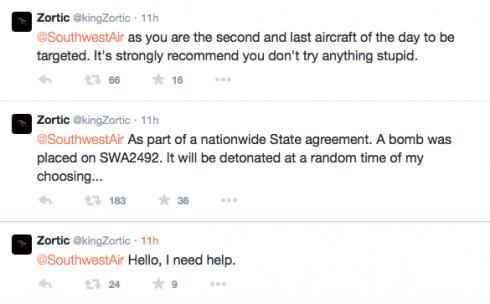 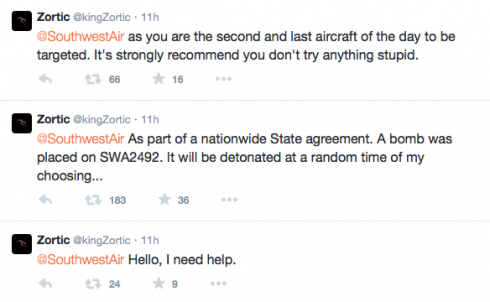 In addition to the direct threats, @kingZortic has also been taunting the FBI, CIA, and NSA claiming he is “untouchable” and challenging people to find out his identity. 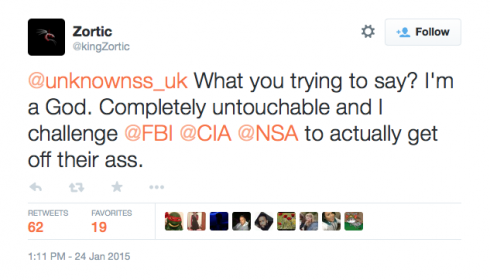 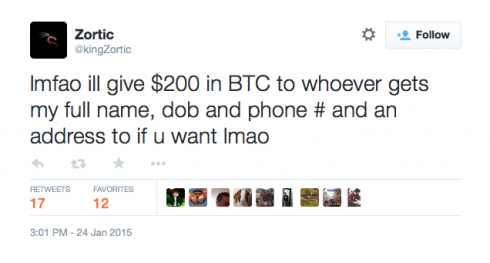 According to his last Tweet just 5 hours ago, it looks as though officials  have zeroed in on @kingZortic.

One thing is certain, whoever this person is has committed several felonies and will be prosecuted to the full extent of the law.

Pop Quiz: Who tied Quincy Jones for the most Grammy wins by a living artist?