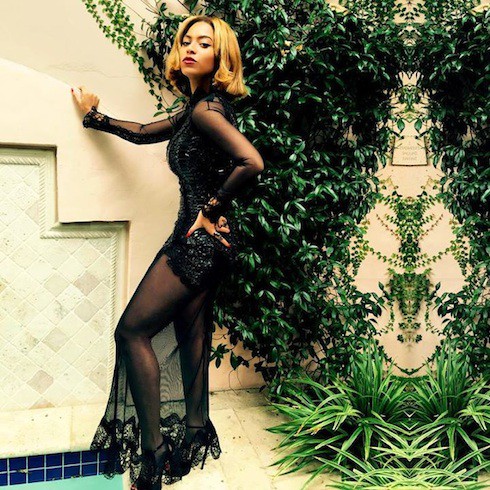 Back in 2011, when Beyoncé was finishing up work on 4, she was also putting the finishing touches on a loose collection of around twenty tracks. The songs never came together in the form of a proper, record-company-promotable album, but they were fully-formed expressions of some of the many ideas Bey and Jay-Z were fleshing out at the time. And, now, R&B producer The Dream has confirmed that the secret, Afrobeat-inspired Beyoncé album does indeed exist, albeit on a shelf in a recording studio.

Apparently, Bey was feeling especially inspired by African musician Fela Kuti, known as the creator of horn- and chant-heavy Afrobeat music, and wanted to make music inspired by some of the same instruments and rhythms. Which is why, according to The Dream, “there’s so much of that sound in End of Time.”

Dream dropped the surprise in an annotation to some of Beyoncé’s lyrics at Genius.com. Here’s the full annotation:

We did a whole Fela album that didn’t go up. It was right before we did 4. We did a whole different sounding thing, about twenty songs. She said she wanted to do something that sounds like Fela. That’s why there’s so much of that sound in the “End of Time.”

There’s always multiple albums being made. Most of the time we’re just being creative, period. We’re talking about B, somebody who sings all day long and somebody who writes all day long. There’s probably a hundred records just sitting around.

In other words, the album never got released because you can’t release everything you’re working on. So the music might reach our ears one day, and it might never get a proper release at all.

For a side-by-side comparison, here’s Beyoncé’s “End of Time” and Kuti’s “Water No Get Enemy.” Check it:

Sounds pretty fun. What do you think? Could you dig a whole Beyoncé album influenced by Afrobeat music? Feel like starting a Change.org petition? Or do you hope the album remains shelved…indefinitely?

How did Ina Garten’s husband, Jeffrey Garten, make his money?