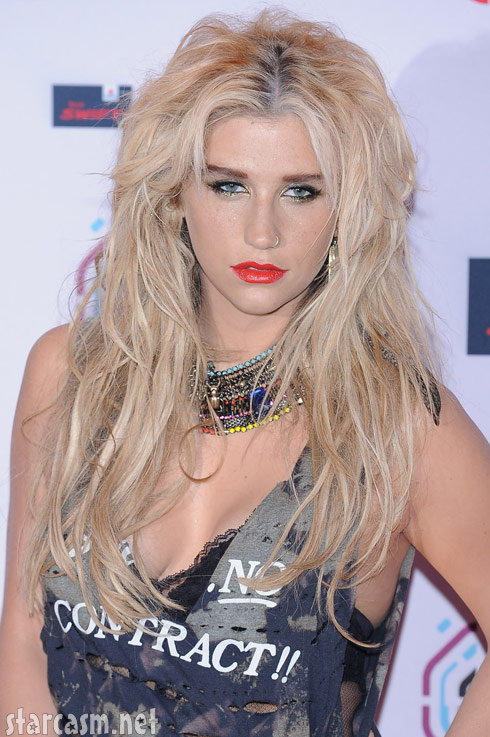 Ke$ha gave Madrid a taste of her caliente mess style tonight arriving to the 2010 European Music Awards in a pair of McCall’s purple satin pants and a ripped tanktop as well as what appears to be lots of Hot Topic Native American jewelry.

To be honest, Ke$ha looks to have cleaned up a bit for the awards, leaving her face relatively mascara free and frizzing out her hair vintage Lita Ford style! Normally Ke$ha looks like that dangerous girl at the bar that doesn’t become a mistake until right around closing time – but looking like this I might be willing to make that mistake well before midnight! TiK ToK! 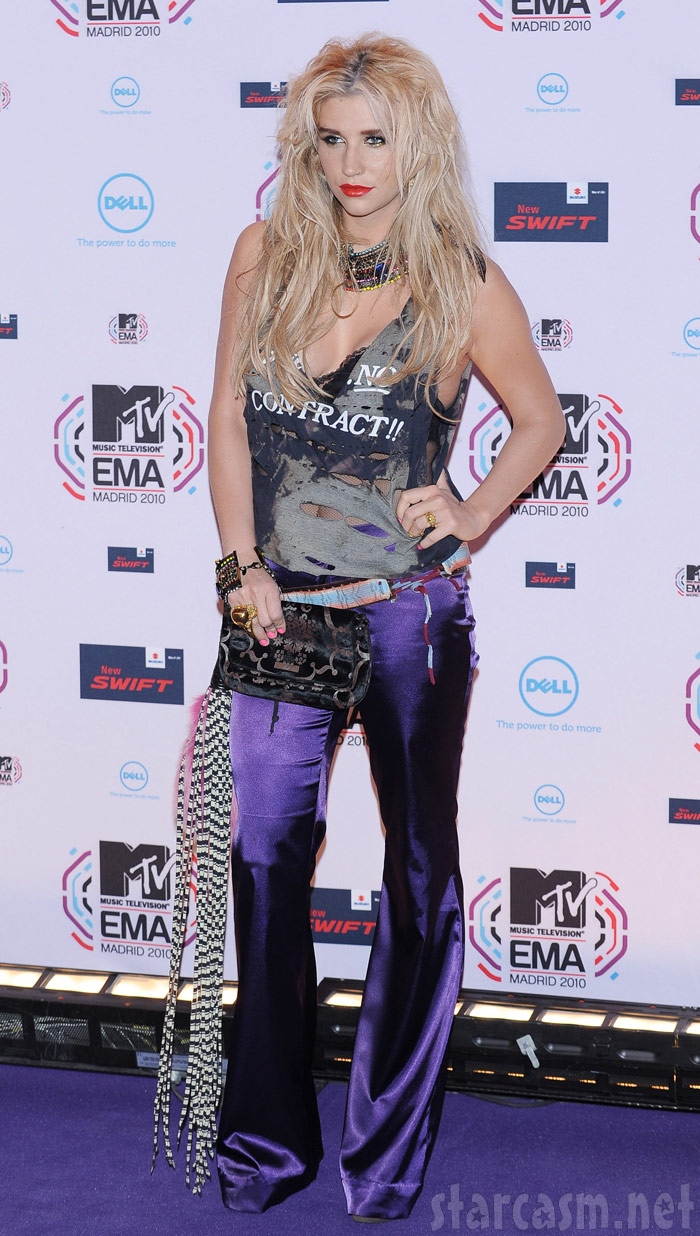 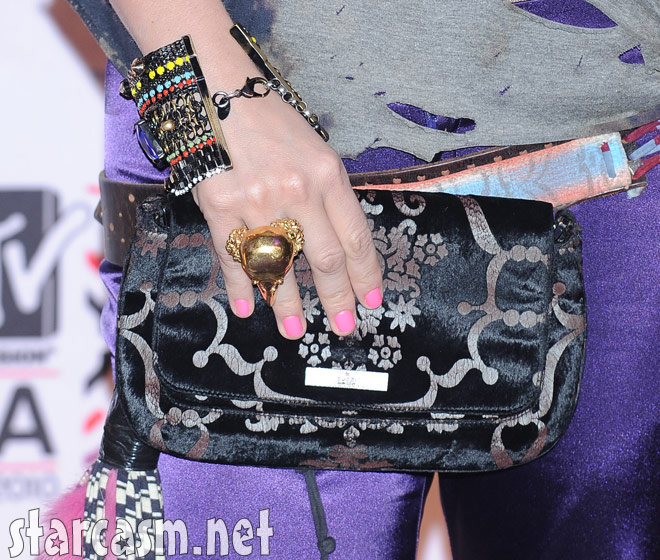