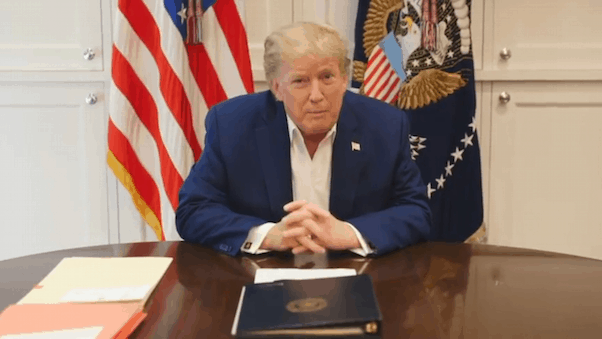 CELEBITCHY – Donald Trump’s hospital stay after being diagnosed with COVID-19 has been filled with the same misdirection, stage props, and unreliability we’ve come to expect even when he’s not dealing with a life-threatening illness. Trump aparently has “very concerning” symptoms, including difficulty breathing, and had to be given oxygen at the White House days ago

JEZEBEL – While Trump says he’s “doing very well,” he’s been given two drugs — dexamethasone (a steroid) and remdesivir (an antiviral) — that are “usually reserved for moderately to severely ill covid patients”

REALITY TEA – New full-time Southern Charm cast member Leva Bonaparte — she’s been a friend of the cast and appeared as such in several episodes over the years — is pushing back against claims she was only added to the cast to give it a token person of color. Although, if ever a show needed a huge cast shake up to better represent people of color, Southern Charm would be it

LAINEY GOSSIP – The upcoming remake of The Witches looks to be a stunner: “Is this, or is this not, the most you’ve ever been ITCHING to see Anne Hathaway play a role? And it makes sense, doesn’t it? Everyone who has ever called her ‘extra’ or thought she was a bit much – not that I ever subscribed to that particular philosophy – has to admit that here, in high camp, is exactly where she should be. Right? I’m very, very excited, even though I’m clearly a bad parent because I played the trailer without thinking it might traumatize my otherwise tough kid, which it very much did. ”

GO FUG YOURSELF – This will probably be my favorite headline of the day: “Holy Balls, Balmain’s Show Was Long and Full of Atomic Shoulders”