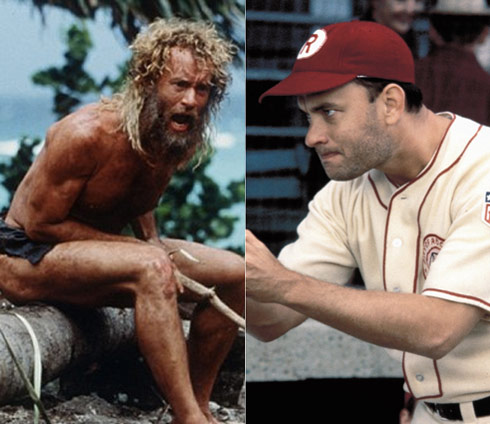 Tom Hanks sat down with David Letterman last night to discuss his latest film Captain Phillips but started out the conversation by revealing that he’s been diagnosed with Type 2 diabetes.

“I went to the doctor and he said ‘You know those high blood sugar numbers you’ve been dealing with since you were 36? Well, you’ve graduated. You’ve got type 2 diabetes, young man,'” the 57-year-old actor stated.

During Hank’s already legendary Hollywood career he’s taken on a number of roles that have required either a significant gain or loss of weight, which could have contributed to the diagnosis. In the 1992 film A League of Their Own he put on 30 pounds to play the unforgettably grumpy baseball manager Jimmy Dugan. For 2000’s Cast Away, the Oscar-winning actor dropped from 225lbs to 170lbs to play the role of a man left stranded on a remote island.

“He’ll have to watch what he eats very closely, he’ll need to exercise regularly but there’s no reason he can’t live a perfectly normal life. In dramatic weight gain and dramatic weight loss, the equilibrium of the body is just completely off. So that might predispose him to developing type 2 diabetes later.”

When Letterman asked him what his high school weight was, Hanks answered “96lbs.”

To find out more about diabetes, we encourage you to visit the official website of the American Diabetes Association here.