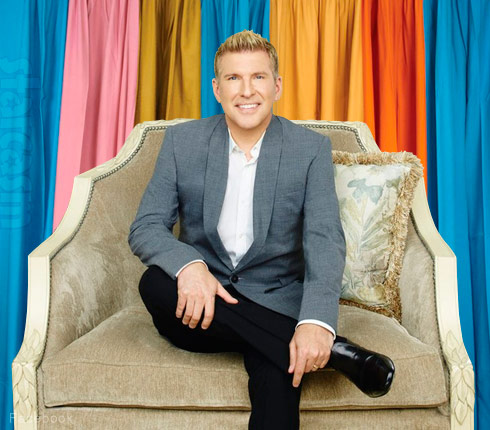 The show is a result of a deal between USA and Embassy Row (Watch What Happens Live, Talking Dead). “Fans can’t get enough of the Chrisleys, and we’re excited to give viewers an even bigger dose of this entertaining, unpredictable and lovable family,” said Jackie de Crinis, EVP of Original Programming for USA. “Giving Todd an opportunity to bring his unique voice and unfiltered personality to late night is an opportunity we didn’t want to miss.”

In addition to the talk show venture, USA has also committed to a “spinoff pilot around the Chrisley family.” From the press release:

Additionally, viewers are in store for even more laugh-out-loud Chrisley moments. The network has signed a deal with Maverick TV to produce a pilot spinoff of CHRISLEY KNOWS BEST. As the Chrisley family enters new life chapters, there are a lot more stories and adventures to unfold.

So what do you think — would you tune in for a talk show hosted by Todd Chrisley?