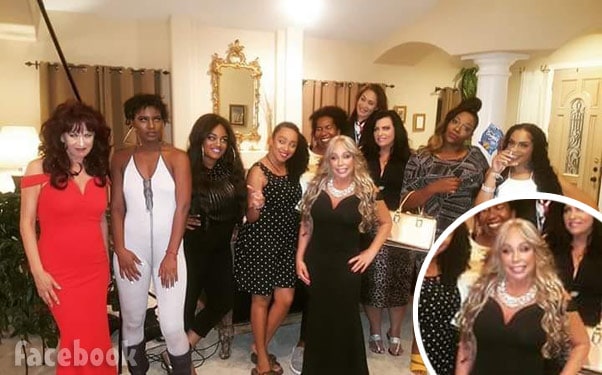 Mary Colombo and her daughter Brittani are one of the three new mother/daughter duos added to the second season of TLC’s popular sMothered reality series, but this isn’t the first time that Mary has filmed for the reality show cameras!

Mary was one of the cast members of a show called Vegas Divas that looks to have been filmed in 2018-2019. “Vegas Divas is a Reality show about Up-and-Coming Women ready to bust out onto the rapidly growing Entertainment scene in Las Vegas,” reads the promotional billing for the series.

If you are wondering why Mary, who lives in Florida, was featured on a show about women in Las Vegas, it appears that she was considering relocating to Sin City at the time. Here’s how Mary was described on the show’s Facebook page:

This new DIVA is making her move from Florida to Las Vegas! She’s a Private Investigator, Model and Actress, and she’s about to uncover the mystery of “Does what happened in Vegas, really stay in Vegas?” #vegasdivas 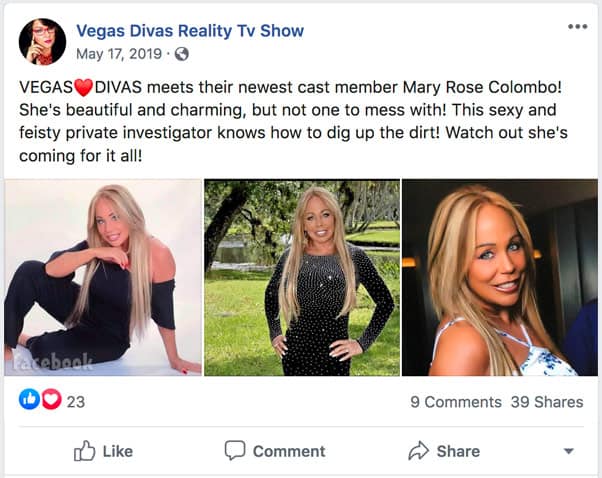 If you’re curious about Mary’s history as a private investigator, that is actually true. Her ex-husband was a private detective in Connecticut for 12 years, and Mary worked at his agency. (He was a former police officer, which might explain why Mary’s daughter Brittani chose to pursue a career in law enforcement.)

Here’s more about the show from a fundraising page set up in hopes of crowdsourcing some extra revenue:

Vegas Divas Reality TV Show Creator Holly Harrison is a Las Vegas Entertainment Entrepreneur, seeking out the most Talented and deserving Women in the local entertainment industry. Follow Holly as she takes these boldly driven Women and shatters the Age-old belief that hat happens in Vegas, stays in Vegas!! 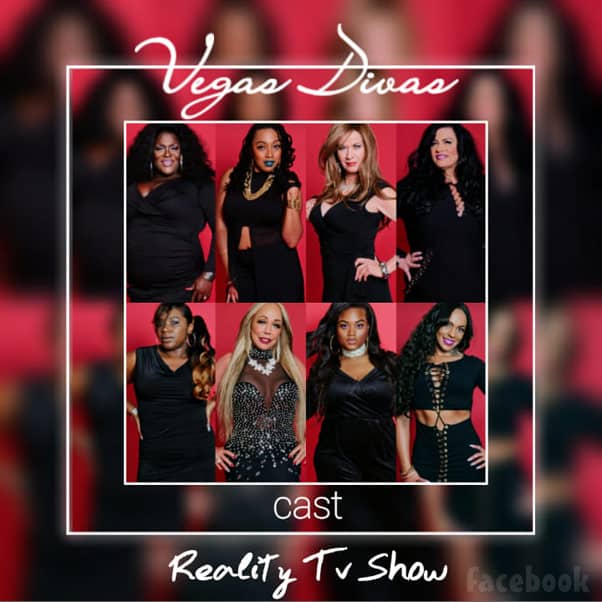 Up-and-coming Women busting out onto the biggest entertainment scene. Comedians, Radio personalities, Script Writers, Singers, Models and Performing Artists and Producers. They do it all while overcoming Life’s many challenges and obstacles.

Demographic: Women in their late 20s to 50s who are going through their own personal struggles while striving to reach their Dreams of becoming Successful Divas.

Description: in this style of Orange County Wives, Love & Hip-Hop and Dance Mom’s, Vegas Divas is a Reality show about Up-and-Coming Women ready to bust out onto the rapidly growing Entertainment scene in Las Vegas. Among our cast are Comedians, TV and Radio personalities, Entertainers, Models/Actresses, screenplay writers, Makeup Artists and Talent Managers. We follow these Women through their journey towards success while facing obstacles both personally and professionally.

The Show takes an inside look into many facets of the Las Vegas Entertainment Industry and shows just what it takes for our cast to Thrive and Succeed. Through challenges, development and professional guidance, these Divas will be put to the test to see if they have what it takes to reach the top and stay there.

Through telling their stories, we hope to Empower and Inspire other Women to take the leap and go after their Dreams; no matter what Life throws at them. Vegas Divas has such Exciting, Intense and Unique blends of Creative Flair and will no doubt become the next Hit Reality TV show.

Unfortunately, it doesn’t appear as though Vegas Divas got much past the pilot episode stage — if that.

There are LOTS of promotional photos of the cast, but only a few “sizzle reel” video clips. Here’s one that features Mary…pushing another woman into a swimming pool!

And another clip without Mary:

You can’t watch Vegas Divas (yet?), but you can certainly keep seeing Mary on your TV by tuning in to new episodes of sMothered airing Sunday nights at 10/9c on TLC!

TLC sMOTHERED spoilers: Did Angelica marry Jason? Did he divorce his wife Viviana?