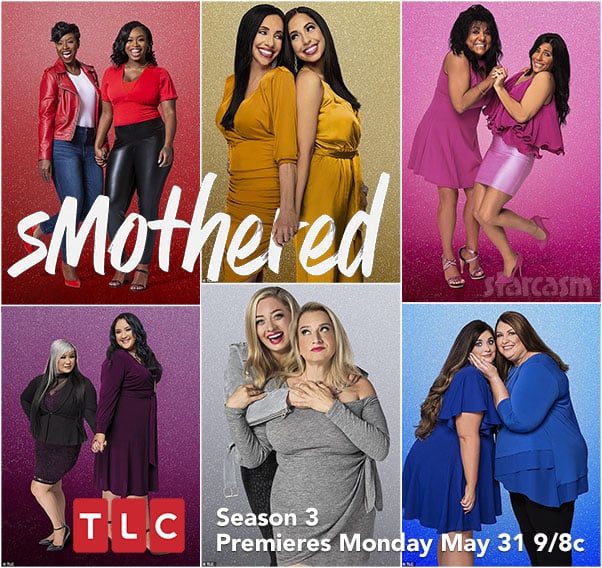 TLC’s too-close-for-comfort mother/daughter relationship reality series sMothered is coming back! The network just announced that Season 3 will premiere May 31 and the cast will be split down the middle with three new duos and three returning duos from Seasons 1 and 2.

I’ll let TLC sell their own wares via their press release announcing the new season:

Everyone’s favorite sMothered pairings are returning along with some brand new mother/daughter duos that will leave jaws on the floor. If you thought you’d seen it all last season, wait until you meet our new pairs who share underwear and exchange Brazilian waxes. These outrageous moments add to the shocking relationships that we couldn’t peel our eyes away from past seasons. While following the lives of these six devoted and extreme duos, viewers will have a front row seat to their unique rituals and unbreakable bonds. sMothered returns on a brand new night and premieres Monday, May 31 at 9/8c.

The description from TLC is pretty great, but it’s just words. I’m guessing that reading them didn’t quite give you that sMothered cringe buzz you were longing for, so here’s the preview trailer — which includes the aforementioned Brazilian waxing exchange:

I’m not sure how TLC’s description of the new season failed to mention one of the mothers inseminating her daughter? I think I would have gone with that over the underwear swapping thing. 😂

OK, so are you ready to meet the moms and daughters? We will start with the new duos and conclude with the three OG pairs we all got to know a little too well in Seasons 1 and 2.

UPDATE – I have added last names, Instagram links, and a couple tweets with links to posts we’ve done about the new season. 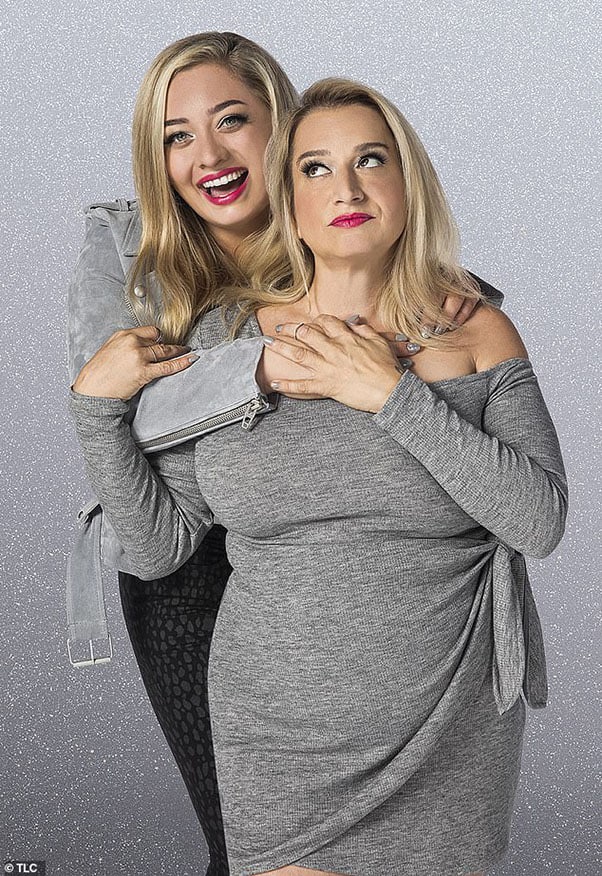 Mom Amy DeAngelo and daughter Carina DeAngelo are Hawaiian panty-swappers who also share a bed and take showers together. Their connection goes beyond the present as the two believe they have a spiritual connection and knew each other in a previous life. Despite their tight bond, Amy is beginning to realize that their relationship might be unhealthy and might be interfering with their ability to have functional romantic relationships.

Oh, and did I mention they have eleven pets, including two great danes and eight ducks?
🐕🦆🦆🦆🦆🦆🦆🦆🦆🐕

In addition to giving each other Brazilian waxes and watching each other's sex tapes, #sMothered mother/daughter duo Karla and Rykia reveal something else in tonight's premiere: Rykia is a surrogate and 4 months pregnant! Get an update on the surrogacy: https://t.co/InyQbd7oJ3 pic.twitter.com/IRlVlXQP3l 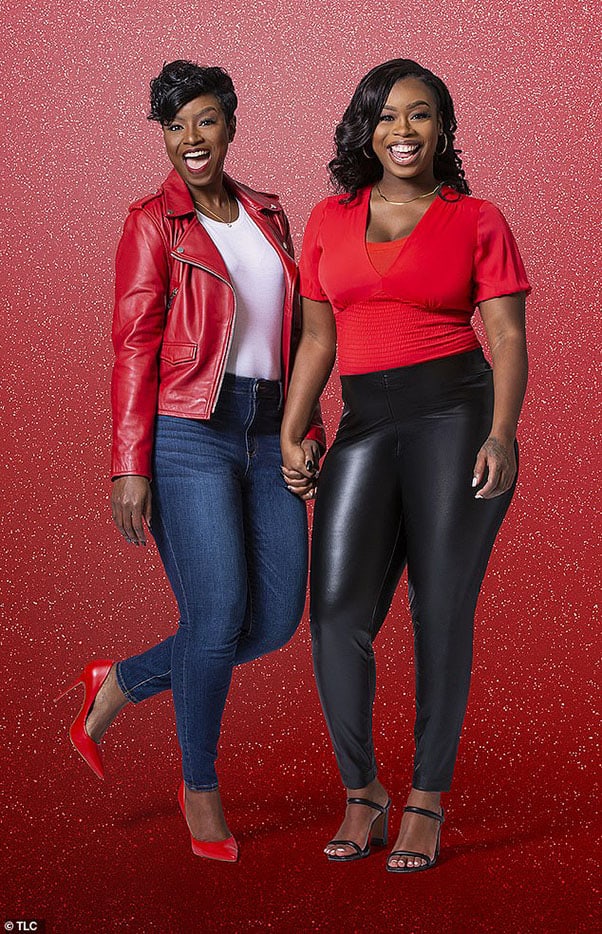 Brazilian wax lasses Karla McCoy & Rykia Lewis are from Alabama, so there is sure to be some classic TLC “friends react” footage!

In addition to the friends cringe, viewers will also get to see Rykia’s brother Rasheed’s aversion to his mom and sister’s propensity for sharing too much inappropriate information. Rasheed is so put off by #Rykiarla that he hasn’t even introduced them to his girlfriend of nine months! (The press release mentions “new developments happen in Karla’s life and her childrens,” and I have no idea what that could mean.)

#sMothered fans can't get enough of new couple @LaurenKReese & @sMotheredCajun, so we tracked down wedding photos & video from the Lauren & Laura Leigh's 2018 ceremony! Yes, they're every bit as awesome and fun as you'd expect! https://t.co/BQvZoU6603 pic.twitter.com/ckgdMQIzw8 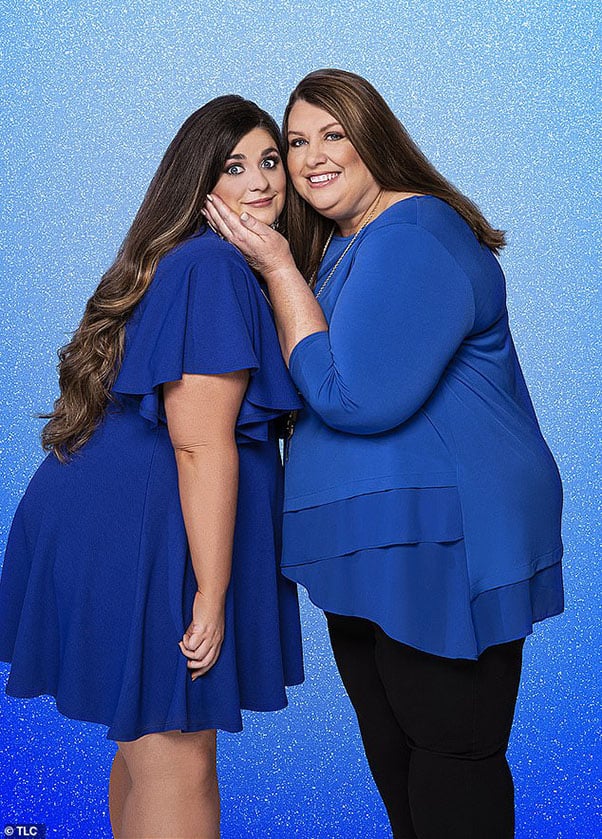 Mom Lisa Kimball and daughter Lauren Reese are another Southern duo with serious boundary issues. They also wax each other, but they stick to mustaches as opposed to their, um, Brazilain Southern hemispheres.

Lauren is in a same-sex marriage with her wife, Laura Leigh, and the couple has been trying to have a baby. Judging from the preview trailer, Lauren’s mom Lisa is some sort of nurse qualified to do artificial insemination? If not, then this duo’s story is going to be even crazier than it seems in the trailer!

Congratulations to #sMothered couple Angelica and Jason on the birth of their daughter Amara… 11 MONTHS AGO! Get all the baby deets, plus we investigate whether or not Angelica and Jason ever got married. (Season 3 premieres tonight at 9/8c! on @TLC) https://t.co/aceN5OoCwK pic.twitter.com/6sQnGeXNuB 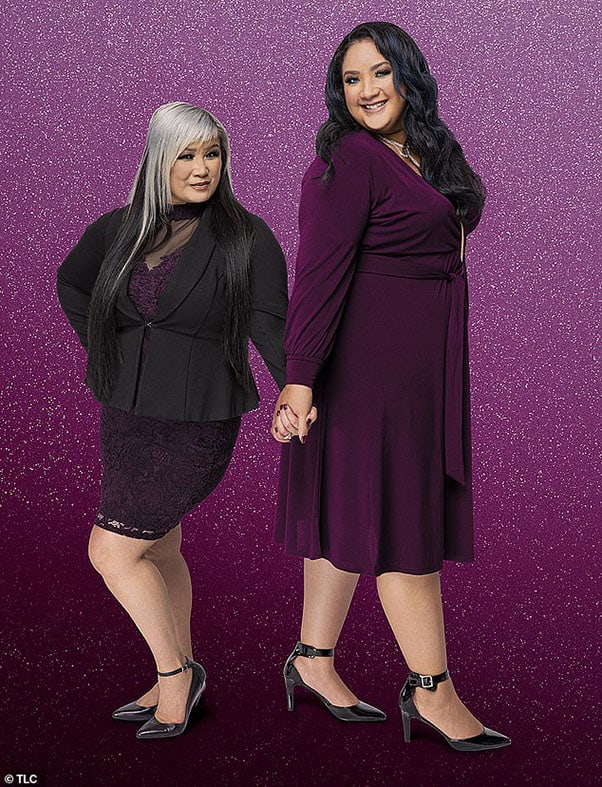 Sunhe Dapron and Angelica Michaux share a vault-like tightness that somehow Angelica’s fiancé Jason has been able to crack…sort of.

When Angelica and Jason announce their engagement and pregnancy to their families, things go downhill fast. Not only do Angelica and Jason have Sunhe’s options to consider, but now Jason’s mom is in the picture and she isn’t going back home anytime soon! What is supposed to be the happiest time for a couple leaves Angelica wondering if she wants to marry Jason at all. 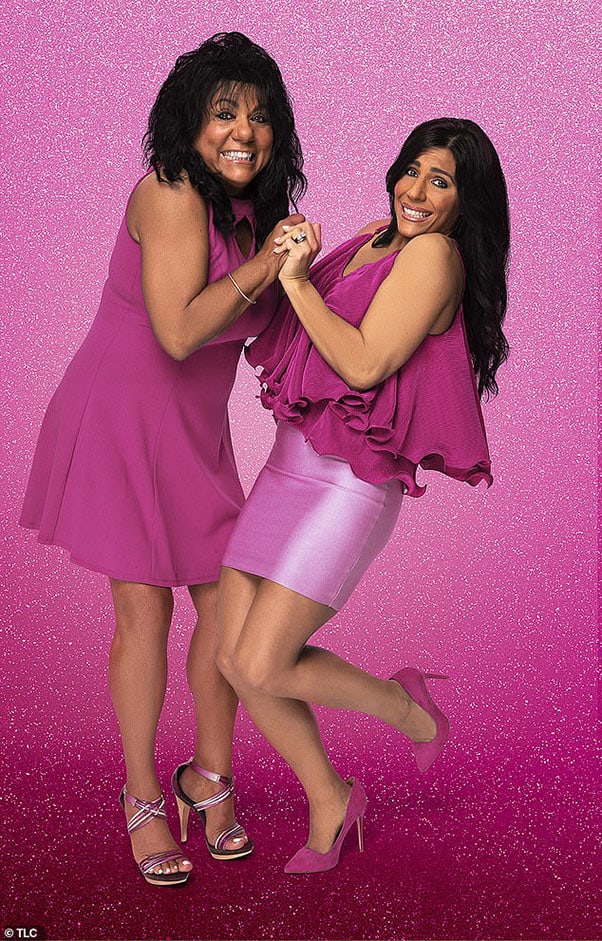 The loud Italian duo from Chicago are living apart again after Carlo quit his job at his family’s pizzeria and cancelled Cristina Bertolli’s plan for a home renovation. Once the pandemic hit, Carlo decided he wanted to open his own pizzeria, and Cristina became a business owner overnight. With the stress of the new business, Cristina pulls away from Kathy Crispino, who is desperately clinging to their old traditions. But Kathy won’t give up, and finds ways to insert herself back into her daughter’s life, whether Carlo wants her there or not! 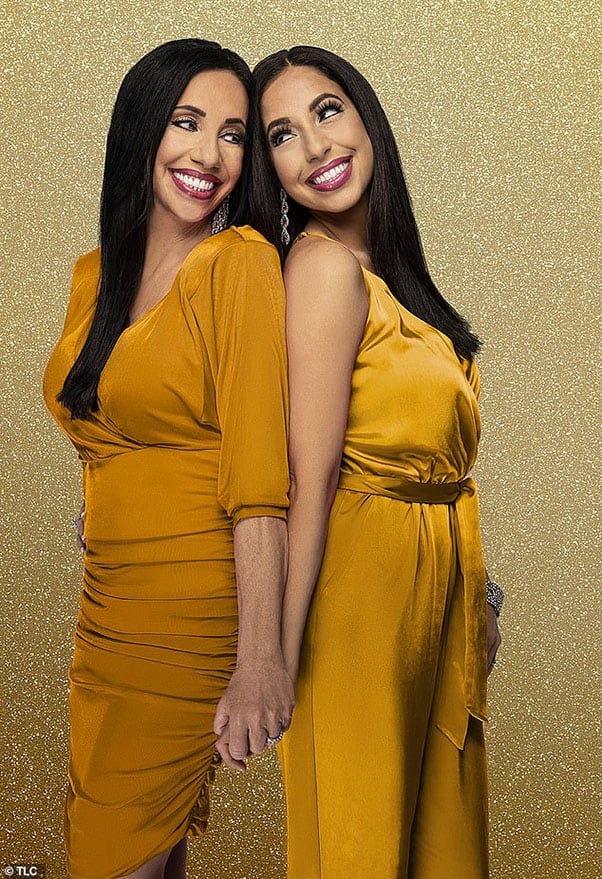 The two dynamic brunettes known for their coordinating outfits and loud personalities are reunited in Florida after spending months apart due to the pandemic. Not wanting to be without Cher Hubsher and her granddaughter Belle for that long ever again, Dawn Hubsher hatches a plan to convince Jared to let Cher and Belle stay in Florida with her. Dawn is never one to be scared by boundaries, but has she gone too far this time?

sMothered Season 3 premieres on Monday, May 31 at 9/8c on TLC! (I assume it will also be available on discovery+, but it has been a bit of a crap shoot on TLC’s currently airing reality series.)

Want to talk about the preview trailer, the new season, and/or the new cast? Join the conversation over on Instagram: