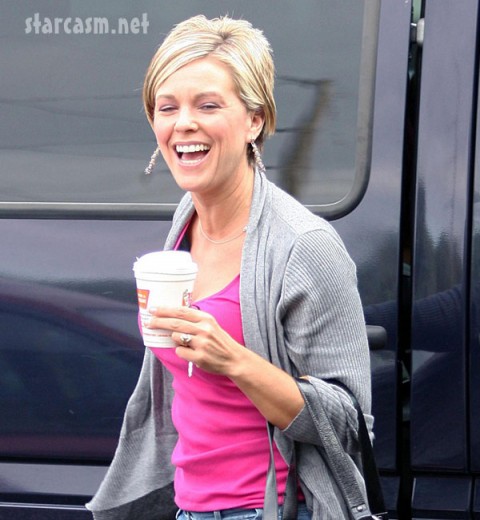 Kate had a good day Wednesday. She got some coffee, ran errands, picked her children up, took everyone to gymnastics and filmed an episode of her new show, “Kate Plus 8.” The reality star was unable to hide her joy as TLC followed her throughout her busy day.

While Kate was out and about, TV and the internet were burning up with news of Jon’s name being dismissed from the title of the show that brought them fame and more than enough money to feed, clothe, and educate their eight children. Jon will still be on the show occasionally, but there are no guarantees. Douche is as good as gone. That’s what the smiles in Kate’s eyes are telling us.

Jon still has prospects though – he sort-of-might film a reality show with Michael Lohan called Divorced Douches Chasing Hot Tail, or something along those lines.

Here’s your first official glimpse of the entire cast of Kate Plus 8! (Click to see the larger image) 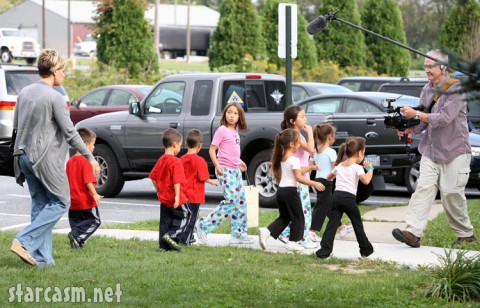 And another picture of Kate Plus 6: 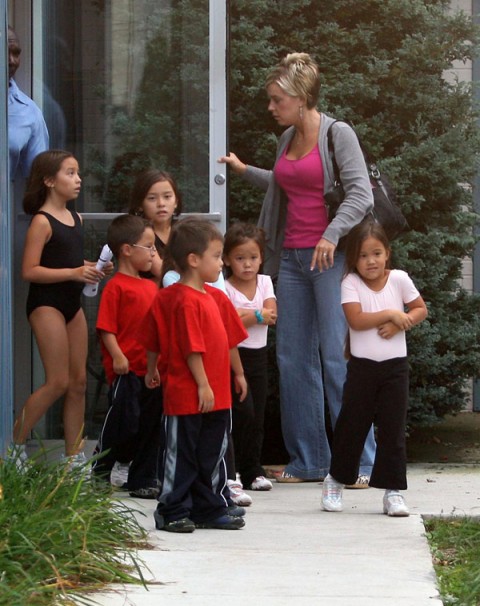