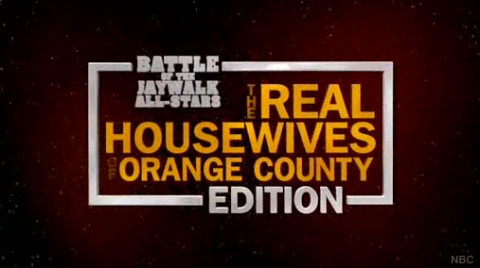 Vicki Gunvalson, Tamra Barney and Jeana Keough from Bravo’s The Real Housewives of Orange County made an appearance on The Jay Leno Show tonight as contestants on one of his “Jaywalk All-Stars” segments! Here are parts one and two from NBC.com:

Ahhhhh, I can’t wait for the Orange County catfights to begin again when season five kicks off on November 5th!

UPDATE – Looking for the Real Housewives of Atlanta on Jay Leno? CLICK HERE!