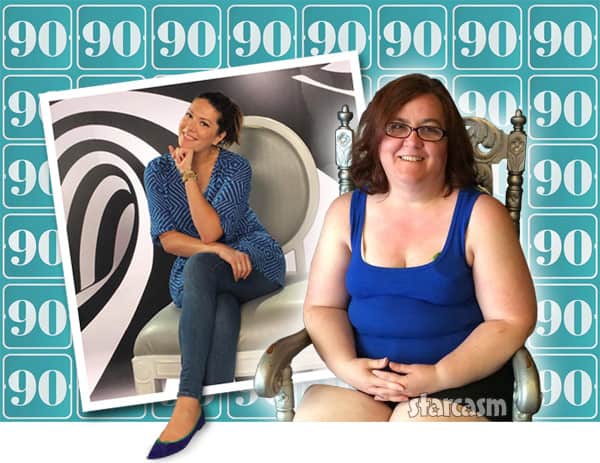 At the same time that TLC announced the cast and premiere date for the second season of Before the 90 Days, the network also revealed that the franchise would be expanding even further with a live after show!

The first installment of the live after show will premiere Sunday, July 8 after an all new episode of 90 Day Fiance: Happily Ever After, and looks like it will be hosted by comedian, 90 Day Fiance fanatic, and after show host vet Michelle Collins. Also set to appear are 90 Day Fiance vets Danielle Jbali and Loren Brovarnik, as well as Bad Girls’ Club star Tanisha Thomas, Nation of Recap host Jordan, and our Reality Tea blogger buddy (and podcaster) Erin Martin!

It’s “unclear a little bit” how long the after show will be, but I am assuming with all the star power that it will be an hour — which means THREE HOURS OF 90 DAY FIANCE! That’s like an entire hobbit movie y’all!

Here is the full press release from TLC about the live after show:

Fans just can’t get enough of TLC’s popular franchise 90 Day Fiancé, and now, for the first time ever, the network is super serving viewers with a special two-hour episode Sunday, July 8 at 8/7c. The action packed night begins with the continuation of 90 Day Fiancé: Happily Ever After? and some of the most jaw-dropping moments in franchise history. We then go live with comedian and avid fan of the 90 Day Fiancé franchise Michelle Collins who breaks down what viewers just witnessed and allows fans to take sides in this epic confrontation.

Slated to appear in the live after show is Danielle Mullins-Jbali (90 Day Fiancé: Happily Ever After? season 2), who comes from one of the MOST INFAMOUS break-ups of the entire franchise. Danielle will answer fans’ questions, and react to couples who are going through the same experience she did, along with former cast member Loren Brovarnik (90 Day Fiancé: Happily Ever After? season 2). Also joining the conversation are the biggest super fans who are obsessed with these couples and are ready to get into the nitty-gritty details including Erin Martin (blogger and host of “Pink Shade with Erin Martin” podcast), TV host and super fan of all things reality Tanisha Thomas and “Nation of Recap” host Jordan. The hour will include fan tweets, on-air polls, and hashtag battles driven by social conversation. Viewers will also get a sneak peek of the new season of 90 Day Fiancé: What Now?.

Spending the day before my birthday with the people I love most… the cast and fans of #90DayFiance! Hosting an all-new LIVE fan after show with a lot of surprises and special guests incl Danielle (!!!!!!!!) I am as devoted to this show as 65% of the couples are to each other (aka til d do us p) so tune in July 8 at 9/10c only on @tlc!!! The season is about to get fully insane btw. Catch up if you haven’t already trust me ??? #90DFBT90D

This sounds like a lot of fun! Although I am a bit hurt that Starcasm didn’t get an invite 🙁 ***SIGH***

Regardless, will will most certainly be tuned in! All of the fan guests are AWESOME, and Danielle is never not entertaining! Plus, she will be appearing with Loren Brovarnik, so there is always the chance that those two will rekindle their infamous “Mean Girls” Reunion feud!