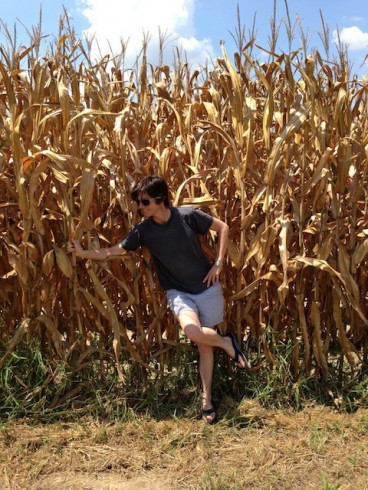 Tig Notaro, who has described her own appearance as that of a “he-she robot” and once beat pneumonia, an intestine-eating bacteria, the loss of her mother, and the loss of her long-term girlfriend only to get cancer, is reaping the rewards of the comedy gods. She’s following her now-legendary 2012 set Live with a brand spankin’ new special that HBO just bought the rights to.

Said Michael Lombardo, HBO’s President of Original Programming, “Tig Notaro is a ‘comedian’s comedian,’ whose uniquely fearless and always funny voice has won acclaim from critics and fans alike. I’m so happy that we will be able to introduce this remarkable performer to a larger audience

In announcing the special on Facebook, Notaro asked–only half-jokingly–”What city should I tape this in?!”

It was Louis C.K. who said of the performance that became Live,“In 27 years doing [standup], I’ve seen a handful of truly great, masterful standup sets. One was Tig Notaro last night at Largo.” Since then, The Tigster has also featured in a bevy of television programs and films, from The Office and Inside Amy Schumer to Bob’s Burgers and the debut season of Transparent. And she remains, without a doubt, the comedian most comfortable with extended, painfully-awkward silences in the entire world. Her major network debut should be a thing of uncomfortable beauty.