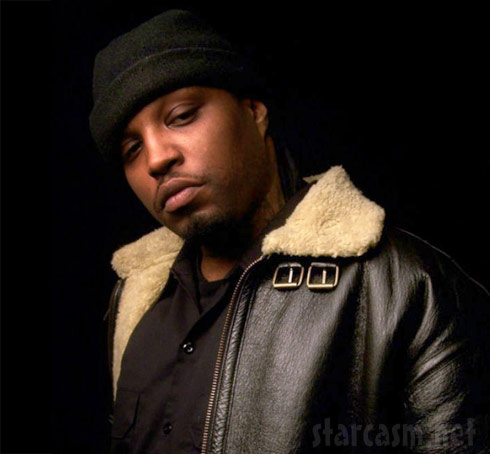 Ricky “Lord Infamous” Dunigan, one of the founding members of Memphis-based rap group Three 6 Mafia, was found dead in his mother’s home in Memphis Friday night. Although no official cause of death has been determined, fellow Three Mafia 6 member and half-brother DJ Paul says he died of a heart attack. Lord Infamous was only 40 years old at the time of his death.

“He passed away in his sleep from a heart attack,” DJ Paul told The Hollywood Reporter. “He said he was tired, he wanted to sleep. He sat down at the kitchen table, put his head in his arms to lay down … to get some sleep.”

His mother reportedly left the house for several hours and returned to find her son had passed away while sleeping at the table. Lord Infamous previously had a heart attack in 2010.

DJ Paul also spoke with Rolling Stone about Lord Infamous, telling the magazine, “He was a legend in the game, truly ahead of his time,” and then adding, “He was such a great lyricist and he always came with these different styles in his rap and his flow.”

DJ Paul also emphasized that his friend and half-brother wasn’t just a great rapper, but a a great human being as well. “Lord Infamous was the kind of person that never cared about having a lot of money or this or that. He just liked to make music, he liked to rap, and he liked to make people happy.”

Paul also took to Twitter to hare his grief with his followers:

Other friends, bandmates and admirers of Lord Infamous took to Twitter to express their grief after learning of his passing:

Rest in Peace Lord Infamous please respect the family and dear friends during this tragedy.

I will never forget the shows we rocked together . My heart is in pieces

I remember when I was 15 I use to call Ricky rapping to him all the time. I thought we'd grow old together to be honest. This is a nightmare

I called us "the temptations" after this photo #longlivethe6 pic.twitter.com/NUlotwriDF

I don’t even know what to tweet. One of the gods has passed away. May uncle Lord Infamous rest in peace. Sad day. Confused at the moment.

Rest In Peace Uncle Lord Infamous. I leaned more than you will ever know from this man. He will be missed forever. This man in single handedly responsible for a large chunk of the rap game. A legend has went home. This is the only pic I have of us. #Mafia4Life ….. I’m bout to go 10 times harder now.

I never thought I would even meet The Scarecrow let alone work with him and become part of the mafia. Honored to grace his presence. #Mafia

I wish I could just wake up.

He gave us the name #Triple6Mafia he was a pioneer, he was a god, he was my friend. RIP Ricky “Lord Infamous” Dunnigan

This sh!t is hitting me harder every second. I can’t believe my big homie is gone.

I am truly hurting over here. I can’t even imagine what Paul is going through.

I always believed he was immortal and indestructible when in the end he was a man just like me. I know now what I must do.

@LOCODUNIT [instagram]: R.I.P My Uncle Lord Infamous !! Wish God Would have Took me Instead ! I Have No Purpose on Dis Bullsh!t Earth !!!! I love u Ricky ! Gangsta !

Never would’ve thought the most magical night I’ve ever had in the studio would also be the last time in a studio with #LordInfamous cherish every moment with the ones you love. #RIPBigHomie

Thx you for your prayers , I'm very hurt, can't believe it's true