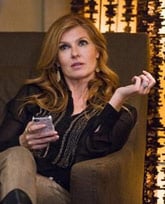 When ABC cancelled the show Nashville after ratings sagged in the 4th season, the devoted hard-core fan base of the show cried out for more. Now the drama has found a new home in a pretty logical place, Country Music Television.
Read More... 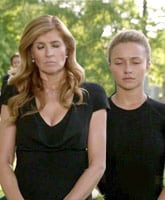 ABC surprised fans and industry experts when it announced earlier today that their country music based drama Nashville has been canceled after four seasons.
Read More... 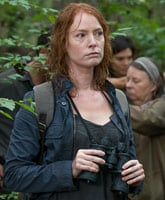 In our follow-up interview with actress Alicia Witt, she is finally able to spill the beans about her pivotal role as Paula on The Walking Dead: part Negan operative, part mirror image of Carol, all badass tragic figure! Keep reading to find out Alicia’s take on Paula, how she landed the role, and what it was like to have her face chewed off by a zombie!
Read More... 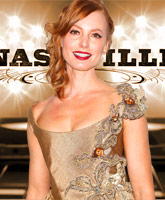 We at Starcasm are massive Walking Dead fans. We’re also a bunch of country music nerds. So when we heard Alicia Witt, one of the hardest-working women in show biz, was recently cast not only in AMC’s The Walking Dead but ABC’s Nashville, we knew we had to talk to her – if only to find out which is harder: chasing country music chart hits or running away from zombies!
Read More...