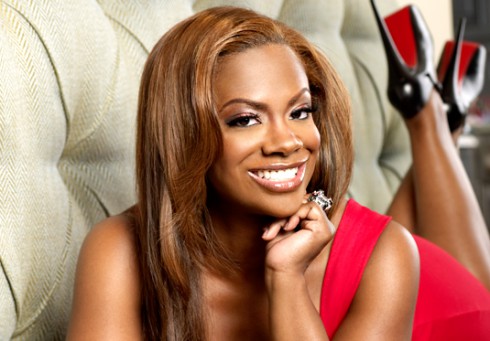 Kandi Burruss’ show The Kandi Factory aired last year as a one-time special, but after viewership went through the roof, Bravo picked it up as a series. The network announced earlier today the first full season of The Kandi Factory will premiere April 9 at 10/9c. In addition to the premiere date announcement, which is the same night as Kandi’s RHOA cast mate Kim Zolciak’s second season premiere of Don’t Be Tardy…, Bravo has also released a preview clip!

The Kandi Factory follows former member of the platinum-selling music group Xscape and Grammy award-winning singer/songwriter Kandi Burruss as she helps 16 aspiring artists jumpstart their dreams of success in the music industry. Having written mega-hits like “No Scrubs,” for TLC and “Bills, Bills, Bills” and “Bug A Boo” for Destiny’s Child, Kandi is a music veteran with an incredible eye for talent. In each stand-alone episode, she will put everything on the line by offering two proteges with no industry experience an opportunity of a lifetime – to master the key elements that make a star and a chance to fulfill their dreams. Kandi recognizes something special in each of the contestants and through the process she hopes to discover the next rising star.

From rocky recording sessions to stumbling through choreography, the transformations that the contestants undergo are a must-see as the show takes viewers through the gut-wrenching process of their makeovers with Kandi and her team of experts – comprised of producer Don Vito, choreographer Victor Jackson and stylist Kwame Waters. Don Vito, a sought-after producer, has worked on multiple genres in the music industry including Kim Zolciak’s breakout single “Tardy for the Party.” Victor is a Georgia-born choreographer who has worked on performances for artists including Lil Wayne, En Vogue and Chante Moore. And, with a stellar track record as a professional wardrobe stylist, Kwame is a personal shopper for some of the industry’s chart toppers including Perri “Pebbles” Reid, Tiny and En Vogue. The winner of each episode who creates a lasting impression on Kandi and her team will score the ultimate career break – an original song based on their personal life and written by Kandi herself, plus, a music video produced by her accomplished team.

The following are this season’s The Kandi Factory contestants and their respective hometowns:

And in case you missed it, Kandi Burruss has made it to the final round of Ryan Seacrest’s Favorite Housewives tournament! Kand is one of only five housewives remaining, including her Atlanta cast mates Kim Zolciak and NeNe Leakes. (Teresa Giudice and Lisa Vanderpump are the other two finalists.) So click on over and cast your vote! 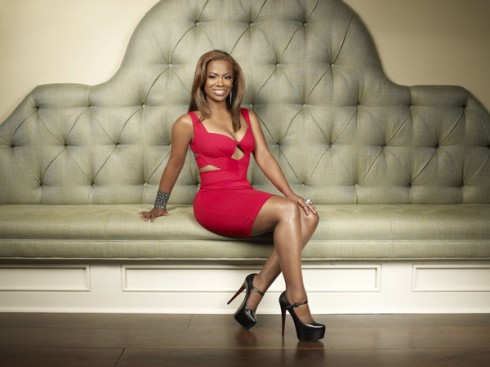 Need some Kandi swaying? Check out her CV via Bravo (You know those other ladies in the Top 5 can’t hang!)

Kandi Burruss is a Grammy Award winning singer/songwriter who resides in Atlanta with her ten-year-old daughter, Riley and fiancé, Todd. A former member of the platinum-selling music group Xscape, Kandi earned a Grammy for her work on TLC’s mega-hit “No Scrubs” and also wrote the number-one hits “Bills, Bills, Bills” and “Bug A Boo” for Destiny’s Child. In 2000, Kandi became the first African-American woman ever to win the American Society of Composers, Authors and Publishers (ASCAP) Songwriter of the Year award. An entrepreneur at heart, Kandi serves as a creator and executive producer of the show, in addition to owning her own businesses TAGS & TAGS II, Kandi Koated Nights, and Bedroom Kandi. With an eye for star power, she has cultivated hits for numerous musicians including Mariah Carey, Alicia Keys, Pink, ‘NSYNC, Usher and Whitney Houston. Kandi, along with her team of experts on The Kandi Factory, offers the chance of a lifetime for two hopefuls each week in mastering the key elements of becoming a star.

The Kandi Factory debuts on April 9 at 10/9c on Bravo.