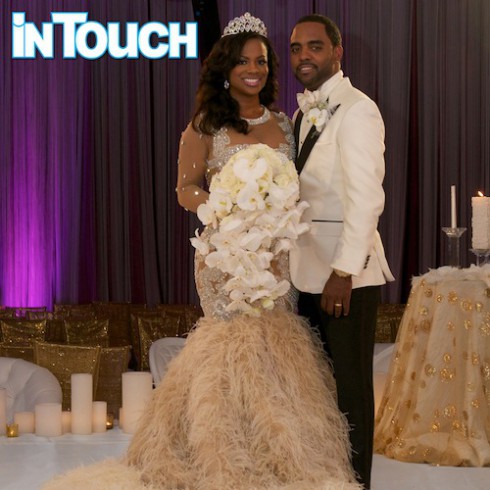 Kandi Burruss and Todd Tucker wed in front of 300 guests on Friday, April 4 — but we haven’t seen any pictures from inside the affair until now! InTouch nabbed the first shot of Kandi’s dress and spoke with the Real Housewives of Atlanta star about her big day.

“I didn’t know if I was going to be able to pull this all together. I couldn’t wait around hoping things would get better. I just had to do it and hope for the best,” Kandi said, explaining she planned the wedding in one month. She previously held off on plans because of Mama Joyce’s feud with Todd.

Fortunately, aside from a little spat at the rehearsal dinner, Kandi said everything went off without a hitch.

Although we only have one good look at Kandi’s dress for now, we’re sure to see much, much more about the wedding during Kandi’s upcoming special on Bravo.