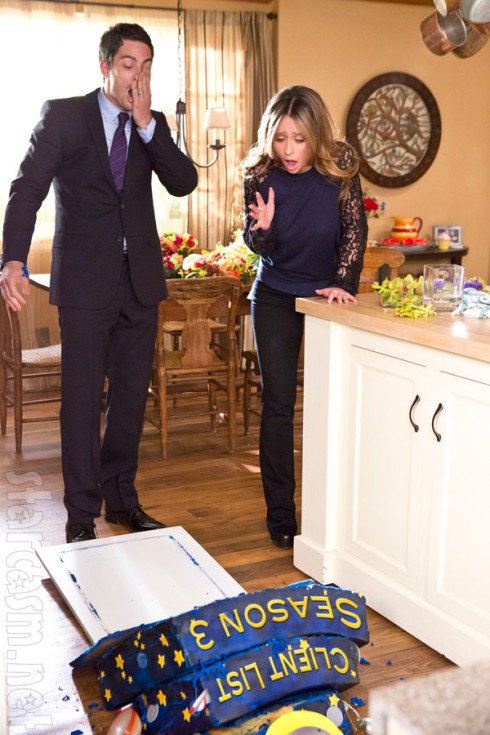 Noooooooooooooo!!! America’s favorite prostitute next door Riley Parks won’t be returning to our television screens as it was announced today Lifetime has canceled The Client List starring Jennifer Love Hewitt after two seasons. Although the Season 2 finale was down a little in the ratings compared to the end of the first season, it apparently wasn’t ratings that prevented the network from picking up The Client List Season 3, but was instead some behind-the-scenes drama involving Jennifer Love Hewitt and producers over the future of her co-star (and off-screen fiance and soon-to-be father of her child) Brian Hallisay!

According to Nellie Andreeva of Deadline.com, the major issue that prevented the return of the show was how to deal on screen with Jennifer Love Hewitt’s off-screen pregnancy. Andreeva heard that Executive Producer Hewitt wanted her real-life fiance Hallisay’s character Kyle Parks to be the father of her character Riley’s baby. Meanwhile, The Client List showrunner reportedly wanted Hewitt’s on-screen love interest (and baby daddy) to be Evan Parks, played by Colin Egglesfield.

“There are many story lines we are exploring,” Hewitt’s rep said at the time. “So any suggestion that we are not doing our best to develop a great season is simply not accurate.”

I guess if me and my fellow J Love fans are to remain optimistic, maybe this will open another door and we’ll be seeing her again soon starring in a new show. I’m fearful she might see being a first time mom and having a wedding coming up as the perfect opportunity to star in her own reality series. I’d like that just fine I guess, but I’d much rather see her in another acting role — especially one involving lots of lingerie. 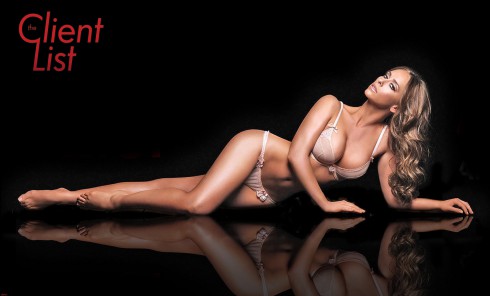